For all the love cars from the ’60s get, they were deficient in one enormously important way: they lacked safety features. That, combined with more and more cars on the streets and lax regulatory standards, meant that through the decade traffic deaths increased precipitously.

In 1970, in West Germany alone, 19,193 people were killed on the road, the most ever for the country. In other parts of the world, specifically the U.S., similar records were being set, leading the Department of Transportation to launch an experimental safety vehicle program.

The DOT wanted its program to become international and thus the European Enhanced Vehicle-safety Committee (EEVC) was founded in 1970. This new organization, with which Mercedes participated from the very beginning, was tasked with producing its own Experimental Safety Vehicles (ESVs).

Read Also: Mercedes’ New Hyperscreen Can Trace Its Roots Back To The F 200 Concept Of The ’90s 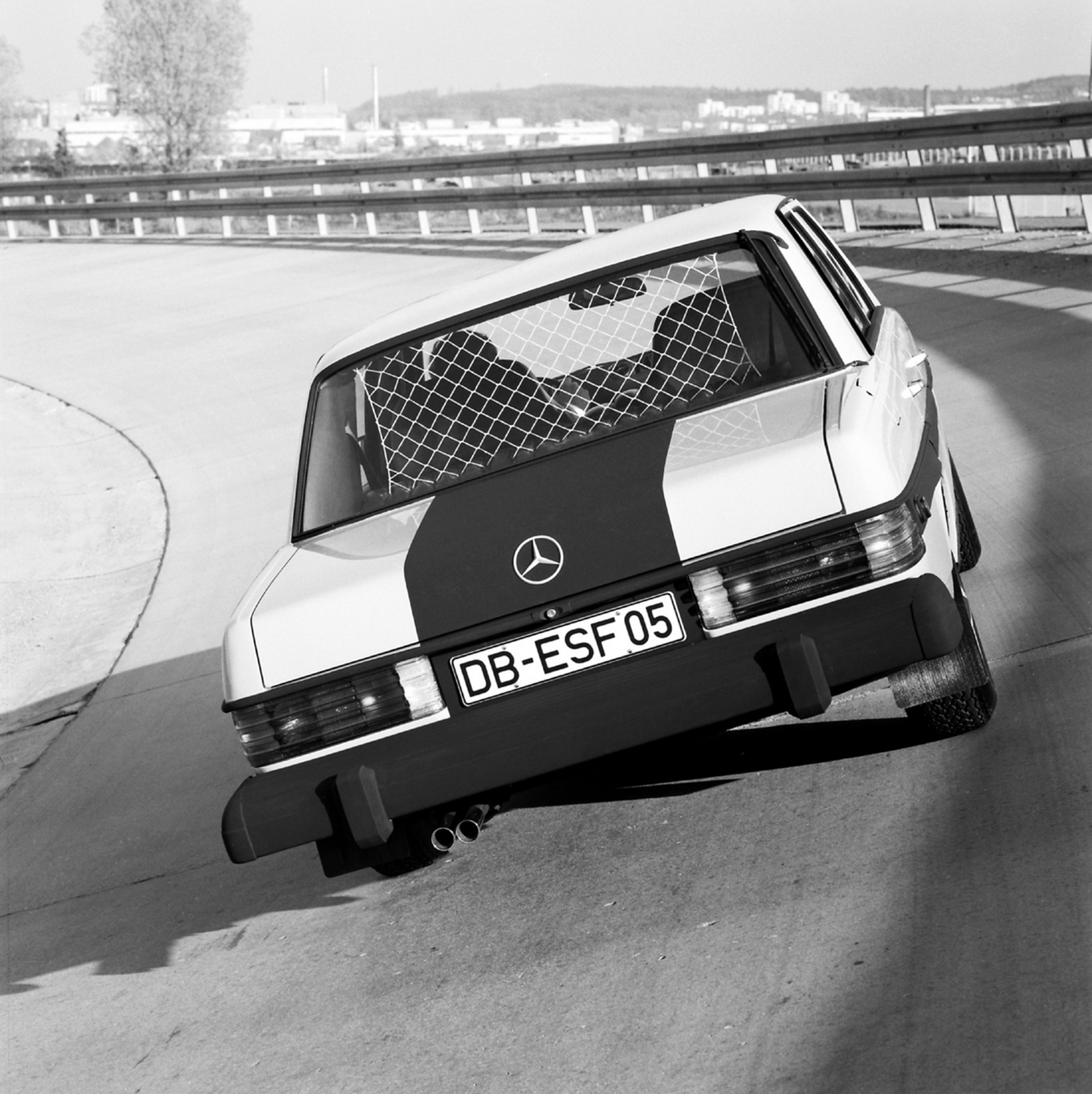 The first vehicle Mercedes produced under the program was the ESF 05, which was presented at the second ESV Conference in Sindelfingen, Germany, in late October 1971. Based on the automaker’s W 114 (“Stroke/8”) series, the car featured a number of safety innovations that wouldn’t make it into series production for years.

Per the EEVC requirements, the ESF 05 was subjected to front and rear impacts at 80 km/h (50 mph) and side impacts with a pole at 20 km/h (12.5 mph). It also had to be able to withstand a minor accident at speeds of up to 16 km/h (10 mph) without suffering permanent deformation.

To stand up to the impact requirements, the bodyshell structure was reinforced at the front and sides. The wheelbase was extended by 100 mm (4 inches) and the front was extended by 370 mm (14.5 inches). Under the hood, it received a V6 engine to gain space for deformations, and the dashboard was made of impact-absorbing sheet metal and covered in polyurethane foam padding. 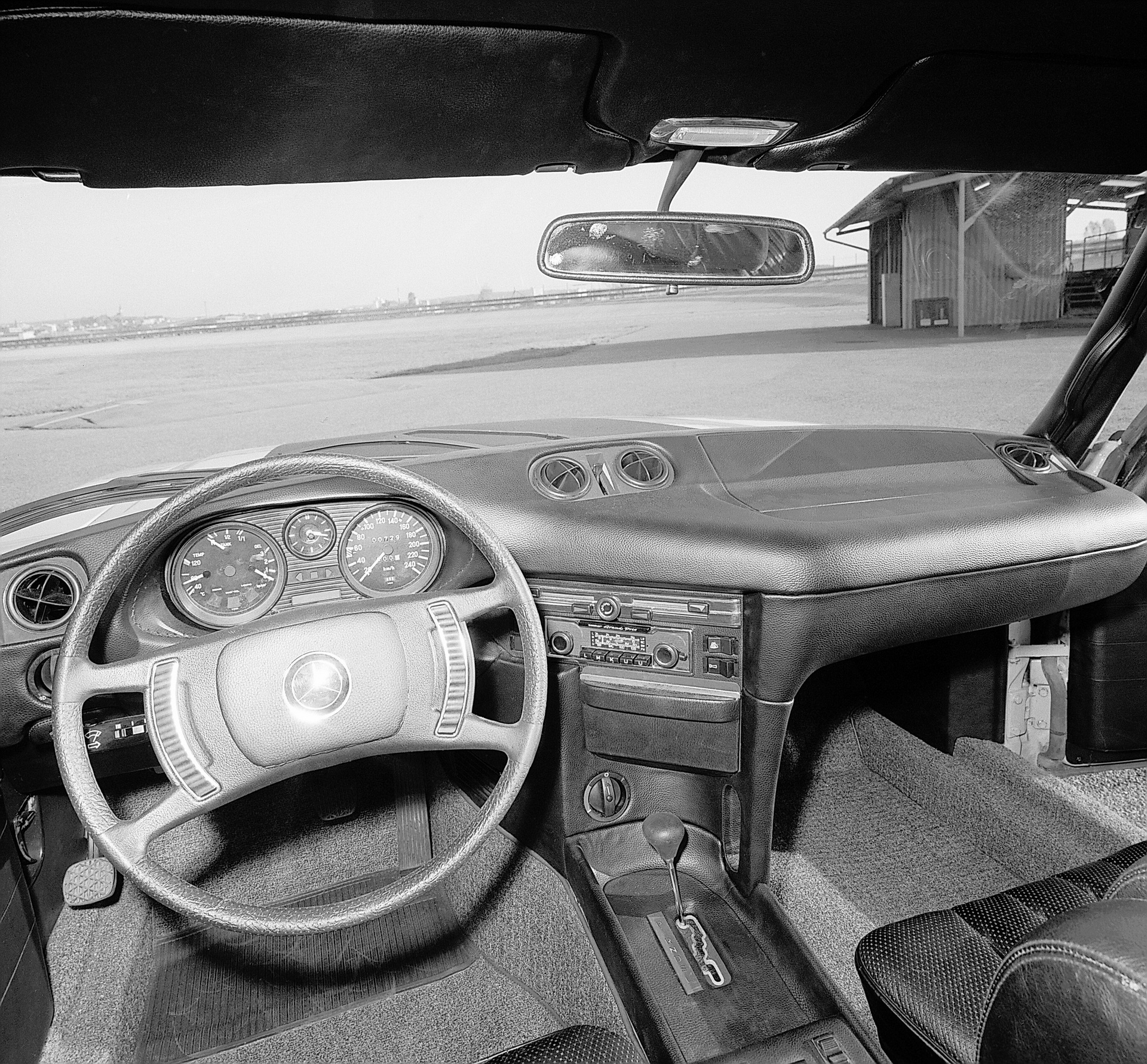 Mercedes also loaded the ESF 05 with self-fitting three-point seat belts, airbags in front of the driver and front passenger, as well as in the backrests of the front seats to protect rear passengers.

Since then, Mercedes has produced a total of 35 vehicles for the EEVC program. As years have passed, the rules have become much more strict and the safety systems very sophisticated, but the problems have become more complicated, too.

Mercedes’ latest ESF 2019 focused on the safety of electric drive systems and batteries. And as automakers work increasingly on creating autonomous cars, new questions have to be answered for the future like how, for instance, can you make a car safe when the driver is reclined or, even, sideways, as has been proposed in some autonomous concepts.

Although it’s an ever-evolving process, it’s one that has been undeniably been successful. Per Mercedes, just 2,719 people died on German roads last year, which represents a whopping 16,474 fewer than 50 years ago in West Germany. As befits such an important car, the ESF 05 can now be seen at the Mercedes-Benz Museum in Germany.