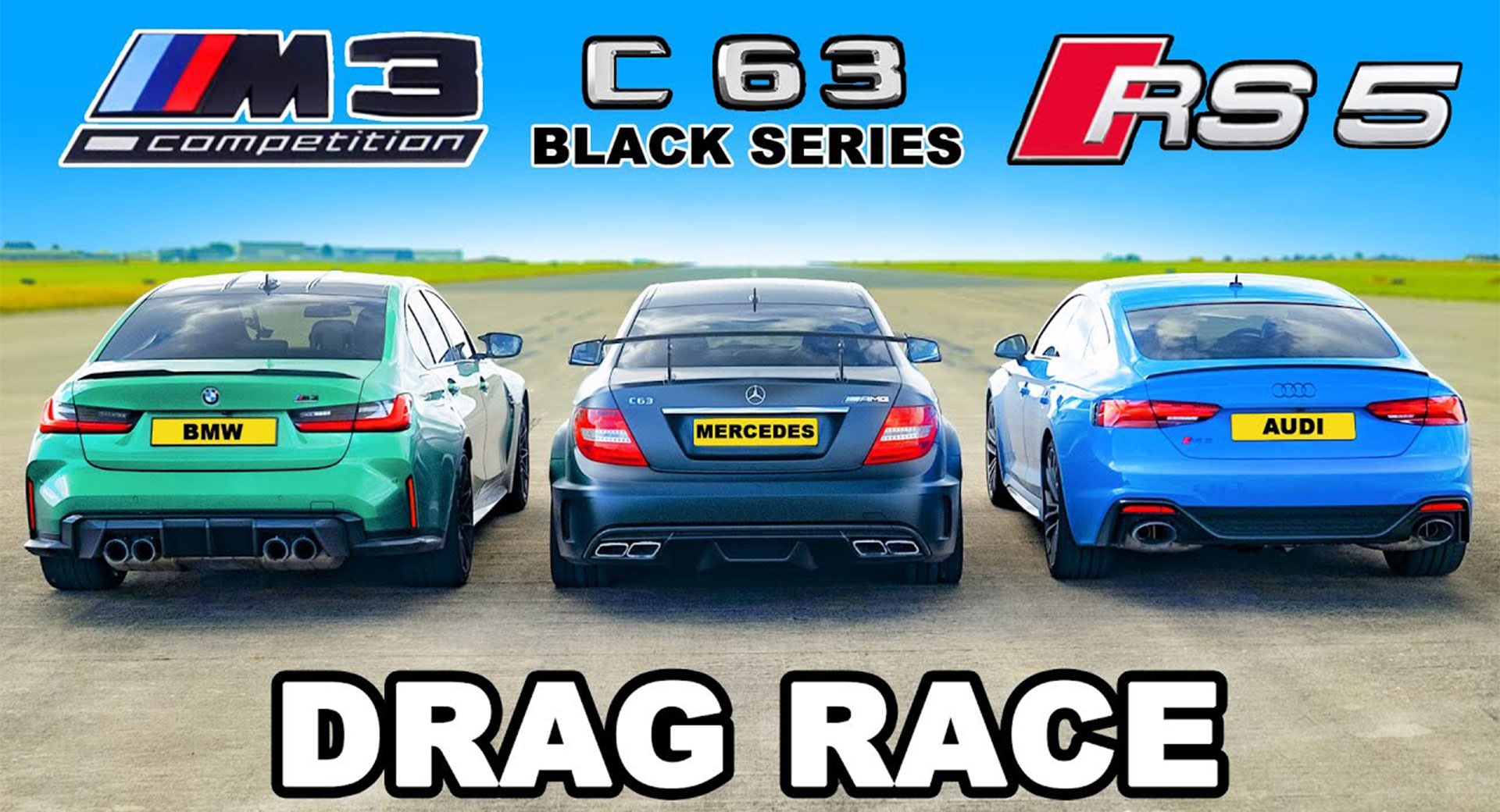 The new BMW M3 proves that while SUVs and crossovers are all the rage nowadays, high-performance sports sedans remain very desirable and can be a joy to drive.

Eager to see how the new M3 Competition fares against an Audi RS5 Sportback and a Mercedes-Benz C63 AMG, CarWow gathered the trio together for a series of tests. Interestingly, it didn’t bring along the outgoing generation of C63 and instead tested the W204-generation model in flagship Black Series guise that was introduced a decade ago.

Watch Also: 517 PS Mercedes C63 AMG Black Series Is Extreme, But Is It The Best C-Class Ever?

In the quarter-mile, the much more modern M3 and RS5 are able to put their power down better than the Mercedes and ultimately, the BMW sets the best time with 11.6 seconds compared to the 11.9 seconds for the Audi and 12.1 seconds for the Mercedes. Given the age of the C63, we think that’s a very impressive time.

Both a rolling race and a braking test were performed next and the results may surprise you.