Rumors have swirled around the Corvette C8 adopting some form of active aerodynamics for quite some time but as of yet, such technology hasn’t been implemented into the mid-engined sports car.

That’s where Victor Racing comes in as it has developed an active wing that consists of a 70-inch carbon fiber airfoil which is operated by a pair of fast-acting actuators. Dubbed the ACT-C8 Smart Active Aero Wing, it needs to be plugged into a 12-volt power source and from there, its onboard sensors and software automatically fire up. 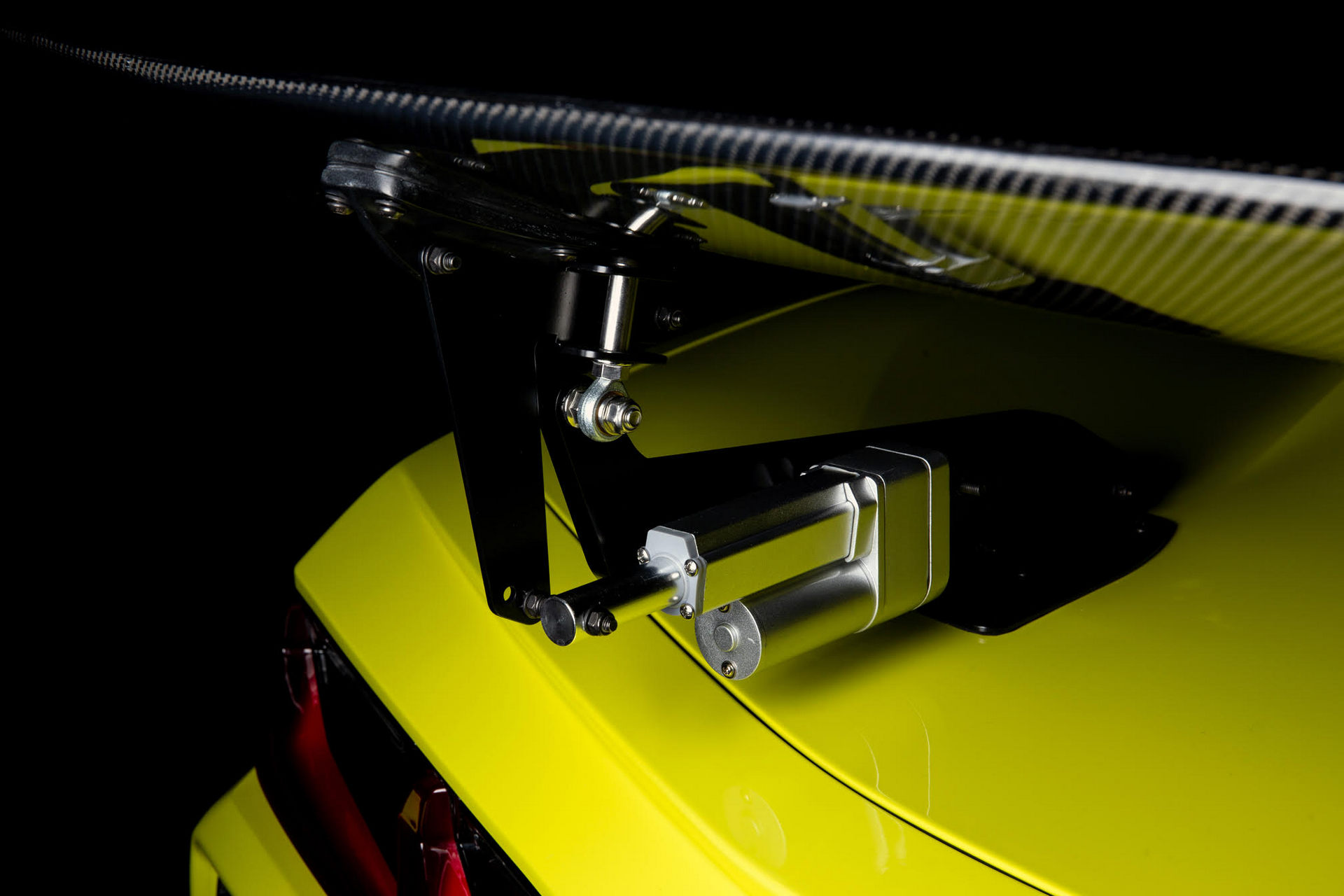 Victor Racing says the wing includes GPS, accelerometer, and gyroscopic sensors that can adjust it into five different positions, dubbed DRS, Downforce 1, Downforce 2, Downforce 3, and Aerobraking. Users can also define the speeds at which they want the wing to adjust and can also determine how much G-force is required under braking before the wing starts to act as an aerobrake.

The ACT-C8 Smart Active Aero Wing isn’t as subtle as some other active rear wings produced by leading OEMs and the silver actuators are clearly visible. Nevertheless, an advanced wing like this could be perfect for C8 owners looking to eke out as much performance on the track as possible. Moreover, it also includes a demo mode that allows the operator to adjust it for displays at car meets and events.

Victor Racing will showcase the wing at next month’s SEMA Show in Las Vegas and start shipping units from December 1, 2021. As for the price, it’s a cool $3,499.