The Bentley Flying Spur Hybrid has completed a cross-country trip of Iceland using geothermal energy and biofuel made of waste straw. The company is celebrating the journey as the latest step in its research into biofuels that can be used without engine modifications.

The Azure Purple plug-in hybrid luxury sedan covered 455 miles (733 km) across Iceland on a single tank of fuel (and charge) while emitting 45 percent less CO2 on a wheel-to-well basis than a standard car would have. That’s thanks to the biofuel that conforms to the same EN228 standards as pump gas but is made of waste biomass, in this case, straw.

Since it’s using waste products, there is no impact on food production and straw doesn’t need to be grown specifically for this purpose. The fuel is the next step in Bentley’s research into the fuel, which was also used to power the Bentley Continental GT3 race car that took on the Pikes Peak International Hill Climb in June. 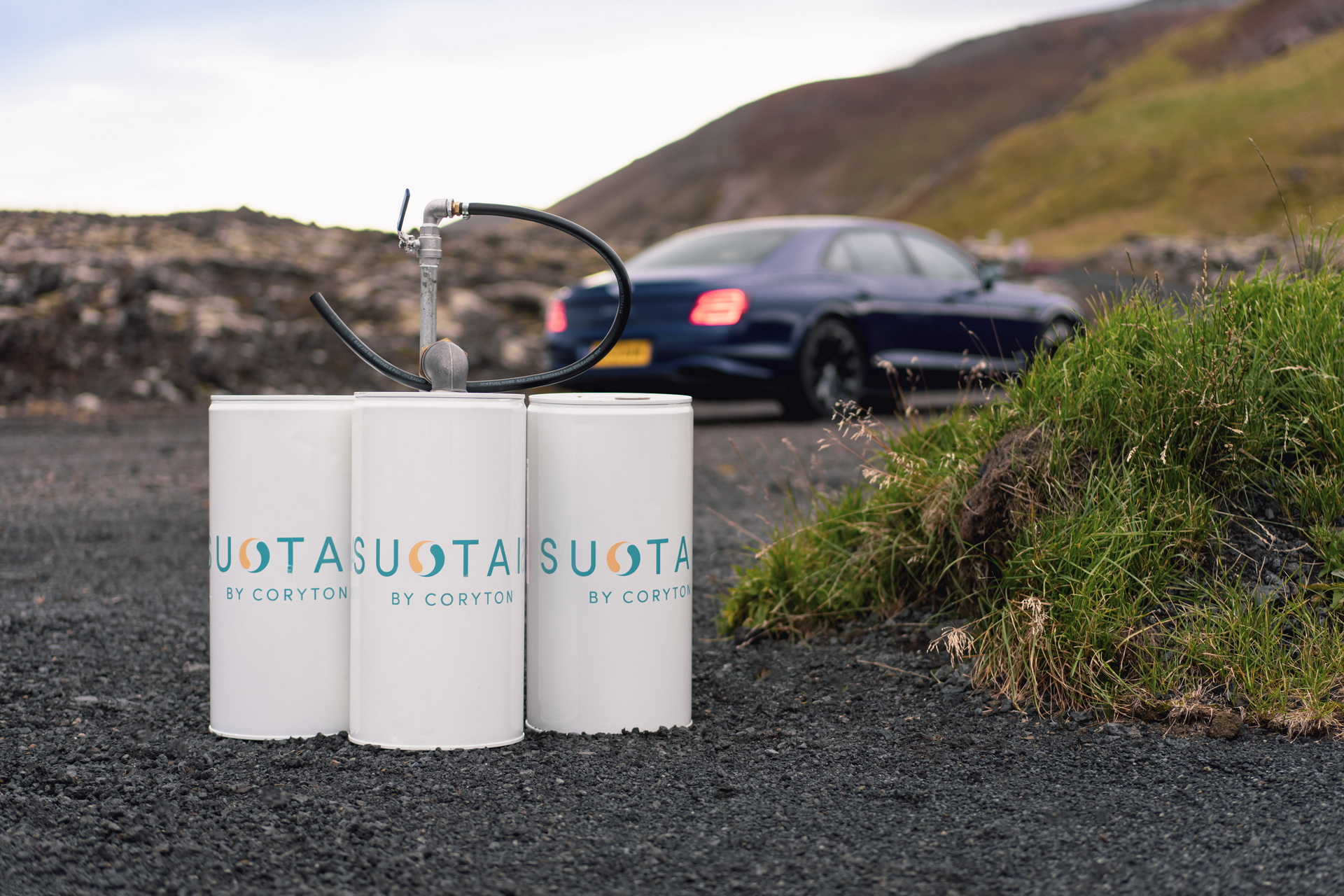 The process requires the waste biomass to be broken down using fermentation, which creates ethanol. That is then dehydrated to create ethylene, which can be transformed into gasoline through a process called oligomerization.

“It was great to see the car make the 733 km journey across the country on renewable electricity and green renewable fuel,” said Þórdís Kolbrún Reykfjörð Gylfadóttir, Minister of Tourism, Industry, and Innovation for Iceland. “Iceland wants to be part of the environmental solution and help others use the knowledge and renewable sources we have here.”

“Driving through the countryside with waterfalls on your left, and volcanos to the right you can visually see where the energy is generated directly, from nature,” said Gylfadótti. “I think this is the best definition of sustainable energy.”