BMW M, the skunkworks behind some of the world’s favorite performance cars, turns 50 this year. Founded in 1972 primarily to conduct BMW’s racing activities, the M division began building road cars to homologate its completion vehicles, giving us legends like the E9 CSL coupe and E30 M3.

But more recently it has built its reputation on dedicated road cars that blend Porsche-like performance with (in most cases) family-friendly practicality. And the great thing about M cars is there’s one for various budgets, meaning you could buy one now while you save up those $200k Christmas bonus checks for something really rare-groove. 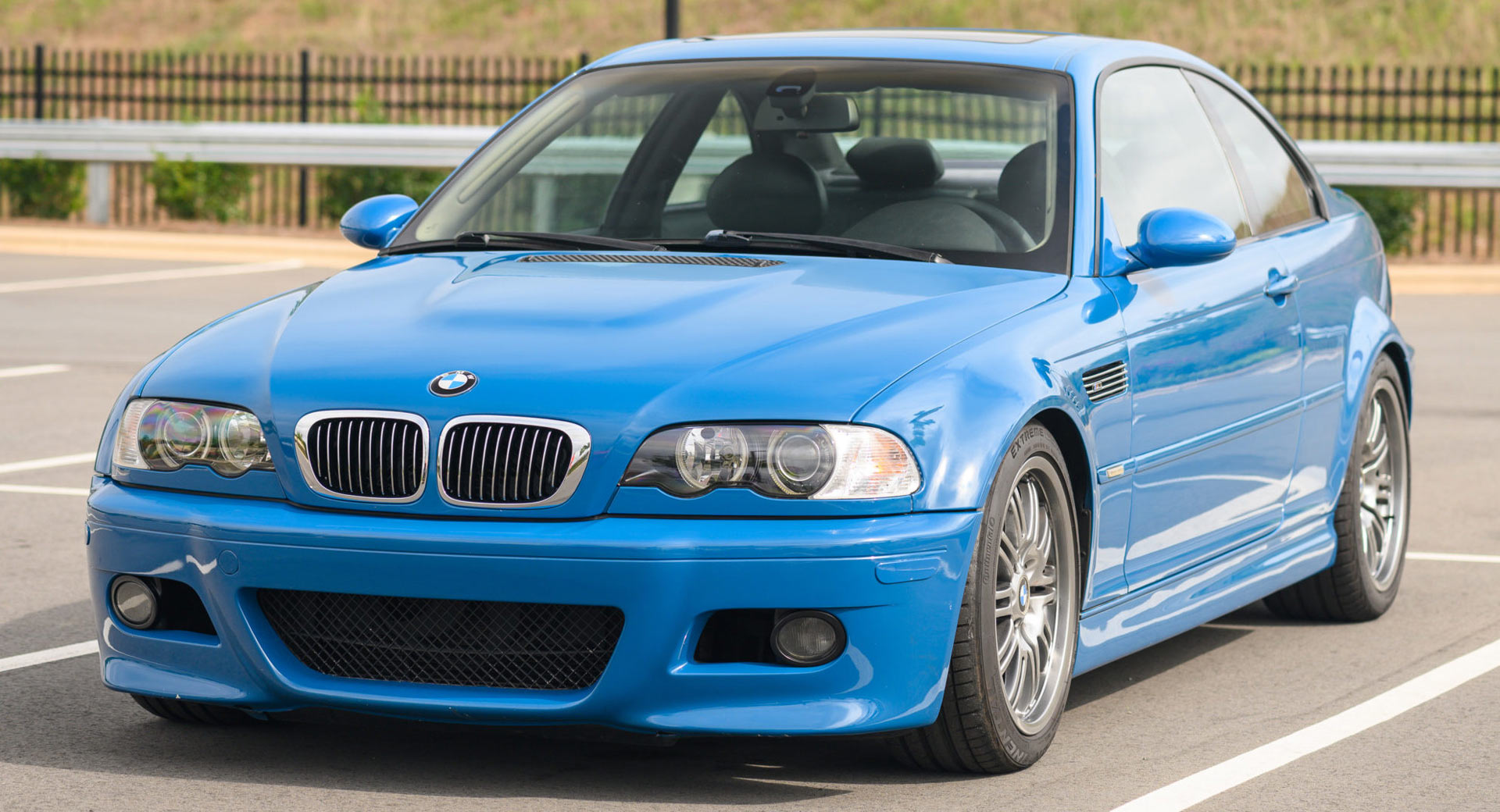 Related: This Low-Mileage 2005 BMW M3 E46 Competition Could Be A Great Buy

The current sweetheart of the classic M car community, the E46 M3 got just about everything right, from the the styling inside and out to that peach of a 3.2-liter straight six. We’d go for a manual coupe over a wobbly, clunky MG convertible, but they’re all a hoot to hoon around in. Trouble is, that’s what every previous owner has been doing so check for worn diffs, rusty arches and detached rear subframes. 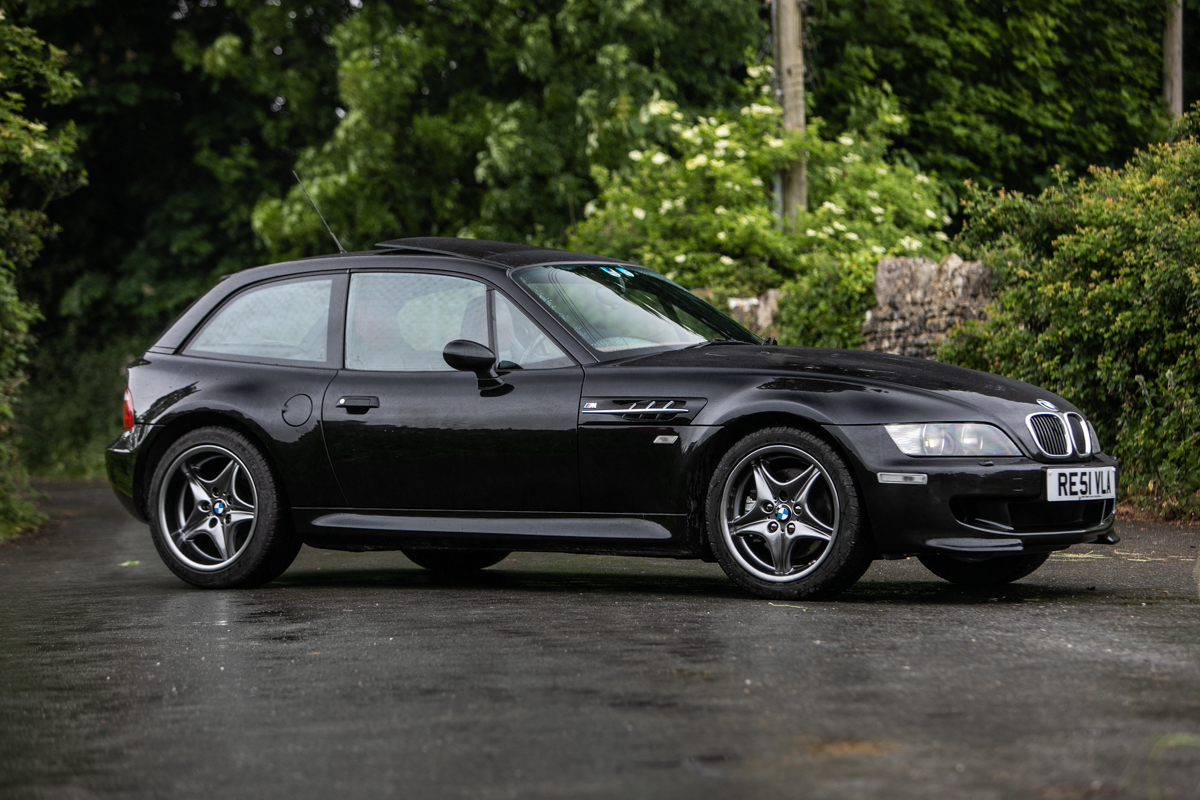 These “Clown Shoe” M Coupes prove ugly can be achingly cool, and values have already climbed significantly in recent years, but they’re stone cold future classics and likely to appreciate further. If you’re not sold on the style, or want 80 percent of the experience for 60 percent of the price, go for its Z3 M Roadster brother. Just make sure you get a post 2001 model with the proper 315-hp S54 M motor, not the earlier 240-hp S52, if you’re in the U.S.

The days of the cheap E30 M3 are long gone. In 2022 you’re looking at upwards of $60k for a nice standard car, and don’t even get us started on the Evolution models. But if you can live without the arch flares, M badge and like the idea of something stealthier, search out one of the even revvier 320is E30s BMW M built for Italy and Portugal with 2.0-liter versions of the S14 four to avoid tax penalties on bigger engines.

Sandwiched between the cult hero E46 M3 and the first turbocharged M3/M4s with their potential for big power gains, the V8-powered M3 is looking a little lost right now. True, it presents a little too much like a 335i in stock form, guzzles fuel, and isn’t big on low-down torque but once you’ve heard that 4.0-liter V8 scream its way to 8300 rpm, you’ll be hooked. Just make sure you get the rod bolts replaced before you start making a habit of it. 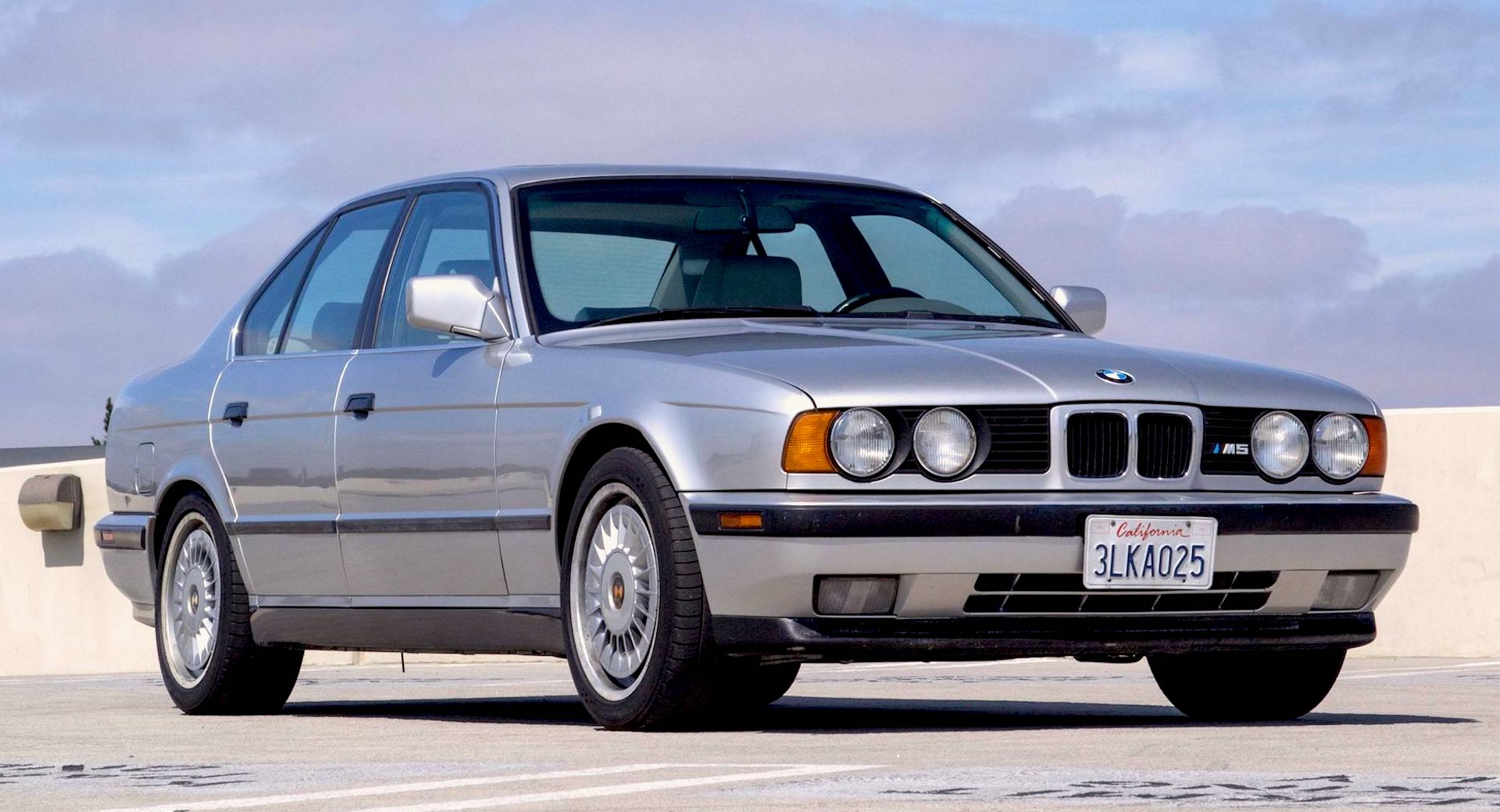 If the V10-powered E60 M5 is too unreliable, and its E39 V8 predecessor now too expensive (figure on $40k+ for a nice one), wind the clock back to the E34 that preceded both. It’s got that classic 1980s BMW look, an updated version of the straight-six fitted to the shark-nosed E28 M5 that everyone fawns over, and still feels pretty modern to drive. America never got the later 3.8 version sold in Europe, but the bargain prices for available 3.6s softens the blow.

5 BMW M Cars To Buy When You Make A Million 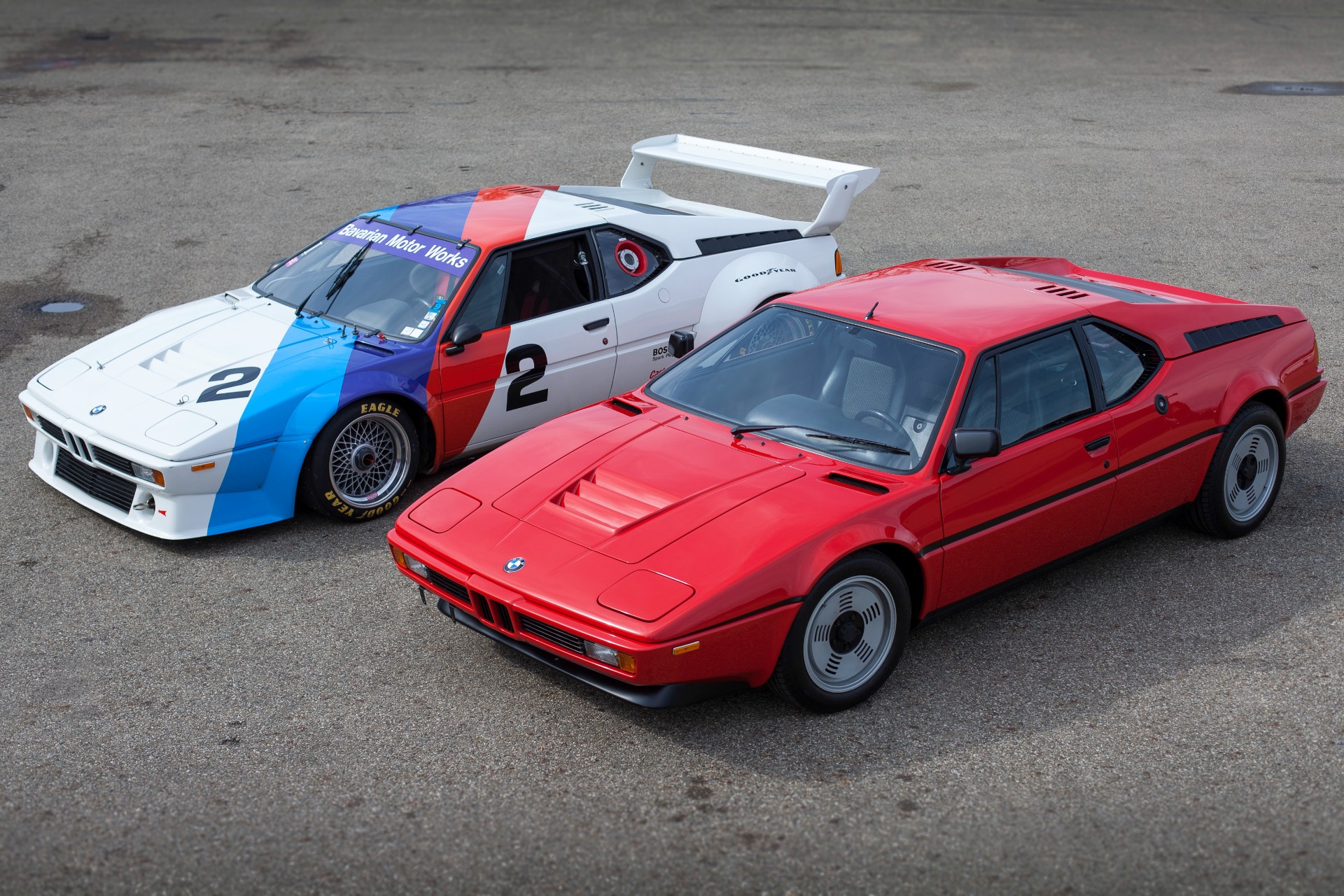 BMW’s first, and so far only, supercar looks impossibly fresh more than 40 years on thanks to Giorgietto Giugiaro’s deft styling work. And this thing doesn’t just look and handle like a Lamborghini, it was even partly engineered by Lambo, and would have been built by them too if not for the financial trouble that led BMW to cancel the contract. Unfortunately, the M1 is also priced like a classic Lamborghini, too. You’re looking at $500k to park one of the 273-hp two-seaters in your garage.

The E46 might have been winning acclaim and comparison tests at the dawn of the new millennium, but BMW’s racing arm knew it wasn’t going to win on the track in ALMS (American Le Mans Series) without a bigger motor than the stock 3.2-liter straight six.

The answer was a V8 upgrade, but to comply with ALMS rules BMW had to build some street versions that would make even the later M3 CSLs look tame. Supposedly (though disputed) 10 GTRs were deployed for street duty, each fitted with a carbon roof, vented hood and two-seat interior, and stuffed full of 4.0-litre V8 detuned from 454 hp to 436 hp. But good luck finding one, let alone persuading the owner to sell. 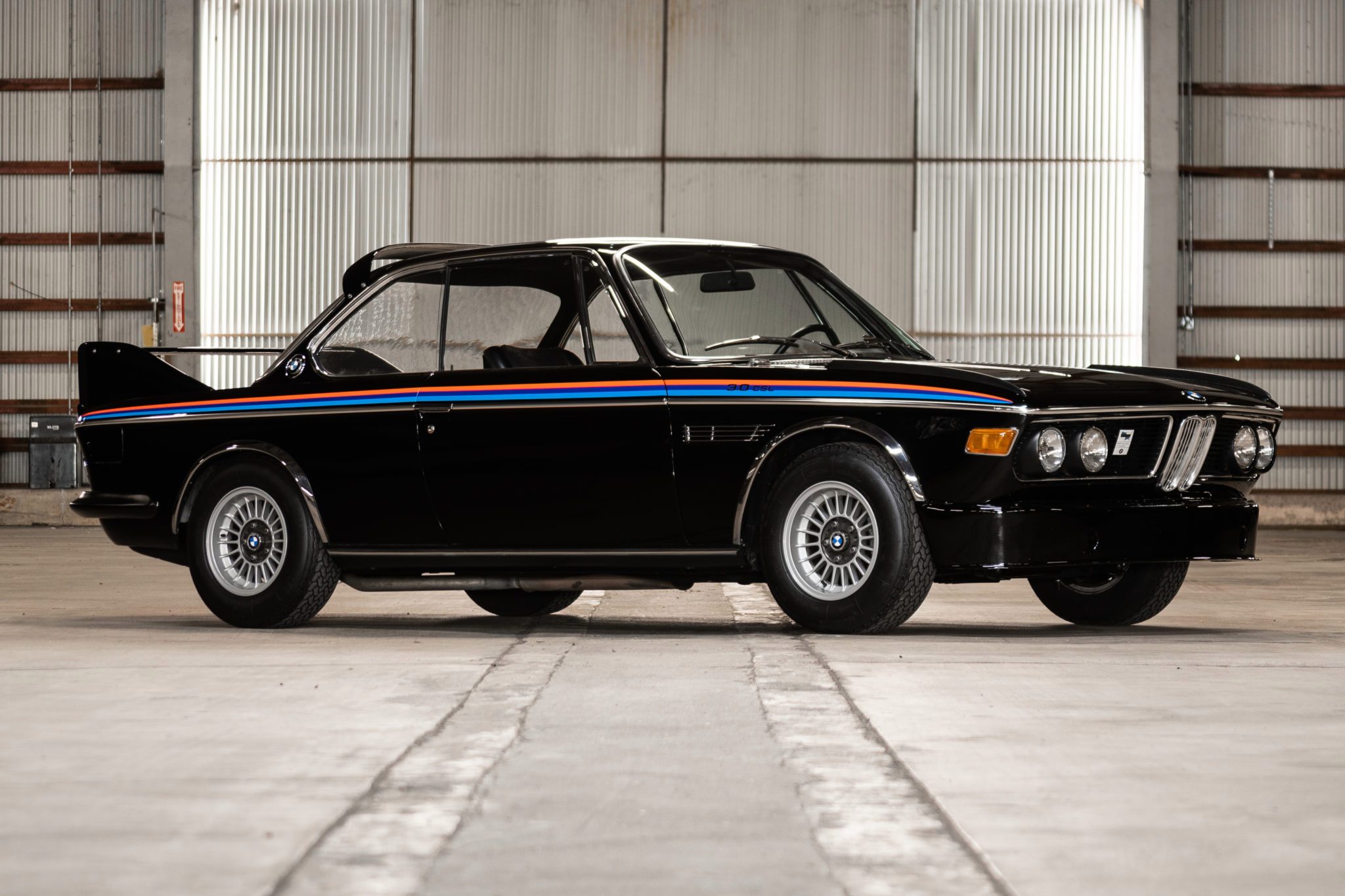 It might not wear an M badge, but this lightweight version of BMW’s sexy E9 CS coupe is where the BMW M road car story starts. Created to compete in the European Touring Car Championship, which it went on to dominate throughout the 1970s, the CSL received a revised 3.0-liter injected six, but still looked fairly unassuming until it was re-homologated for ’73 with a 3.2-liter motor and crazy aero package that earned it the “Batmobile” nickname. A base CSL might set you back $200k today, but Bruce Wayne’s M car is more like double that.

Related: A BMW E39 M5 Gets Dry Ice Blasted And Detailed And The Result Is Pure Perfection

If you think E30 M3s are expensive these days, you’ll want to sit down before checking out how much the Evolution and Sport Evolution cars are going for. To our mind, although the regular Evos have rarity, they’re not really different enough to justify the huge premiums over a stock M3.

But the 600 Sport Evos, built to keep the M3 competitive in touring car racing, are a little more special thanks to their wider track and 2.5-liter (up from 2.3) engines. None of these cars is fast, mind you; you buy them for the handling. Or, more likely these days, as your pension.

Let’s round this feature out by bringing it up to date. Old BMW M cars are cool, but if you really have made a million and more, you’re probably not going to want to commute to your penthouse office in a 50-year old CSL.