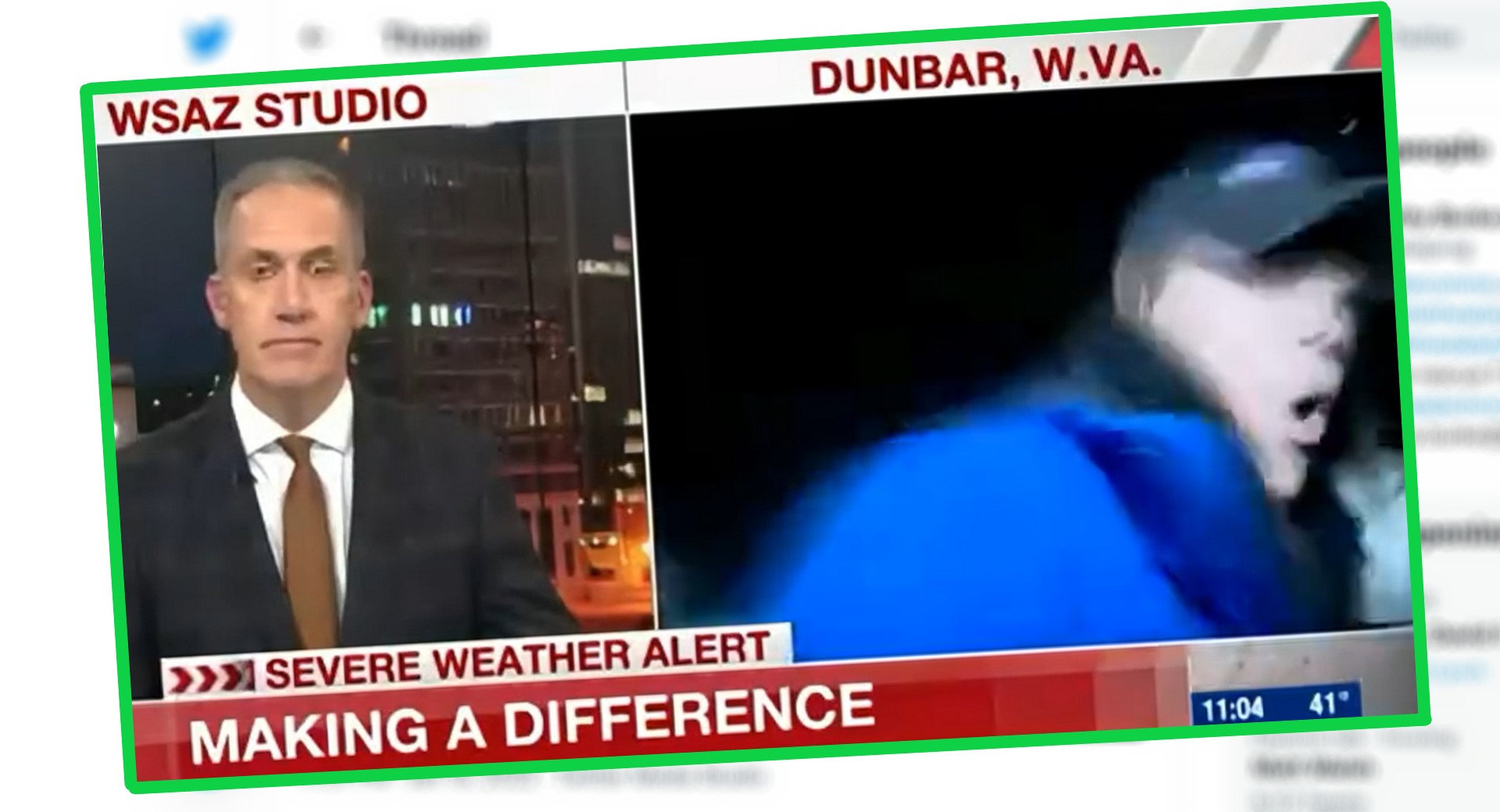 Footage from a WSAZ News report in West Virginia has gone viral this week after a reporter live on the scene of a water main breakage got hit by a car during her report. Fortunately, the reporter, Tori Yorgey, was able to bounce back up and quickly assure the viewing public that she was alright before finishing her report.

After being asked by the driver of the vehicle if she was okay, Yorgey responds “I’m okay, yeah, you know that’s live TV for you. It’s all good I actually got hit by a car in college, too, just like that. I am so glad I’m okay.”

Although Yorgey insists several times throughout the report that she’s alright, the news anchor to whom she was speaking, Tim Irr, took to Twitter following the incident to say that Yorgey did go to the emergency room following the hit, which pushed her off her feet and into her camera, which she was apparently operating herself.

Thankfully, Tori says she’s ok. But she’s headed to the ER to be checked out just in case.

“You know what, it’s a one-woman band,” said Yorgey as she picked the camera off the ground. “Clearly, we might need to move the camera over a little bit.”

On air, they speculate that the incident may have been caused by the driver becoming distracted by the emergency vehicles in the area. Journalists have publicly commented on the incident, though, blaming news stations that send just one person out to cover a story it previously took several to film.

Many have also criticized Irr’s reaction to the event, though he said on Twitter that he only had a small monitor in his peripheral vision showing Yorgey’s feed and was relying mainly on audio cues to figure out what happened.

As Yorgey said in the report, this incident occurred during her last week on the job. Starting next month, she’ll be joining ABC affiliate WTAE in Pittsburgh. Hopefully, she won’t have to be hit a third time in the future…