There’s no doubt that we’re excited about the Kia EV6. However, we were somewhat disheartened when the Korean automaker said that we’d had to wait until early 2022 for it to make it to U.S. shores. Now, that’s all changing and we’re about to get some seat time with the North American specification model during the media drive, so what do you want to know about it?

The EV6 might share the same E-GMP electric platform as its Hyundai sibling, the Ioniq 5, but these cars are more fraternal than identical beyond their bones. The EV6 is lower, sleeker, and aggressively cutting its own new path. Not that we don’t like the Hyundai, but that boldness isn’t a quality that can be attributed to the less aggressive Ioniq 5.

It would seem from what the reviewers from the other side of the pond are reporting, the EV6 is more sporty while the Ioniq 5 aims for comfort. That certainly seems to fit its brash styling. Kia has proven that it’s capable of building sincerely good driver’s cars too with offerings like the Stinger.

First Drive: The 2022 Hyundai Ioniq 5 Is Better Than The Tesla Model 3

Ultimately though, the EV6 is meant to be a practical electric utility vehicle. That’s why it has a frunk, five seats, and a big cargo space in the back. It supports both 400-volt and 800-volt charging which Kia says will bump the battery from 10 to 80 percent in less than 20 minutes.

Three different trim levels are expected at launch. They include two rear-wheel-drive models, with a short and longer range version respectively, and an all-wheel-drive variant with 320-horsepower. The maximum range configuration is supposed to carry the car up to 274 miles (440 km). No word yet on pricing though we’re expecting $45-60ish-thousand depending on trim. 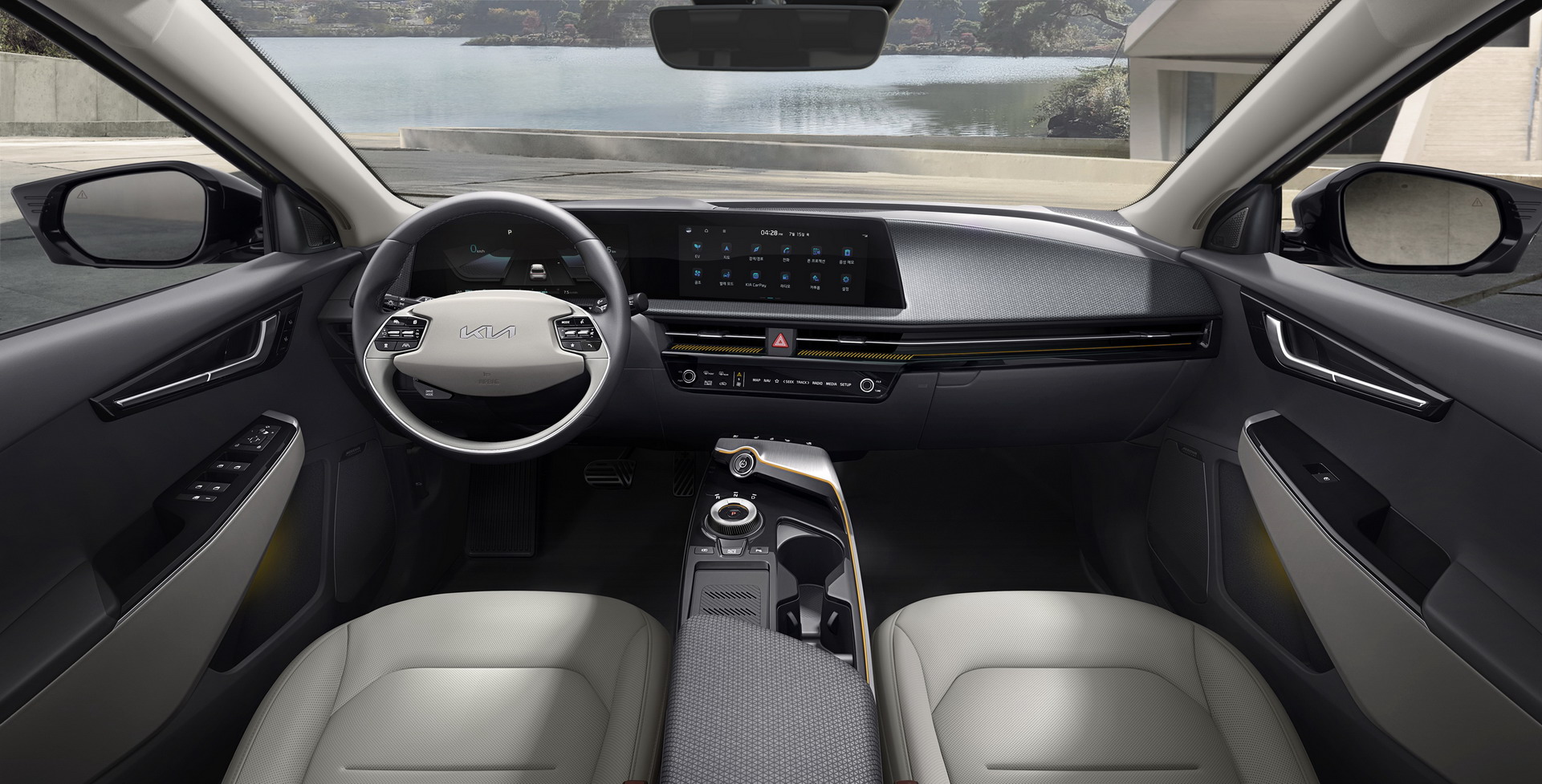 That would put the EV6 right in the middle of the EV conversation with the Ford Mustang Mach-E and the Volkswagen ID.4.

So, what would you like to know and is anything you want us to check about the new Kia EV6? Leave your questions in the comments below and we’ll be sure to answer them as soon as we hand the keys back.