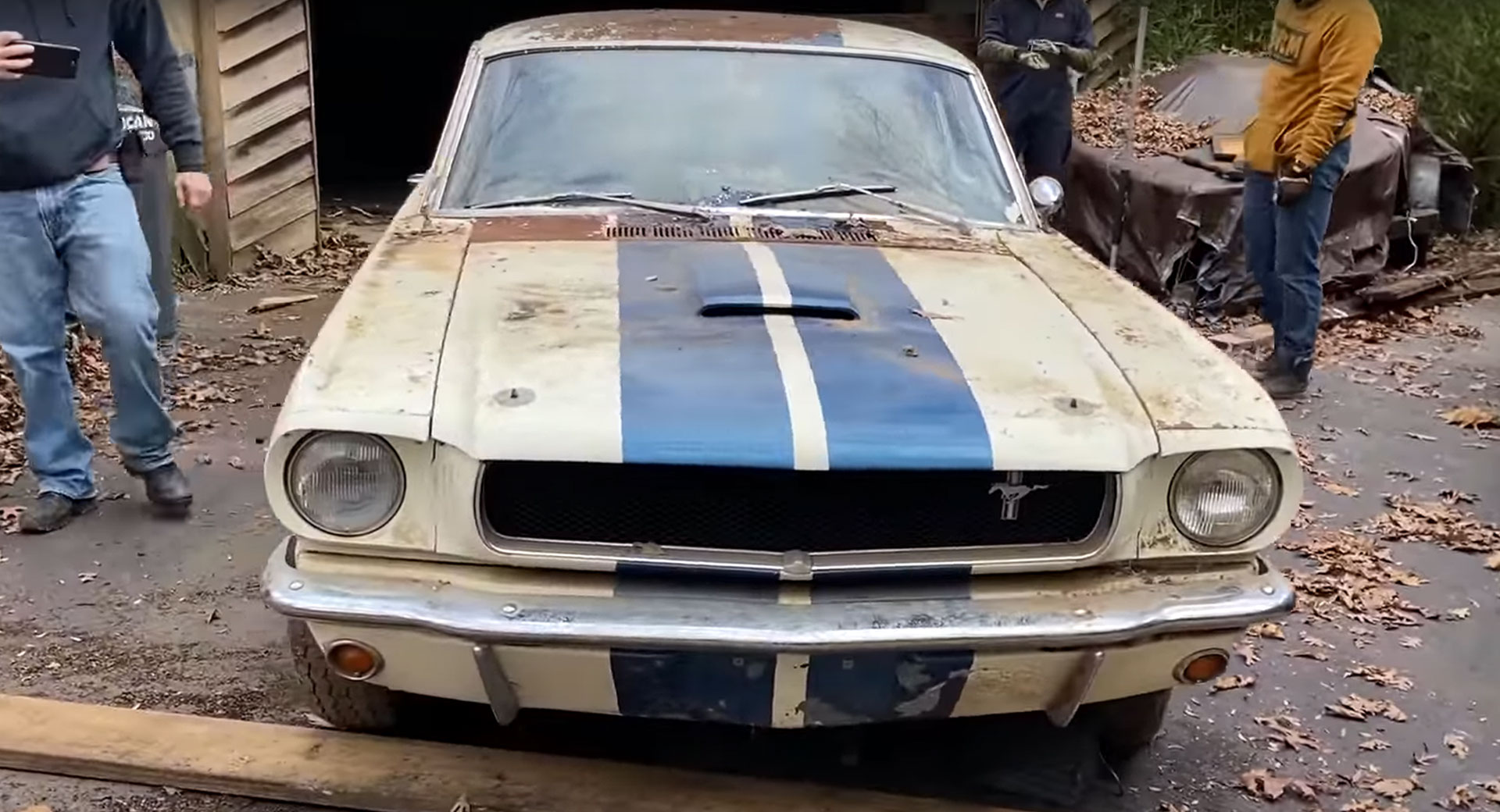 Classic car hunters in Georgia have tracked down and acquired a rare 1965 Ford Mustang Shelby GT350 that was left abandoned in a house for decades.

Late last year, Zach Taylor came across a Facebook ad for a 1966 Ford Mustang Shelby steering wheel and upon speaking with the seller, discovered that the family had recently inherited a run-down lake house and that in the garage was a 1991 Mustang Convertible, a 1965 Mustang K-Code, and the most prized of them all, a 1965 Mustang Shelby GT350.

The iconic American muscle car was hiding under a cover and once it was removed, the classic car hunters discovered that the exterior had suffered quite a lot of corrosion but for the most part, the GT350 was in reasonable condition. More importantly, it also has a numbers matching drivetrain. The fleet of three Mustangs were quickly snapped up by the hunters.

A video recently posted to the American Mustangs channel on YouTube shows the state of disrepair that the lake house is in as the crew pushed the GT350 out of the garage for the first time in decades.

Speaking with Fox News, the new owner, Matt Taylor, reveals that he recently completed a restoration of the 289 cubic-inch V8 and had no troubles in getting it to fire up. He has also replaced the suspension, fitted a new fuel tank, and installed a new exhaust system to ensure everything runs smoothly. The interior has also been thoroughly cleaned and for now, the exterior remains in its original condition, complete with all the corroded panels.

Taylor has no plans to sell the car but with just 562 examples of the Shelby GT350 built in 1965, it has become quite the collector’s car. In fact, pristine examples can trade hands for upwards of $400,000.