Crashing into a police car will always be among the worst things that can happen to a driver, especially if it is their fault. This was the case with an incident that happened in Wisconsin last October, when a distracted driver of a second-gen Chevrolet Equinox rear-ended a Ford Police Interceptor Utility that was parked on the side of the road.

Things get even worse as the police officer was inside the vehicle at the time of the crash, which was strong enough to cause a second collision with the stopped vehicle at the front. The whole incident was caught on camera giving us a pretty good idea of what happened, and thankfully there were no serious injuries.

The footage from the officer’s body cam uploaded on Code Blue Cam’s YouTube channel shows a typical traffic stop under an overpass in La Crosse. The officer exits the vehicle and talks with the woman inside the white sedan that appears to be out of gas. Then, he gets back in his vehicle to make a call. This is when the Chevrolet Equinox hits the rear quarter panel of the police car which in turn rear-ends the parked sedan.

The police officer sustained a head injury while the woman exited her vehicle shocked by the force of the collision. The Equinox stopped a few meters away with severe damage on the front end. Despite the initial shock, the police officer immediately notified the center, and without wasting any time he checked on everyone involved to see if they were OK. The airbags of the Equinox were deployed and the door on the driver’s side couldn’t open due to the deformation of the body, but thankfully the driver was not injured.

The officer did everything by the book, calling the paramedics and the firefighters on the scene while keeping his composure and making sure that everyone was safe. Towards the end of the video, paramedics treat his minor head injury, before transporting him to the hospital. As for the distracted driver, according to Code Blue Cam, he was cited for inattentive driving. 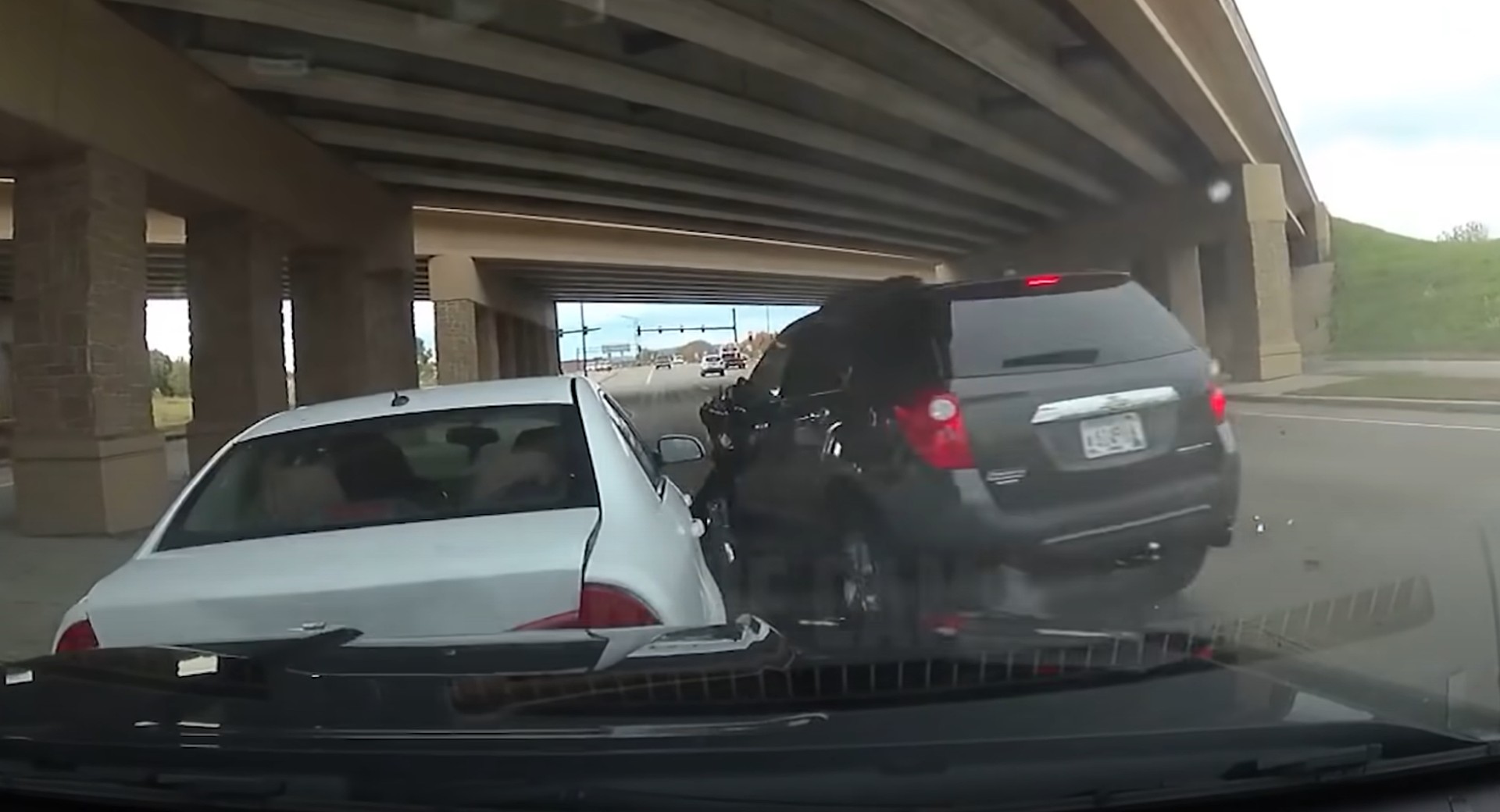