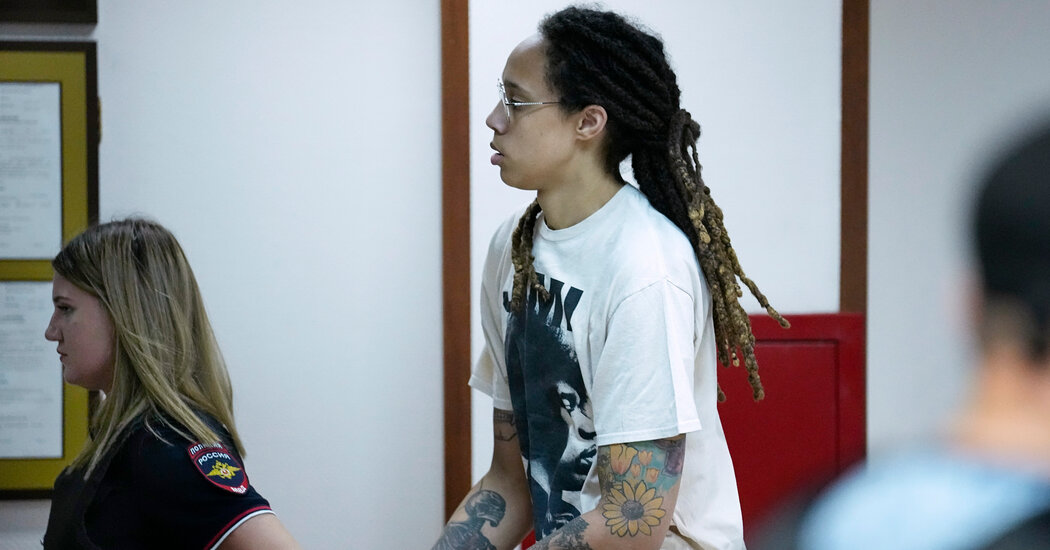 The wife of Brittney Griner, the detained W.N.B.A. star who has been held in Russia since February, accused the White House on Tuesday of not doing enough to secure her release, a day after the basketball player sent a handwritten letter to President Biden asking him not to “forget about” her and other American detainees.

Cherelle Griner said she would no longer heed the government’s requests to let U.S. officials “handle this behind the scenes,” adding that she was concerned after Brittney Griner wrote her in a letter that she was physically “weak.”

“I will not be quiet anymore,” Cherelle Griner told “CBS Mornings.” “My wife is struggling and we have to help her.”

Cherelle Griner said on Tuesday that the family had still not received a reply from the president to Brittney Griner’s handwritten letter, calling it “very disheartening.” Karine Jean-Pierre, the White House press secretary, said Tuesday that Mr. Biden had read the letter.

In her letter to Mr. Biden, Brittney Griner urged the president to “do all you can to bring us home.”

“As I sit here in a Russian prison, alone with my thoughts and without the protection of my wife, family, friends, Olympic jersey or any accomplishments, I’m terrified I might be here forever,” she said in an excerpt from the letter shared by her representatives.

Brittney Griner, 31, was detained on Feb. 17 after she was accused of having hashish oil in her luggage at an airport near Moscow. She was in Russia to play with UMMC Yekaterinburg, a professional women’s basketball team for which she had competed during several W.N.B.A. off-seasons.

If she is convicted of the drug charges, Brittney Griner faces up to 10 years in a Russian penal colony. Her trial began Friday, and legal experts said that she was likely to be found guilty.

Although Brittney Griner has not yet responded to the charges, the U.S. government classifies her as “wrongfully detained,” meaning that it believes the charges against her are falsified — perhaps intended to pressure Washington over its involvement in Ukraine.

“The U.S. government continues to work aggressively — using every available means — to bring her home,” said Adrienne Watson, a spokeswoman for the National Security Council, in a statement on Monday.