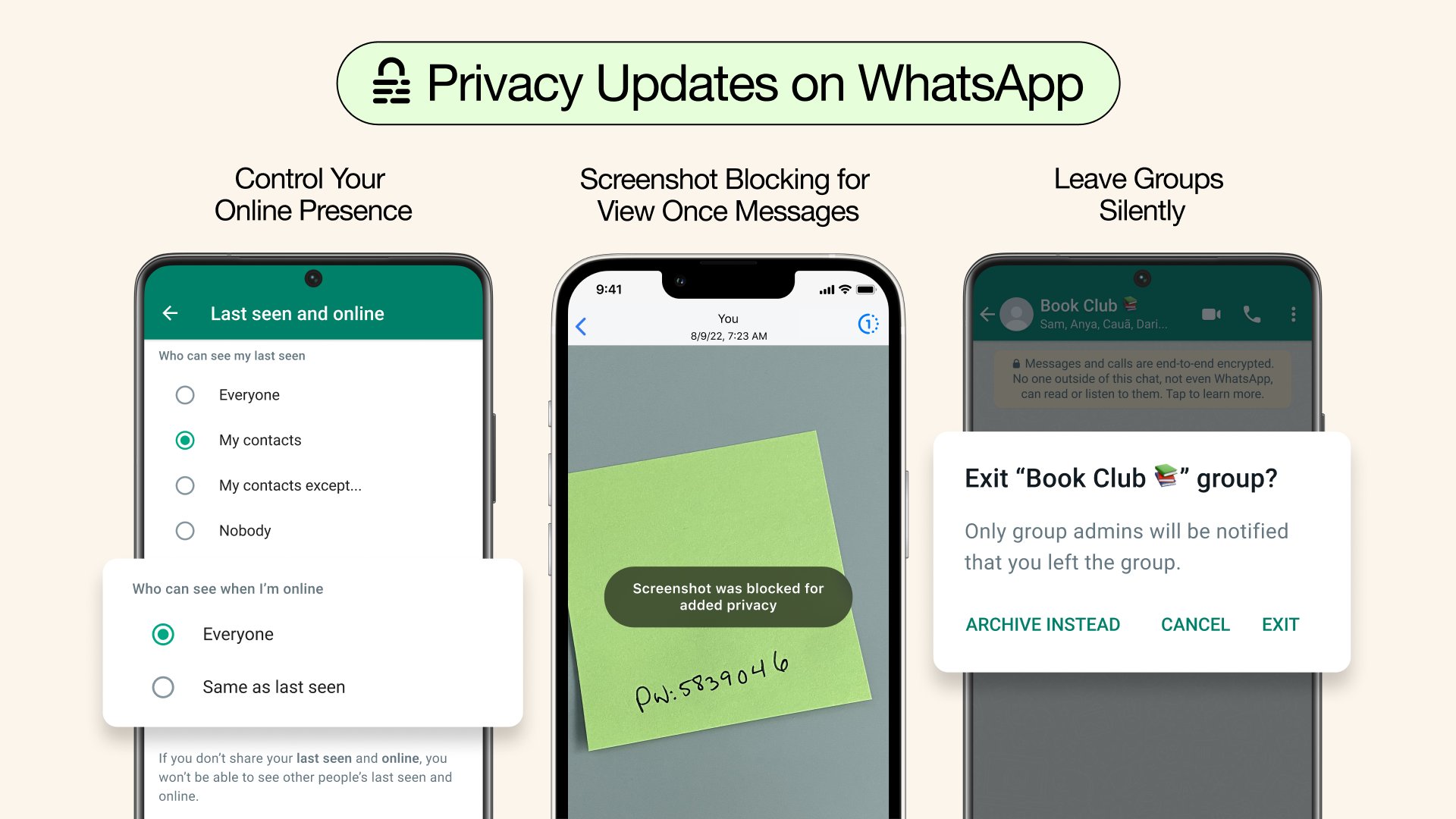 WhatsApp is always looking for new ways to increase user privacy and security to improve the app experience. The popular instant messaging platform has now announced several privacy features, including the ability to hide online status, blocking screenshots for ‘View Once; messages, and more, that will be coming to the WhatsApp app on Android and iPhone.

Choose Who Can See You Online

WhatsApp already allows users to hide their last seen status, and now a similar option has been added for the ‘Online’ status. When you enable the feature, WhatsApp will display the “Online” status only to selected people. The company says the feature has been added for those who prefer to keep their online presence private. WhatsApp also notes that if you prevent other people from seeing your online status, you won’t be able to see theirs either.

Screenshot Blocking for ‘View Once’ Messages

The feature might also expand to disappearing messages in the future, but it is not confirmed as of now.

Finally, the company will also allow you to leave group chats ‘silently’. Up until now, when you leave a WhatsApp group chat, the app notifies everyone that a specific person has left or has been removed from the group. Moving forward, only the group admins will be notified when a person leaves the group, making leaving a group less awkward.

The features were announced by Meta’s CEO Mark Zuckerberg on Facebook earlier today. While the hide online status and silent group exit feature will be rolling out on Android and iPhone later this month, WhatsApp says the screenshot blocking tool is still under development but will be available soon.

What are your thoughts on the new WhatsApp features? Let us know in the comments section below!