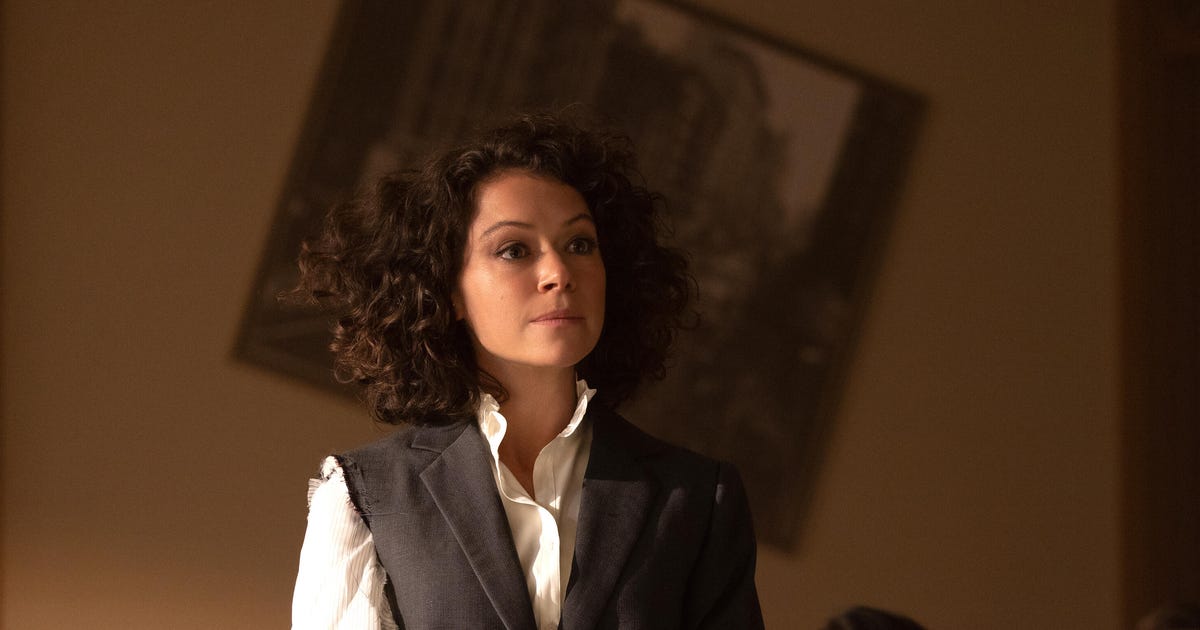 Jen Walters never asked to become a world-famous superhero — and she certainly didn’t ask for the name “She-Hulk”. In the glare of the Marvel publicity spotlight, that’s something Tatiana Maslany, star of new Marvel series “She-Hulk: Attorney-at-Law” can identify with.

“Yeah, I’ve always related to that idea, as an actor,” says Maslany, who plays both ambitious lawyer Walters and the super-strong green giant she transforms into after an encounter with the Hulk, thrusting her into the public eye in a way that’s both intoxicating and worrying. “I am very private and I want the character to be the thing that people are relating to when they watch a film,” Maslany continues. “I don’t want them to be like, oh, yeah, that’s Tat in a wig. I would rather you’re able to suspend your disbelief and go into a story with me. So to do press or to be, you know, myself, it’s always felt like a weird byproduct of this job that I don’t totally get. I don’t totally understand why it goes hand in hand with it.”

It feels ironic that we’re having this conversation during the feeding frenzy of promotional activity around this new Disney Plus show, but Maslany is all smiles as we chat over Zoom. “I also like having conversations about the work,” she says. “I don’t tend to do things that I don’t want to discuss some component of it afterwards.”

Streaming from Aug. 18 on Disney Plus, the 10-episode series also stars MCU mainstays Mark Ruffalo and Benedict Wong, with Tim Roth, Ginger Gonzaga, Renée Elise Goldsberry and Jameela Jamil. The showrunner and head writer is Jessica Gao, who previously worked on Robot Chicken and Rick & Morty, leading a show that’s the most comedic entry to the Marvel Cinematic Universe yet.

Check out the trailer for a taste of the show’s comedic tone, with Jen worrying as much about her love life as her superpowers.

If it wasn’t weird enough for an actor to watch themselves onscreen, there’s an extra layer to seeing yourself massive and green. Especially as Maslany only saw her final performance months after filming, when visual effects magicians turn her into the computer-generated character we see in the show.

“That’s such an incredibly crucial component of this show’s success and of believing this character,” she says, “this collaborative experience that I’m having with VFX artists that I never get to meet but we’re building this character together. Whatever I do on the day, they identify it and they amp it.”

Maslany has a long background in improvisational comedy and theater, but technical considerations place some restrictions on the set of She-Hulk when CG characters have to interact with real-world sets and people. For example, in her giant Hulk form, Jen towers over everyone else in the room. “It’s choreographed to the extent that sometimes I’m walking on a platform so I have to stay on that platform,” explains Maslany. “I can’t kind of jump off it and run around. But what’s super surprising is those moments between Mark Ruffalo and I where we’re both in mo-cap [motion capture suits] are some of the moments where we improvise the most, where we physically did things that that we hadn’t planned.”

When Ruffalo and Maslany are both in Hulk form during a scene together, the actors were free from the restrictions of interacting with non-CG characters. Maslany cites a training montage in episode 1 as a mix of scripted action and improvised moments. One of her favourite ad libs was Ruffalo jokingly called her “Fuzzball” because of her curly hair, which you’ll see the final show picked up and ran with. “A lot of the improv made it to the VFX team and made it to the screen,” she says, “so that is kind of a hidden joy of doing this — it doesn’t restrict you as much as as you might expect it to.”

Maslany is best known for playing multiple clones with distinct personalities in sci-fi series Orphan Black, which ran from 2013-2017. The show won her an Emmy Award, two Critics’ Choice Awards and five Canadian Screen Awards. She’s also appeared in Heartland, HBO’s Perry Mason, Diary of the Dead and Destroyer, as well as starring alongside Bryan Cranston on stage in a 2019 Broadway production of Network. She’ll next be seen in 1930s-set AMC series Invitation to a Bonfire.

She-Hulk is part of Phase 4 of the Marvel Cinematic Universe, joining Moon Knight and Ms. Marvel in this year’s calendar. Other upcoming Marvel shows include Echo, WandaVision spinoff Agatha: House of Harkness and three new animated shows: Marvel Zombies, Spider-Man: Freshman Year and a revival of the much-loved 1990s X-Men cartoon. That’ll be followed by Phase 5.

Movies Coming in 2022 From Marvel, Netflix, DC and More