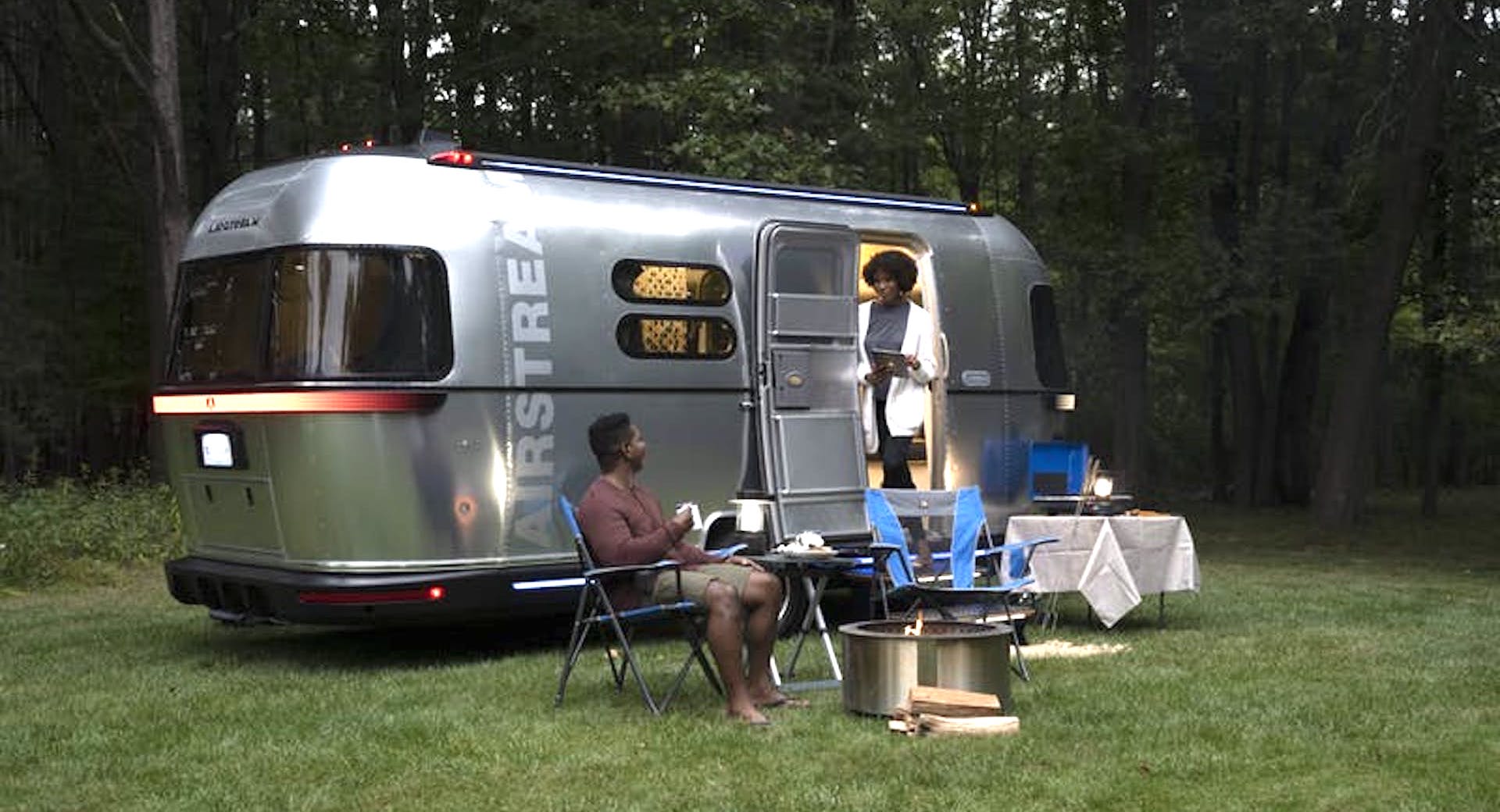 Few things evoke thoughts of mid-century America quite like an Airstream trailer. But underneath the retro aluminum exterior, Airstream’s latest caravan concept is crammed with technology to solve some very modern camping problems.

Called the eStream, it’s a self propelled trailer developed with the help of ZF, the Germany company best know for its transmissions. Which doesn’t mean you drive it down the road like an RV. But the eStream does have its own battery and drive unit, which allows you move it around slowly to position it on a campsite without the help of your tow vehicle, instead using a smartphone or tablet.

That sounds like a handy feature, but what’s more interesting is how the eStream has been designed to work with the new generation of electric trucks like the Rivian R1T. It still takes far longer to charge an electric vehicle’s battery than it does to fill a gas tank, and towing a big trailer really hurts EV range. It’s also not always easy to charge a vehicle with a trailer attached.

But the eStream’s 80 kWh battery pack helps extend the tow vehicle’s range, while regenerative braking allows the trailer to top up its own battery pack. Airstream says the combination of the battery pack plus 900 W solar panels offers enough energy for campers to live off grid for two weeks, while still being able to boil a kettle and enjoy the concept’s fancy features, including voice activated lighting.

Related: Take A Tour Of The $2.5 Million, Two Story RV That Used To Belong To Will Smith

This isn’t the first time we’ve seen a self-propelled trailer. Last year German trailer manufacturer Dethleffs, whose parent company, Thor Industries, also owns Airstream, showcased a similar setup, again using ZF’s technology. Hooked up to an Audi E-Tron SUV that has an EPA rating of 218 miles (350 km), the combo finished a 240-mile (386 km) route through the Alps without needing to charge the Audi or the trailer, and acceleration was reported to be similar to that of an E-Tron driving solo.

The eStream is just a concept for now, so it’s too early to talk about prices. But regular Airstreams can cost well over $100,000, and this one’s lithium ion batteries and motors are guaranteed to add thousands to the total.