The new Ford Bronco is one of the must-have vehicles of the moment and the crew at Rabid Customs has just completed work on a particularly striking example.

This Bronco is a Badlands model that left the Ford factory painted in Eruption Green. It is a four-door and equipped with the available soft top. This specification alone is enough to make the Bronco stand out but the owner clearly wanted to make even more of a statement and sent the off-roader to Rabid Customs.

The most obvious changes made are the new cream-colored vinyl accents found across the wheel arches, rocket panels, hood, and a pinstripe running along the doors. Complementing the cream accents are lashings of bright orange, giving the Bronco a retro feel. 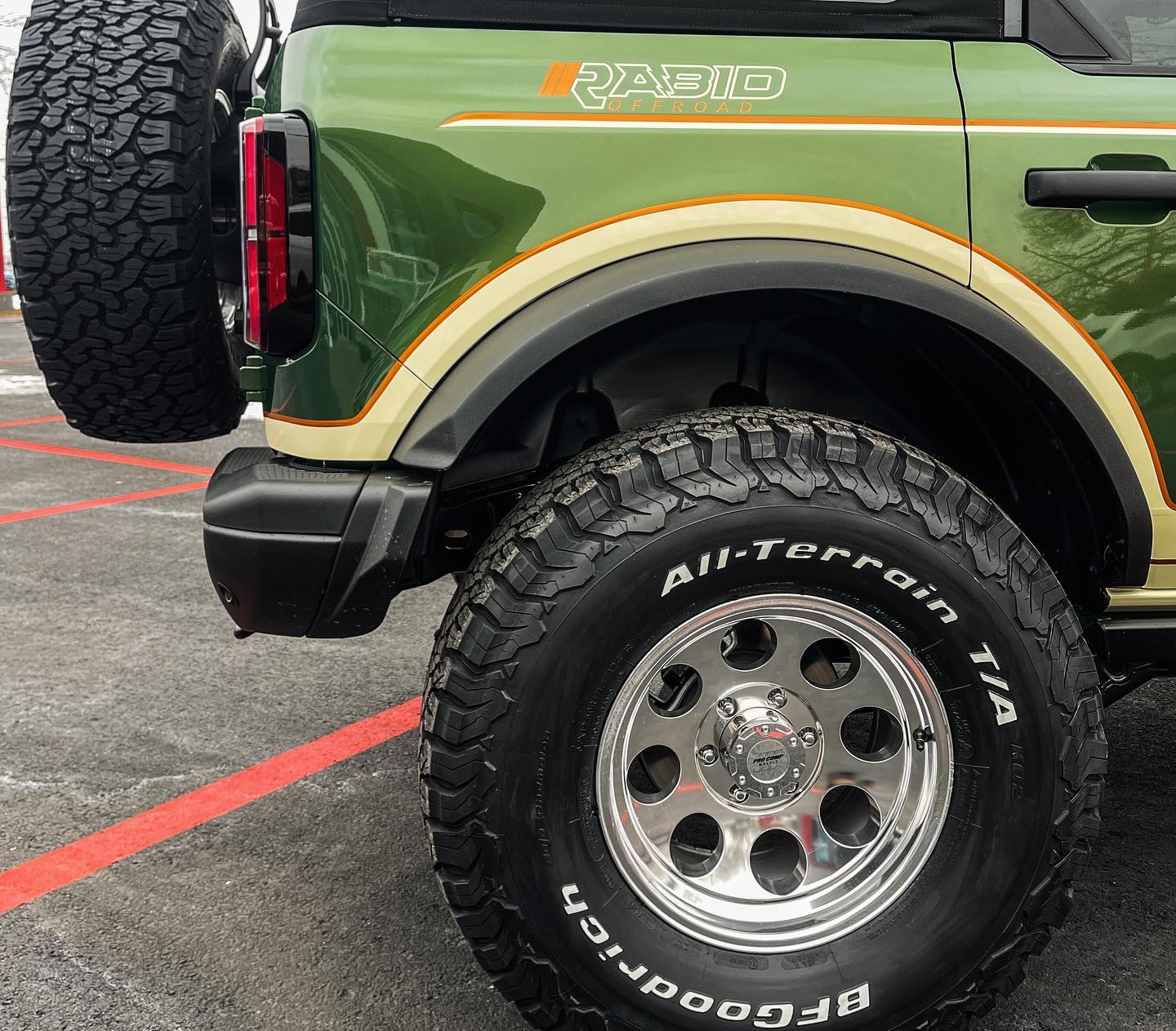 Elsewhere, the Ford has been equipped with a set of Pro Comp Vintage 69 wheels measuring 17×9 at all four corners and wrapped in BF Goodrich All-Terrain tires. The off-roader also benefits from a 2.5-inch suspension lift.

While the Bronco has caused a lot of fanfare since its release, it isn’t yet rivaling the Jeep Wrangler when it comes to sales. During the second half of 2021, Ford sold 35,023 examples of the Bronco. By comparison, Jeep sold 46,044 Wranglers in Q3 and 39,900 units in Q4. The Wrangler ended 2021 with no less than 204,610 sales. However, Ford has had trouble covering demand for the Bronco. It will be interesting to see how the Bronco will compare to the Wrangler in 2022, its first full year of sales.