Set to be launched in the fourth quarter of 2023, the Spectre resembles a sleeker and fully electric Wraith.

While the model is decked out in eye-catching camouflage, it won’t mess with tradition as the Spectre is instantly recognizable as a Rolls-Royce. That being said, it features a relatively short grille that is flanked by split headlights. Further below, there’s a wide intake that is partially blocked off and features a sizable sensor panel for the car’s semi-autonomous driving technology. 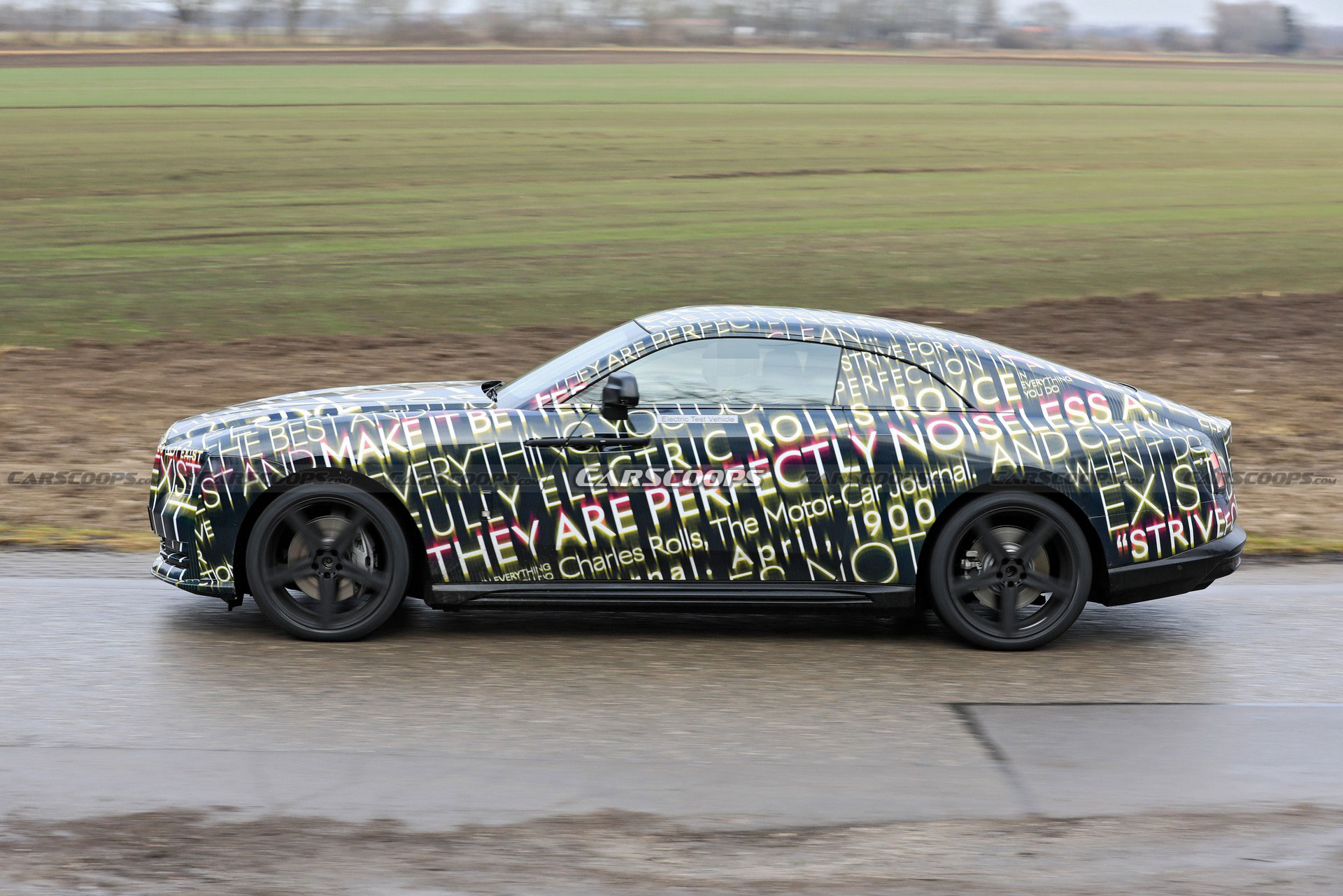 Moving further back, there’s a sculpted hood and a rakish windscreen that flows into a sloping roof. The model also sports a prominent shoulder line and iconic suicide doors.

The sleek styling continues out back as the Spectre features a curvaceous rear end with vertical taillights. They’re joined by an aerodynamic bumper which lacks exhaust cutouts.

We’ll be seeing plenty of the Spectre in the future as Rolls-Royce has previously announced the model will be subjected to the most demanding testing program in the company’s history. As they explained last year, the car will travel to all four corners of the globe and cover 1.5 million miles (2.5 million km), which is “more than 400 years of use for a Rolls-Royce, on average.” 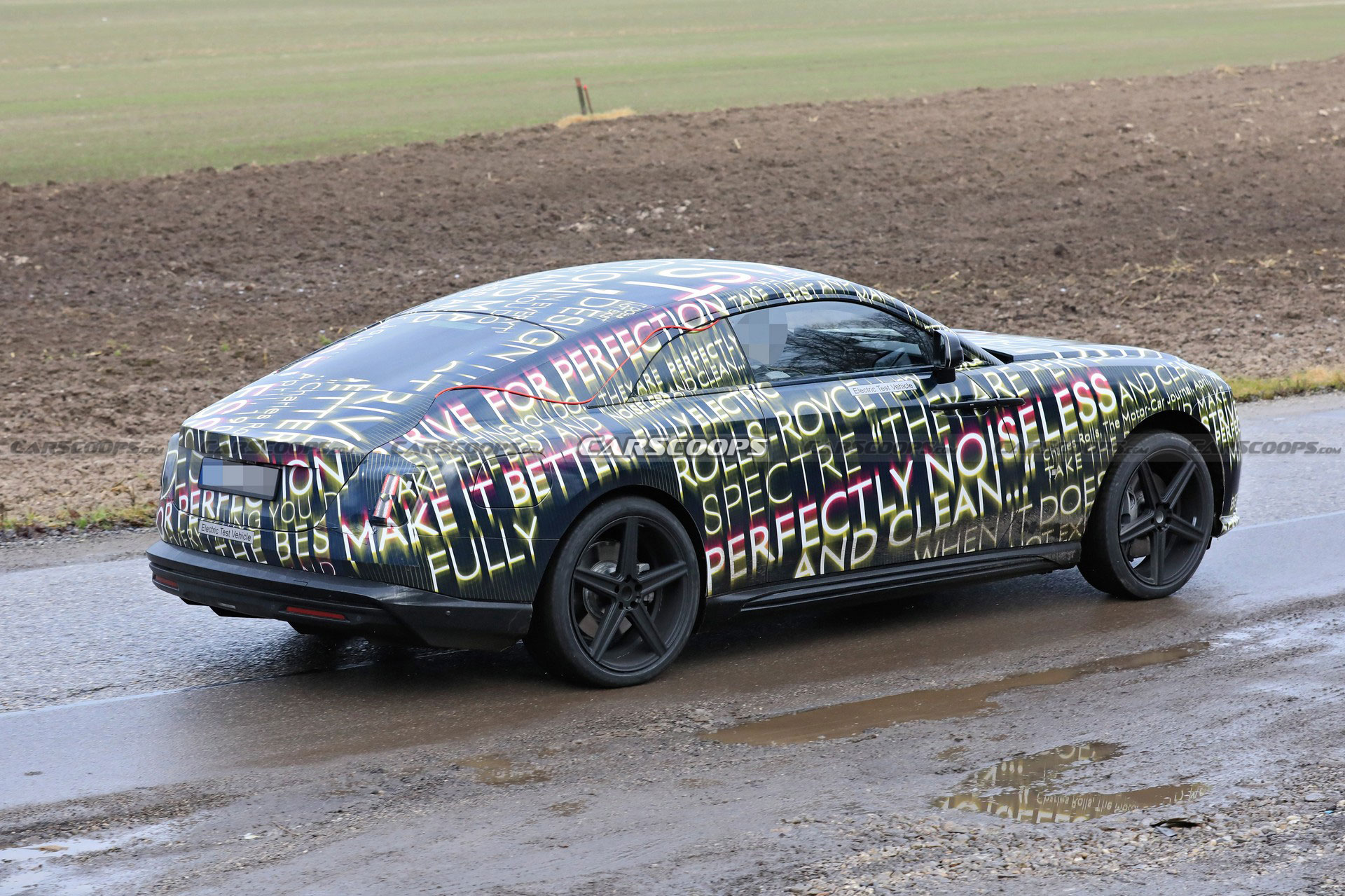 The company has been coy on specifications, but has already confirmed the Spectre will ride on the Architecture of Luxury which was launched in 2017 on the Phantom. Despite being five years old, Rolls-Royce noted the platform “was created to form the foundation of not just different internal combustion engine models … but models with completely different powertrains.”

While the Spectre will ride on a unique platform, it’s powertrain is expected to echo the upcoming BMW i7. That particular model is slated to be introduced later this year and rumors have suggested the luxury sedan could have a 120 kWh battery pack that allows for up to 435 miles (700 km) of range. Reports have also indicated there will be an assortment of different variants including a high-performance model, which could have a tri-motor powertrain developing up to 740 hp (552 kW / 750 PS).