Lotus published the first live-action video and shots of the new Emira GT4 racecar after making its debut in a VIP event at the Hethel track in the UK. The new racecar was first previewed in September 2021 and is the first model coming from the newly-established Lotus Advanced Performance division, developed in collaboration with the RML Group.

Gavan Kershaw, Director of Vehicle Attributes at Lotus and former British GT champion, drove the Emira GT4 on Hethel’s 2.2-mile test track, joined by a 1965 Lotus Type 30. During the event, VIP guests were offered multi-lap rides to experience the racecar’s performance from the passenger’s seat. Luckily the British automaker took some video footage from the hot laps so we get to watch it attack the curbs while listening to the unrestricted sound of its exhaust.

The Toyota-sourced mid-mounted 3.5-litre V6 engine produces 400 hp (298 kW / 405 PS) thanks to a Harrop TVS 1900 supercharger and a Motec engine management system. Power is sent to the rear wheels through an Xtrac six-speed sequential transmission with the help of a limited-slip differential. 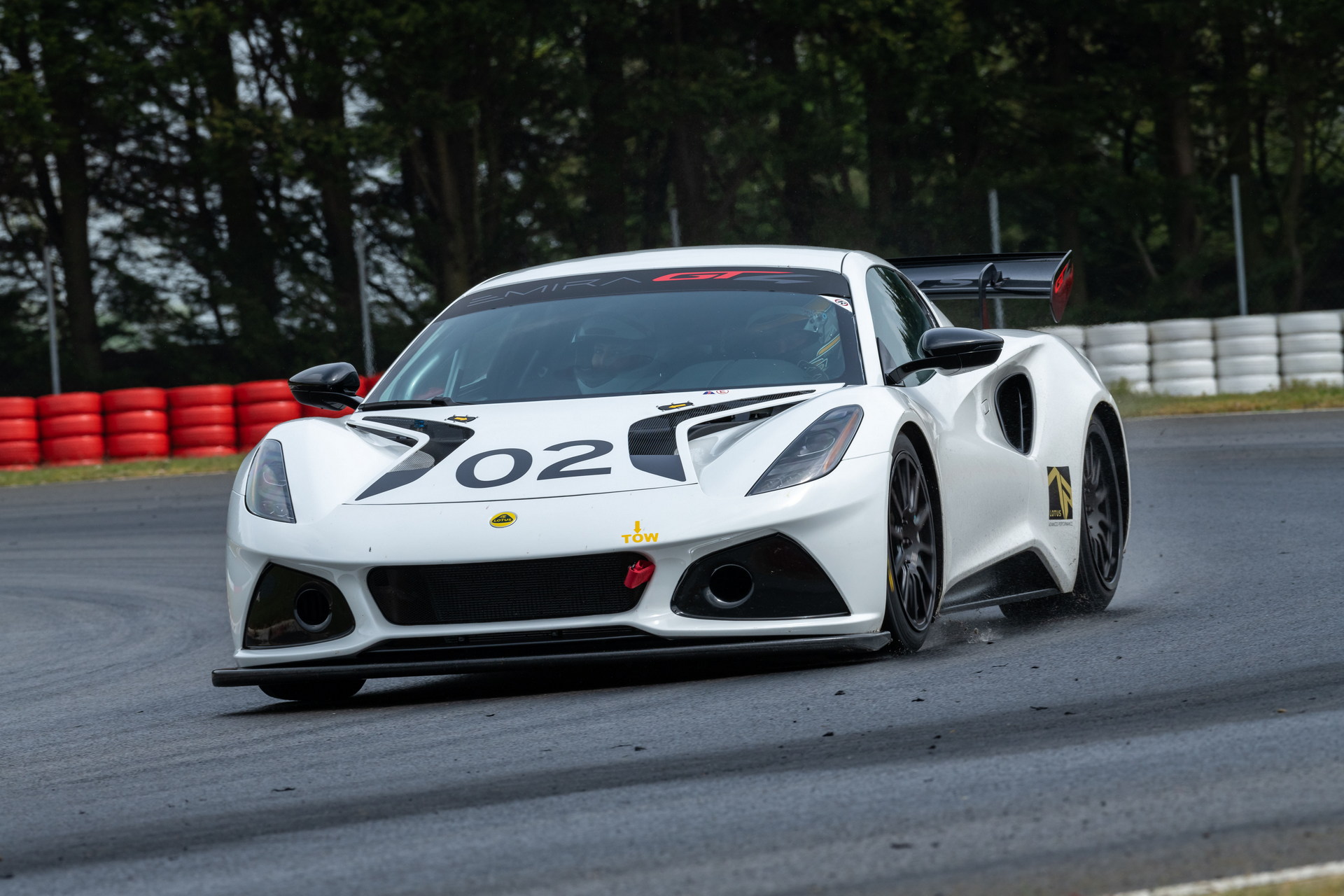 In line with regulations, the Emira received an FIA-homologated roll cage, a racing seat with a six-point harness, an electronic fire extinguisher system, isolator switches, a data-logging system, a motorsport wiring harness, and a 96-liter FIA-approved fuel tank. According to Lotus, the racecar weighs 1,300 kg (2,866 pounds) without fluids, while a street-legal Emira tips the scales at 1,405 kg (3,098 pounds).

The Lotus Emira GT4 sold out for the first year of production, with pricing starting from £165,000 ($204,258) excluding taxes and delivery costs. Following the growing demand, Lotus plans on increasing production for 2023.