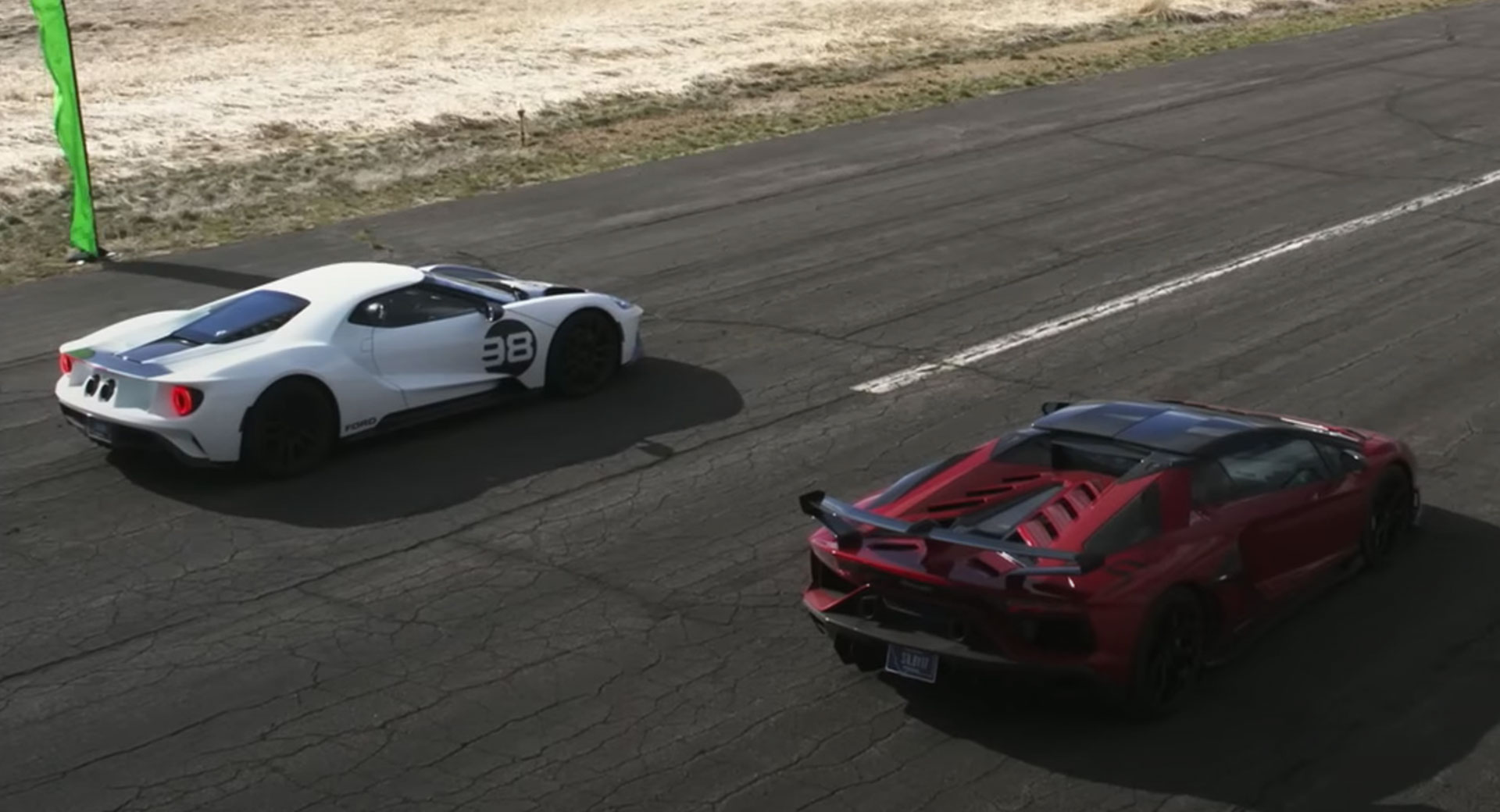 The Lamborghini Aventador may be on its final legs but in potent SVJ guise, it remains one of the quickest production cars in existence. However, not even that was able to help it when competing against a Ford GT in a drag race.

Top Gear America recently returned to MotorTrend+ for a new season and in the season premiere, the two mid-engined supercars were lined up for a head-to-head drag race. The result is quite surprising.

Watch Also: Lamborghini Aventador SVJ Reminds Us Of Just How Great V12s Are

What’s more, the Lamborghini also has the advantage of being all-wheel drive while the GT sends all of its power to the rear wheels. Both cars are nearly identical when it comes to weight, each tipping the scales at a touch over 1,500 kg (3,306 lbs).

It is safe to say that the driver of the Lamborghini botched the launch. While he does appear to have used the car’s launch control system, it experiences heaps of wheelspin off the line, forcing him to aggressive countersteer to keep it in a straight line. By comparison, the Ford doesn’t appear to have encountered any traction issues despite being rear-wheel drive and the race being conducted on a very dirty and dusty piece of tarmac.