Lamborghini has received ISO 20121 certification from TUV Italia stating that its Squadra Corse event in Misano was run sustainably. That doesn’t necessarily mean that the racing was sustainable, but the activities surrounding it were carried out in accordance with criteria for “environmental, social, and economic sustainability.”

The third round of the Super Trofeo Europe championship, the Misano event was held between July 1 and 3. The program included energy-efficient projects, the reduced use of paper and plastic, the use of local organic food for catering, food recovery projects, and a commitment to raising awareness for charitable causes through the weekend.

The racecars themselves appear to have consumed as much race fuel as they otherwise would have, though. Following lobbying efforts from supercar manufacturers, meanwhile, the EU has agreed to extend an arrangement with specialized low volume carmakers exempting them from CO2 targets that mainstream brands have to meet until 2035. 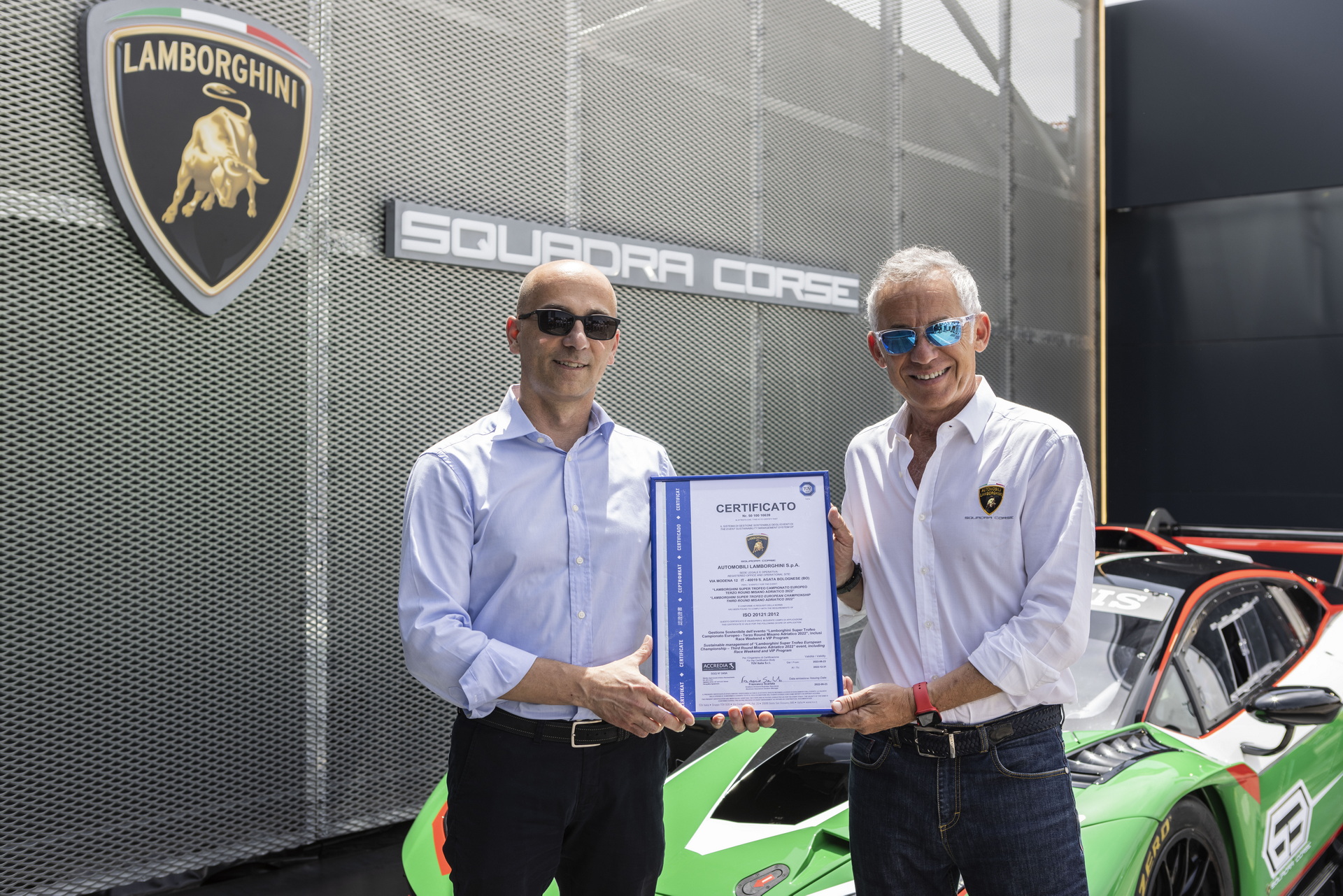 “This milestone [at Misano] marks a springboard toward an entirely sustainable championship,” said Maurizio Reggiani, VP of Lamborghini Motorsports. “The commitment we are putting into activities, projects and initiatives is comprehensive and across the board.”

Reggiani was presented with the ISO 20121 certification at the event by Francesco Scarlata, the director of the business assurance division at TUV Italia. In addition to serving organic food, Lamborghini says that Squadra Corse uses Pirelli tires that are recycled after being used on track to help promote a “circular economy.”

“Back in 2014, Automobili Lamborghini obtained certification from TÜV for the carbon fiber car repair service across the entire product range, later extended with ISO 9001 certification of Lamborghini Squadra Corse in 2016,” said Reggiani. “Sustainability is an aspect now ingrained in the Company’s DNA, and Squadra Corse wants to continue to be an active player in this area.”