Consumers can’t seem to get enough crossovers and they’re in luck as Hyundai is working on a redesigned Kona.

Looking like a huge improvement over its predecessor, the redesigned model was recently spied undergoing testing in Europe and camouflage can’t hide its bold new design.

While some details are still hidden on this prototype, it’s clear the crossover will have a more distinctive front end with stacked headlights that vaguely recall those found on the Kia Sportage lurking in the background. Previous spy photos have also shown the Kona will be equipped with a slender light bar that resides just beneath the hood. 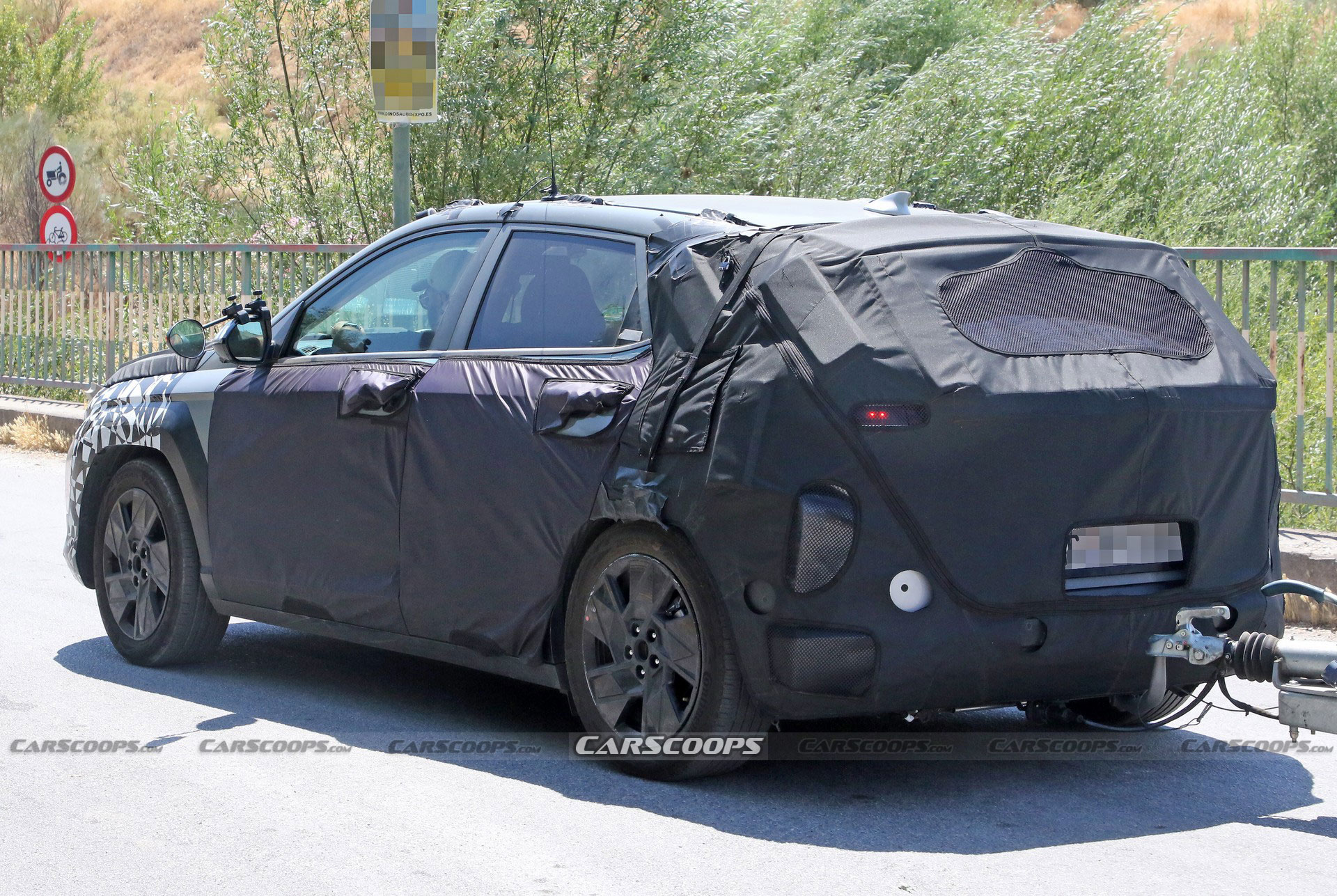 Moving further back, we can see pronounced fender flares with an edgier design. They’re joined by an angular shoulder line that appears to run nearly the full length of the vehicle. Other notable highlights include an upward sweeping beltline, sizable wheels, and what appears to be a more cohesive rear end.

Spy photographers didn’t get close enough to snap interior pictures, but previous images have shown a substantially improved cabin that takes some cues from the Ioniq 5. Highlights are slated to include a freestanding digital instrument cluster, which flows into a widescreen infotainment system. Further below, there are slender air vents, metallic accents, and modern switchgear.

Hyundai has been tight-lipped about specifications, but earlier spy photos have shown a document revealing the model will be equipped with a hybridized 1.6-liter engine. This is presumably shared with the 2023 Kia Niro, where it produces a combined output of 139 hp (104 kW / 141 PS) and 195 lb-ft (264 Nm) of torque.