The next generation of the Hyundai Kona has been spotted several times since its spy debut last February, but we had yet to see the fully electric variant. This changes today as our spy photographers caught a prototype of the Kona electric just outside the Hyundai / Kia technical center in Germany.

The electric prototype is wearing the same heavy camouflage as the ICE-powered sibling we spotted last April, hiding most body panels. What is different though is the little pocket on the front end which hints at the charging port, plus the lack of holes in front of the (covered) grille. Those elements in combination with the lack of exhaust pipes show that this Kona has an electric powertrain. 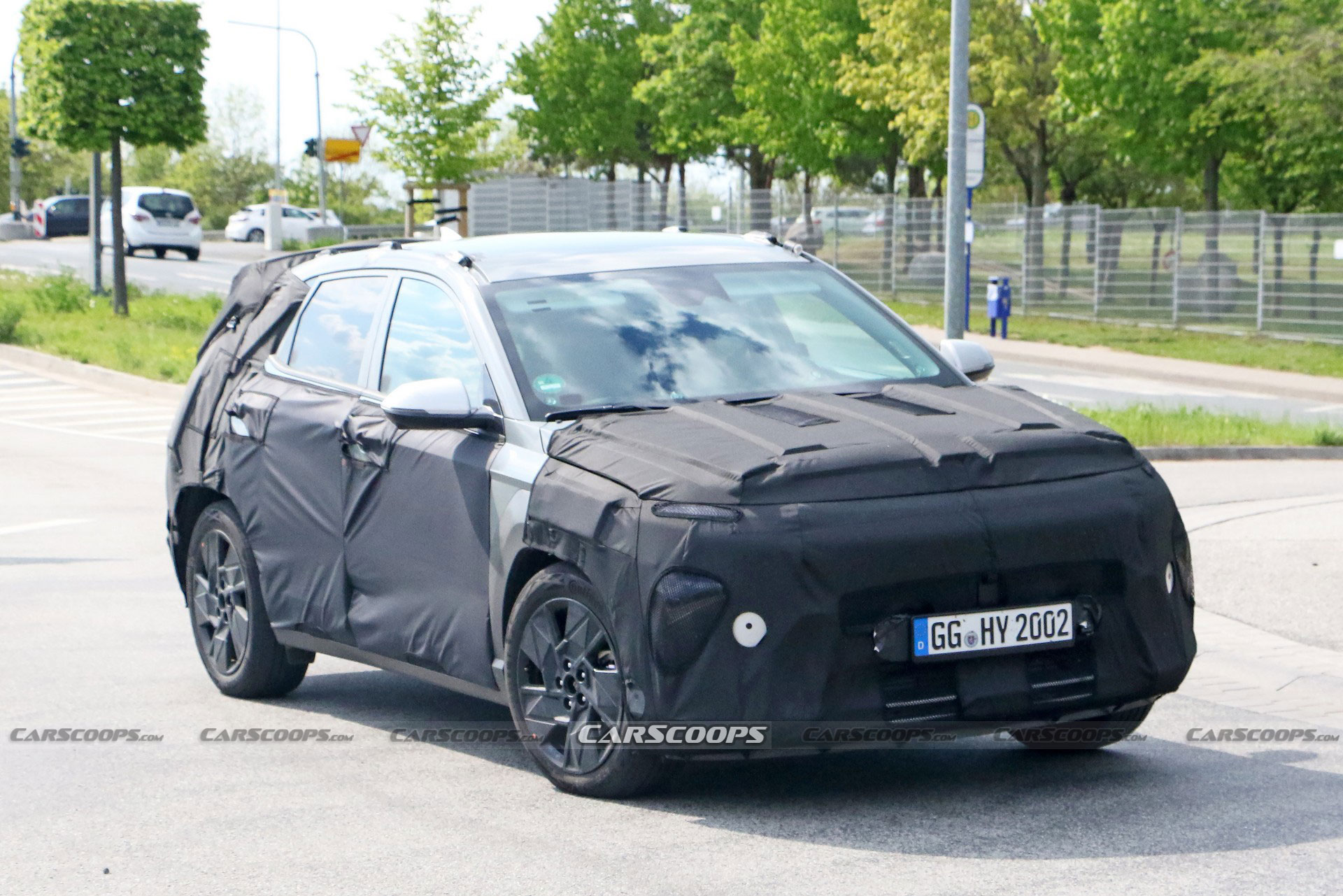 Just like its predecessor, the Kona Electric is expected to be visually distinguished by the ICE-powered variants thanks to a redesigned front end with a grille-less look and smaller intakes. The rest of the bodywork will be shared, benefiting from the more modern design of the new generation.

Recent spy shots of the ICE-powered Kona with less camouflage at the front, have revealed the presence of a full-width LED lightbar similar to the Staria, alongside trapezoidal bumper-mounted headlights. On the profile, the toned-up fenders will be either body-colored in the sporty N and N-Line variants or unpainted plastic in the other models for a more rugged look.

Inside, the Kona will adopt a similar design to the Ioniq 5, with the digital instrument cluster and the large infotainment touchscreen integrated within the same panel. As proven by earlier spy shots, the dashboard will also have metal-style accents, slim air vents, and an array of physical buttons and knobs. 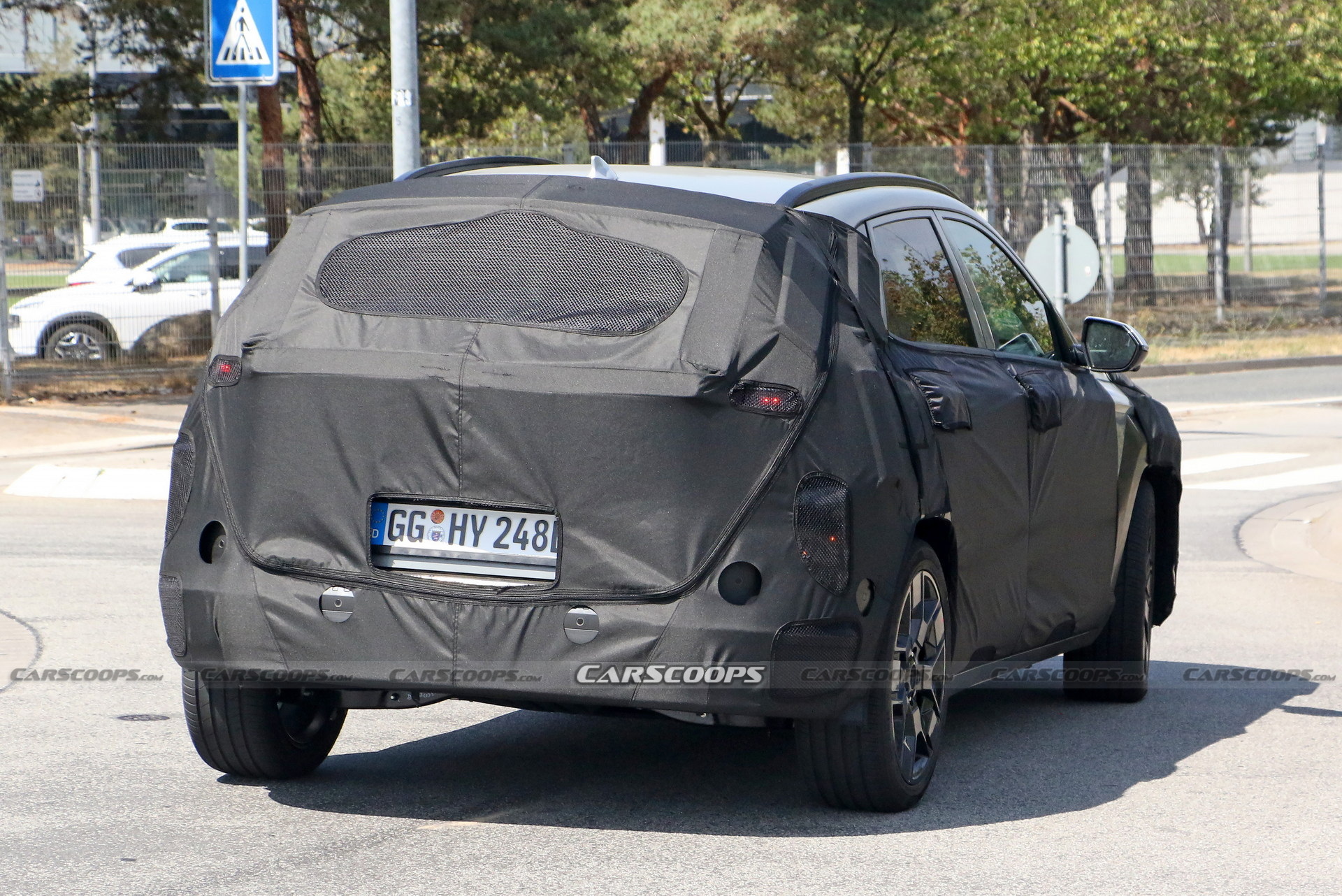 Hyundai hasn’t given us details on the Kona’s specifications, but it is expected to sit on an upgraded version of the current model’s platform. Our sources suggest that the new Hyundai Kona electric will be a sibling to the Kia Niro EV. This means it will be fitted with a 201 hp (150 kW / 204 PS) electric motor and a 64.8 kWh battery which is only slightly larger than the 64 kWh battery of its predecessor. The electric range is expected to be close to the 463 km (288 miles) WLTP figure of the Niro EV. We don’t know if Hyundai will offer an entry-level variant of the Kona Electric with a less powerful motor and a smaller battery.

The second-gen Hyundai Kona will likely debut sometime in 2023, alongside the EV variant. We expect to spot more prototypes of the SUV in the coming months, hopefully shedding more of their camouflage and giving us a better idea of the design.