It has now been 10 years since the highest-power Veyron had its roof cut off for the 16.4 Grand Sport Vitesse, and Bugatti is looking back at the remarkable engineering that made it possible. Shortly after its debut in 2012, the roadster broke the speed record for open-top vehicles at 408.84 km/h or 254.04 mph, and holds it to this day.

Powered by the French automaker‘s massive W16 engine, the car was a direct result of customer demand for an open-top version of the Veyron 16.4 Super Sport coupe, which upped the car’s power to 1,183 (883 kW/1,200 PS).

The greatest challenge, Bugatti says, was ensuring that the car would remain stable at high speeds and capable of handling a rollover. To add reinforcement, the company made the removable roof section out of a lightweight piece of polycarbonate. With a rigidity of 22,000 Nm (16,226 lb-ft) per degree along calculated load paths, the section became an important part of the car’s rigidity and safety standards. 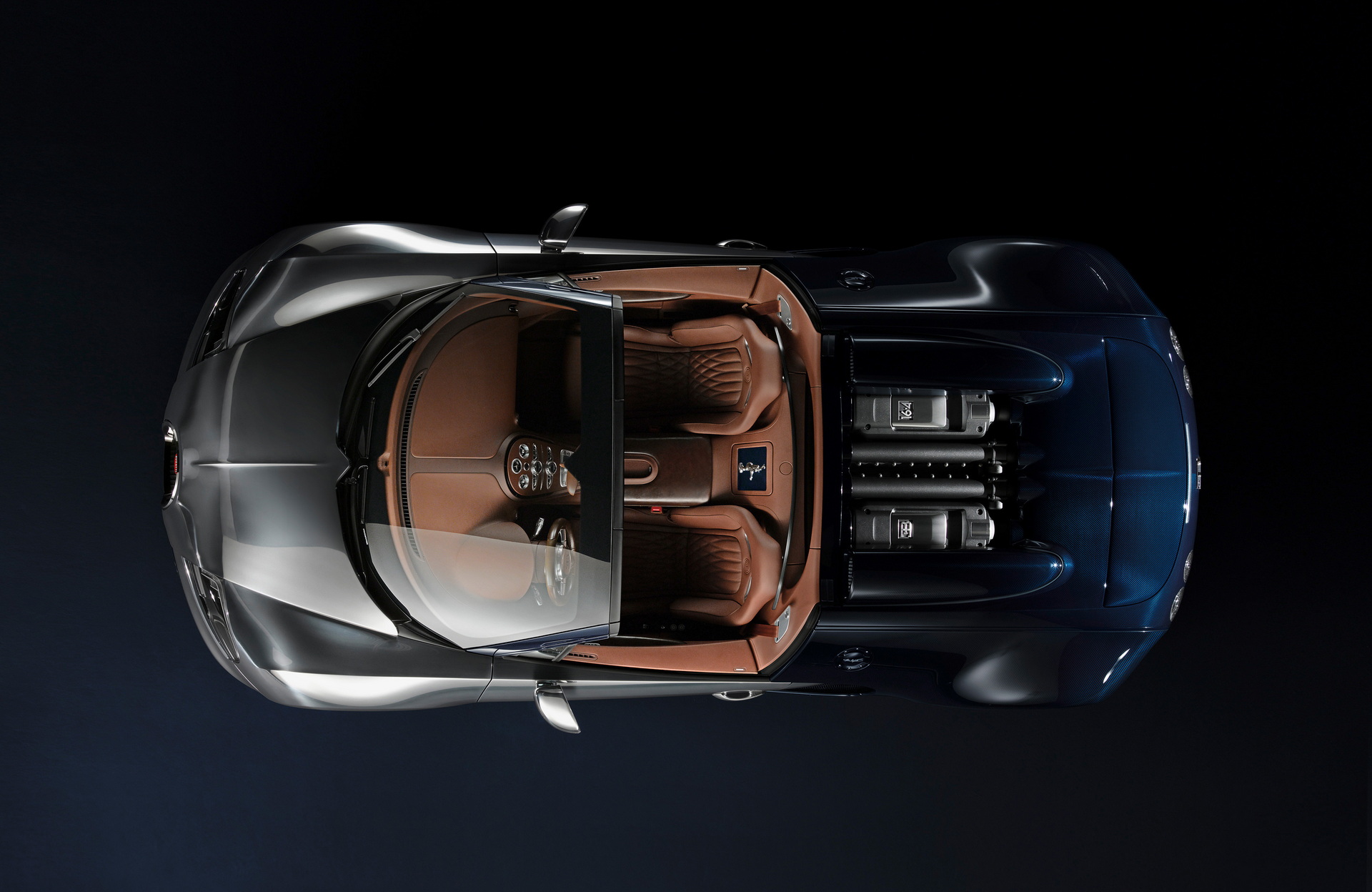 When the roof came off, though, the car still had to be stiff. The monocoque, then, had to be optimized to account for the change. That meant reinforcing it around the side skirts, while the B pillars were stiffened with a carbon fiber support. The transmission tunnel was also reinforced with a carbon plate to combat torsional flexing. The doors, too, were made of carbon fiber and got a longitudinal support with pins that helped pass loads from the A pillar to the B pillar in the event of an accident. Even the air scoops on either side of the engine cover were integrated into the rollover protection.

“Minus the roof, the Veyron 16.4 Grand Sport Vitesse demonstrates just how unparalleled Bugatti’s engineering expertise is. Although the weight distribution is completely different when the roof is down, the vehicle remains stable and accelerates just as impressively as it does with the roof closed,” said Christophe Piochon, the president of Bugatti. “With the Veyron 16.4 Grand Sport Vitesse, Bugatti proved it was possible to build an open-top hyper sports car with very high performance and power output that drives extremely dynamically and very comfortably.” 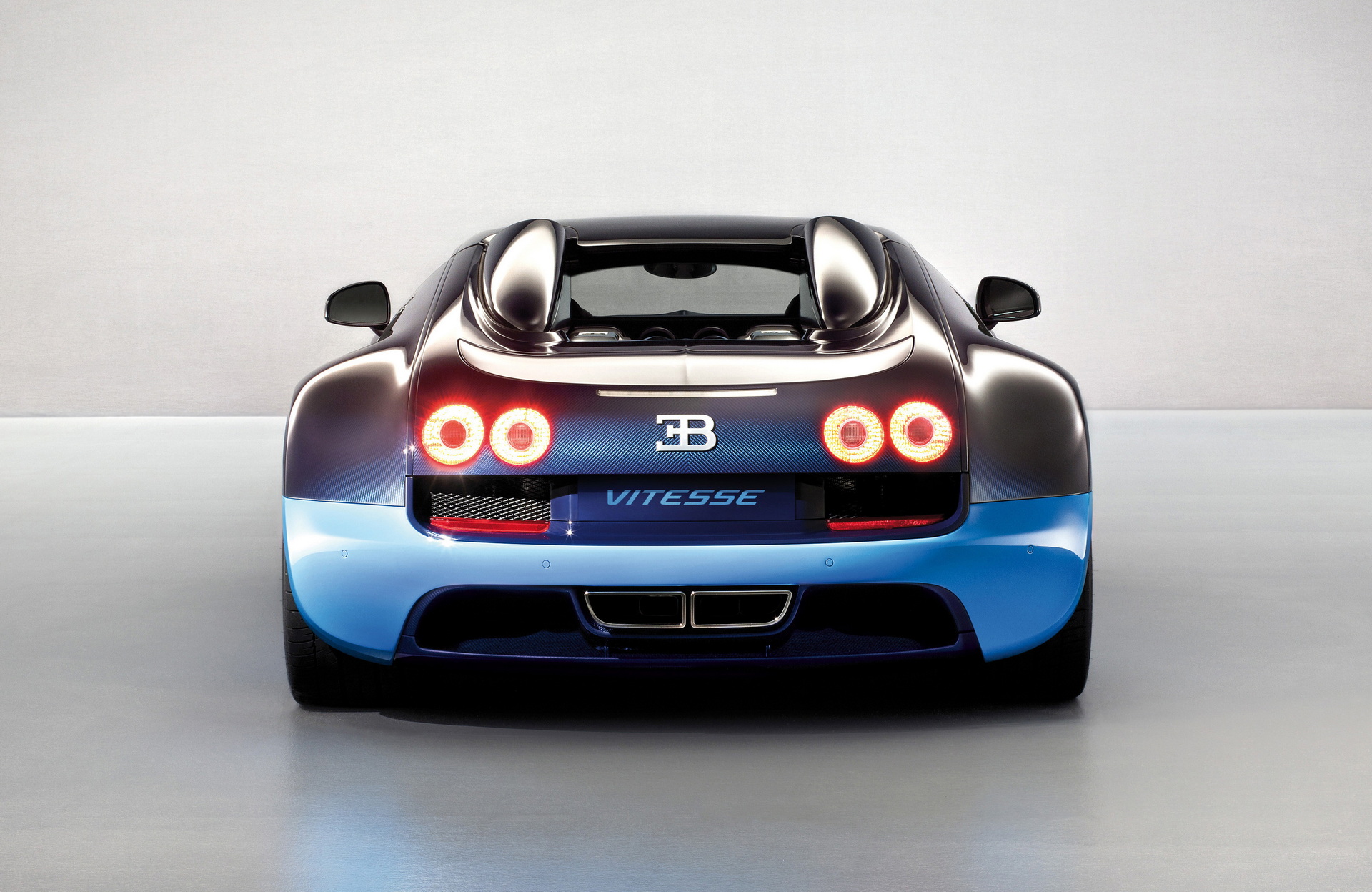 To handle the extra 196 hp (146 kW/199 PS) over the standard Grand Sport, the Veyron 16.4 Super Sport‘s front air intakes were added to feed more air into the intercoolers that supply the W16’s four turbochargers. Below the air intake, a new front spoiler could be found and was complemented by a double diffuser, providing the car with added aerodynamic control. A central twin-pipe exhaust and a roof edge spoiler, meanwhile, helped define the aggressive look of the high-speed model.

All of which helped the Veyron 16.4 Grand Sport Vitesse to a top speed of 254.04 mph (408.84 km/h) with the roof up, making it the fastest production roadster in the world, a record that still stands today (at least until Hennessey’s upcoming Venom F5 Roadster can prove its 300mph claims). Although Bugatti limited the top speed to 233 mph (375 km/h) with the roof down, that was 10 mph (15 km/h) faster than the Veyron 16.4 Grand Sport that preceded it.

“The internal noise and turbulence are reduced to a minimum thanks to the roof edge spoiler and an elaborately designed wind deflector. Even at top speeds of over 200 km/h (124mph), the passengers can still hold a conversation with the top down,” said Piochon. “This was us catering to a fundamental customer wish.”

The last model in the Veyron series, the car’s 10th anniversary marked an important landmark in the history of the brand and the car that started the modern Bugatti we know today.