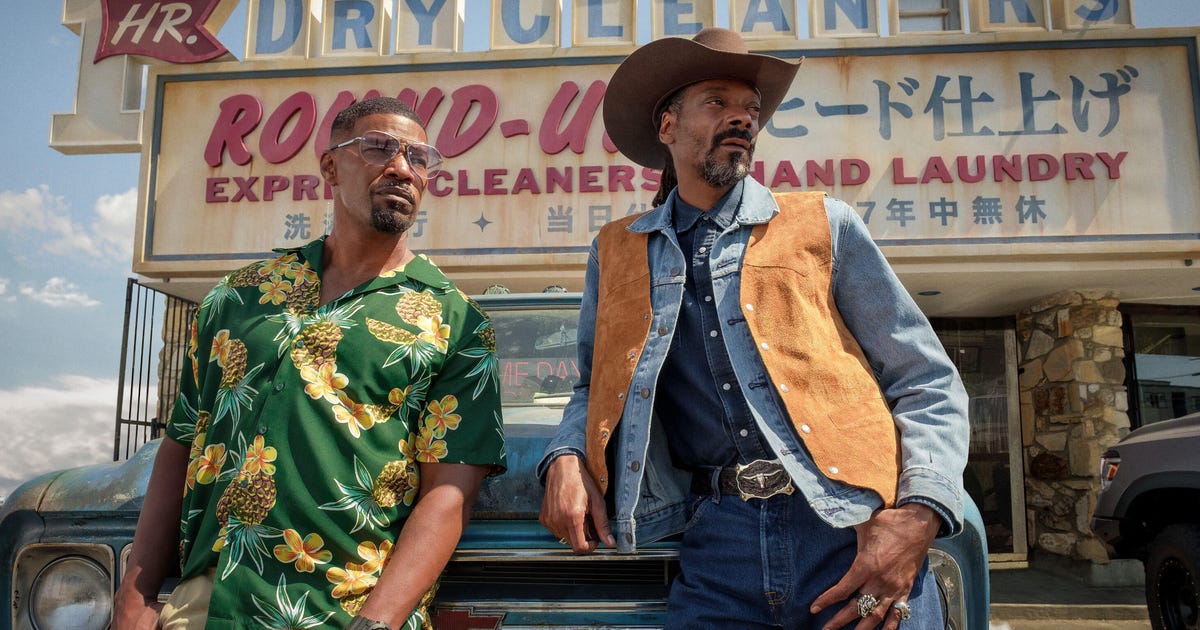 In the final act of the new Netflix film Day Shift, a bizarre-yet-really-fun buddy-action-horror-comedy, Snoop Dogg (yes, THAT Snoop Dogg) delivers a line that just about makes the entire movie worth it: “That’s what I love about LA. All the damn vampires.”

Aside from the heart, comedy and fanfare that Snoop brings to the film (despite limited screen time, his cowboy-hatted performance truly carries the movie), his quote both harks back to vampire movie history — evoking The Lost Boys — and encapsulates the film’s unique twist on the vampire genre that takes advantage of the grit and commercialism of Los Angeles.

Forget the years of Hollywood resigning vampires to sleepy Northwestern suburbs, abandoned factory cities, and German coastal towns; for Day Shift, Hollywood looks inward, recognizing the power of a city known for being parasitic as a setting where vampires come out to play.

It’s perhaps the best part of a movie that unfortunately could be accused of doing too much otherwise. Jamie Foxx and Dave Franco are at the heart of a fast-moving plot, which also throws in confusing original lore (the vampires created a sunscreen to survive in the sun? And they’re building a real estate empire?), plus a carousel of characters who often don’t get enough screen time to build relationships with one another. (Need. More. Cowboy. Snoop.) Day Shift perhaps would’ve served better as a Netflix series. But the world it does establish within its 1 hour, 53 minute run time is one that’s, honestly, really fun.

In the world of Day Shift — streaming on Netflix now — vampires are nocturnal predators in the San Fernando Valley who hunt, kill, and yes, vampirify humans in their thirst for blood.

Humans aren’t just helpless victims, though. Enter vampire hunters, a pseudo-underground network of trained professionals who hunt and kill vampires by any means necessary – most commonly through the classic method of decapitation – not only for human safety, but with an added incentive. In this world, vampire fangs – the one body part a vampire cannot regenerate – are part of a huge black market industry.

But the shifty underground market isn’t the only thing that gives this movie a gritty, distinctly Californian action movie vibe like 2011’s Drive or Baz Luhrman’s classic Romeo + Juliet adaptation.

Take pantsuit-clad vampire kingpin Audrey, played by Karla Souza, who through her real estate deals (read: secret hives for vampires) feels more like a cutthroat valley business woman than an evil coven leader. Or Snoop Dogg’s denim-and-leather-suited modern-day cowboy who’s inexplicably so cartoonish that he feels exactly like the kind of person you’d realistically see posted up outside of a strip mall in Los Angeles. Consider even the wild bureaucracy of the vampire hunter union, which despite its clandestine purpose still hammers Foxx’s character, Bud, throughout the movie with strange bylaws and fees that threaten his membership. All of it contributes to a weird, outlandish and funny setting that truly could be “only in LA.”

Combine that with a sun-soaked visual aesthetic, a pretty killer soundtrack (Snoop Dogg’s hazy rhymes obviously make an appearance), and some amazing buddy-cop (err, buddy-vampire hunter) chemistry between Foxx and Dave Franco, and you’ve got a pretty solid way to spend two hours.

While it might not become a critical part of the vampire movie canon, at least the vampires are out in new parts of the world searching for new blood.

Movies Coming in 2022 From Marvel, Netflix, DC and More