The Mitsubishi Xpander MPV received a facelift last year, but the Cross variant didn’t receive any updates back then. Thus, Mitsubishi has now launched the facelifted Xpander Cross with revised styling and new features. The model is already available in Indonesia and will soon roll out in other markets.

The regular Xpander was introduced in 2017, while the more adventurous Xpander Cross followed in 2019. This is why the facelift of the latter was delayed by a year over the former. Predictably, the model gets similar visual updates with its non-crossover sibling including T-shaped LEDs for the split headlights and the taillights, pus a version-specific bodykit that helps with differentiation. 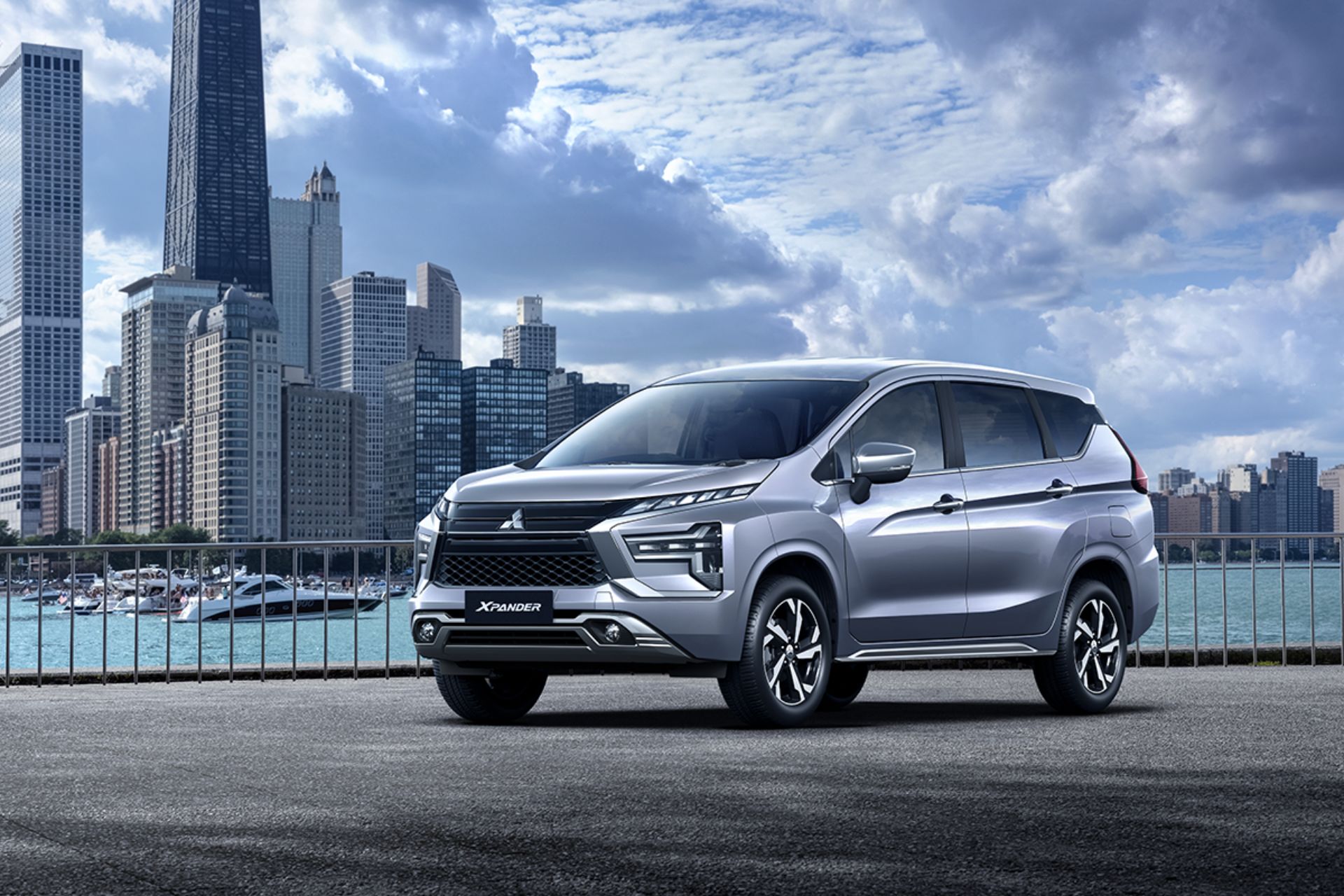 Indeed, the front bumper is unique to the Xpander Cross with rugged features including an aluminum-style skidplate with integrated inlets. The profile gets boxier plastic cladding for the wheelarches, additional aluminum-style trim, and a new set of 17-inch alloy wheels. Thanks to the redesigned front and rear bumpers, the overhangs have been expanded by 95 mm (3.7 inches) in a quest to improve the MPV-style proportions.

The rear end benefits from slimmer taillight housings, a revised tailgate, and a new rear bumper mirroring the design of the front end. All those elements make the MPV look more like an SUV, which was the goal of the designers. There is also a new body color called Green Bronze Metallic joining the existing shades.

Inside, the Xpander Cross gets the redesigned dashboard of the facelifted Xpander. New features include a 9-inch infotainment touchscreen, an 8-inch digital instrument cluster, a revised four-spoke steering wheel, new climate controls, plus a wireless charging pad on the lower part of the center console. The cabin retains its three-row layout, offering room for up to seven passengers. 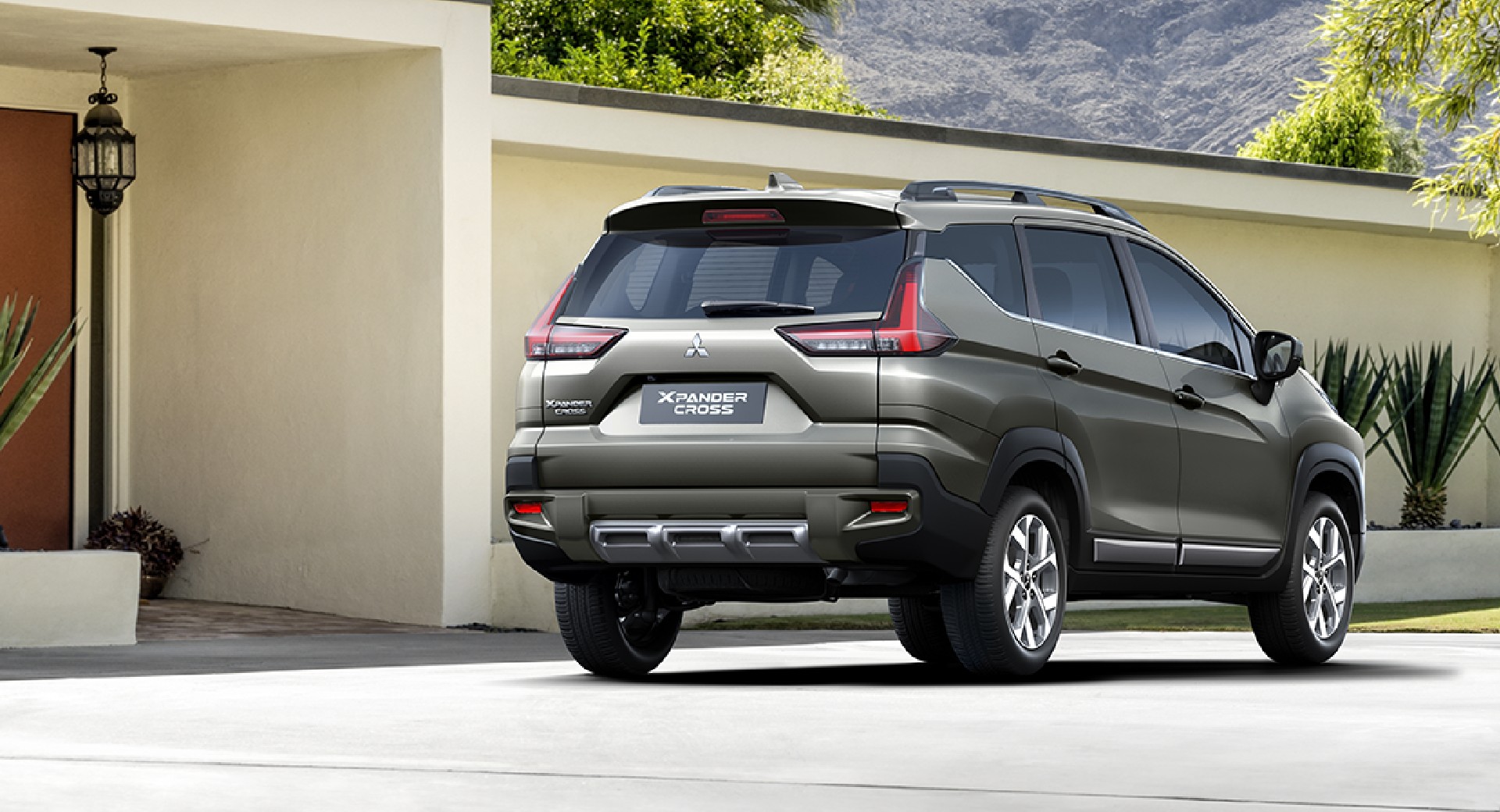 The Mitsubishi Xpander Cross is fitted with a familiar naturally aspirated 1.5-liter engine producing 103 hp (77 kW / 105 PS) and 141 Nm (104 lb-ft) of torque. Just like in the regular Xpander facelift, the mill is now combined with a new CVT gearbox sending power to the front axle. Don’t be fooled by the high ground clearance and the rugged styling as Mitsubishi never offered an AWD Xpander.

The Mitsubishi Xpander Cross is priced from 309,950,000 Indonesian Rupiah ($21,117), which makes it considerably more expensive that the regular Xpander starting from 253,400,000 Indonesian Rupiah ($17,268). The models will be sold in Southeast Asia, the Middle East, Latin America, and Africa. Between 2017 and 2022, Mitsubishi sold more than 470,000 units of the Xpander and Xpander Cross. Last year, the Xpander series was Mitsubishi’s third best-selling model, proving that there is still a market for crossover-style minivans.