A bunch of 2023 Acura Integra models have hit the used market after being involved in a variety of different accidents, leaving them with serious damage.

While deliveries of the sporty sedan only started in June, we wrote about a couple of them that reached salvage yards in July. Fast forward to September and we have come across a further three Integras that have had their lives cut far too short.

The first of the trio is a black Integra A-Spec that is available through Copart’s Pittsburgh West location. Images show that the Integra was involved in quite a serious collision that led to comprehensive damage down the driver’s side. Indeed, the car is a missing a wheel and hub assembly and has extensive bodywork damage. While repairing it could be possible, we suspect it is more likely the winning bidder will strip it down and sell it for parts. 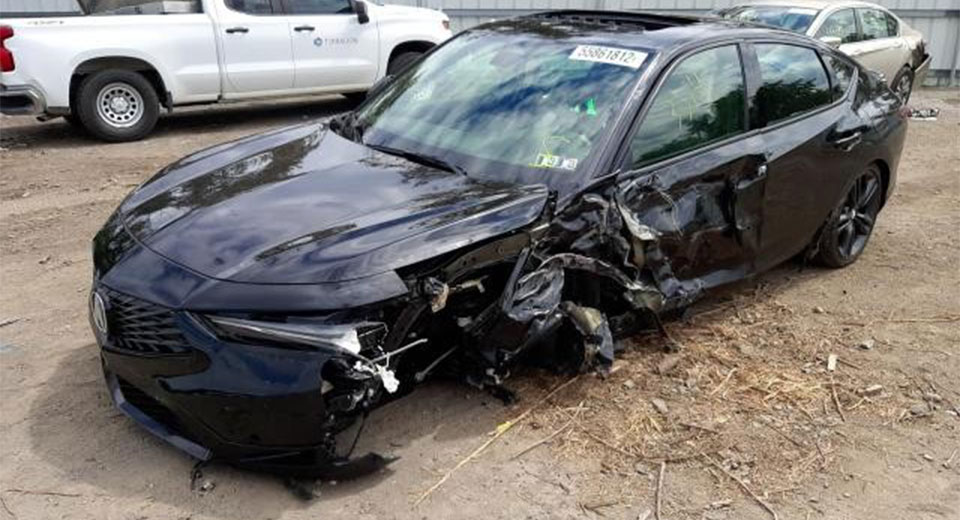 This second Integra is also an A-Spec variant but is painted in a dark shade of grey and is available in Hampton, Virginia. It was crashed with 2,029 miles (3,265 km) on the clock and seemingly involved in at least two impacts, with the hood bent upwards and the rear bumper caved in. It’s a sad sight to see but could be salvageable.

The third and final 2023 Integra we’ve come across is also an A-Spec model and has been listed for auction through IAAI in Long Island, New York. It has the least amount of damage of the trio and could seemingly be returned to the road with little more than a new bumper and grille.

While the 2023 Acura Integra may not have initially won over enthusiasts quite as the automaker would have hoped, sales figures from July 2022 reveal that 1,429 examples were sold, placing it behind the MDX and RDX as Acura’s third best-selling model.