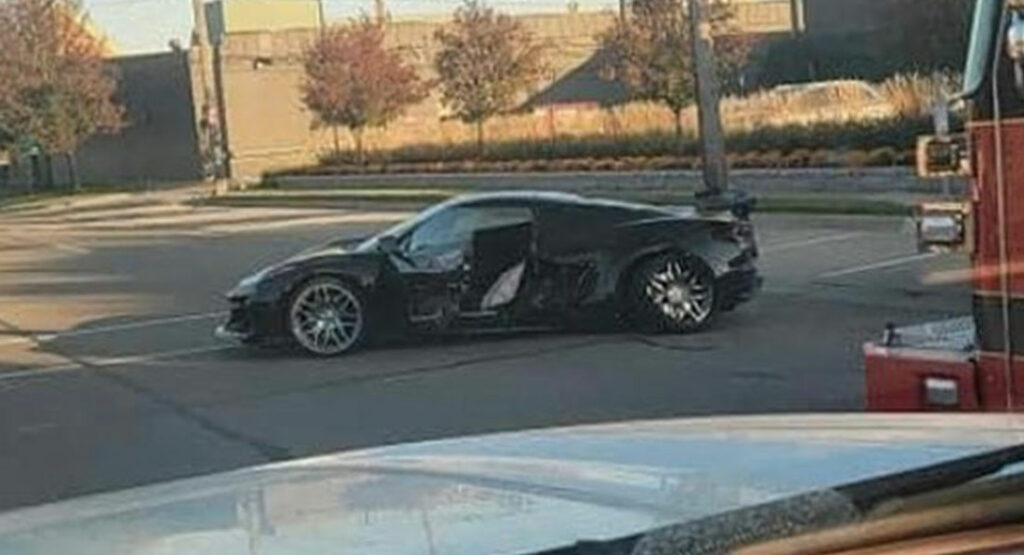 The first known crash of a 2023 Chevrolet Corvette Z06 appears to have recently occurred in Bloomfield, Michigan, despite the fact that customers deliveries of the supercar have yet to commence.

A single image of the damaged ‘Vette was shared to Instagram by user zr1_m7. It shows a black C8 Corvette Z06 sitting in the middle of the road with a fire truck in the foreground.

While no details about the crash are known, we can see that the driver’s side of the car has suffered extensive damage and appears badly dented. In addition, one of the rear wheels has been knocked out of position after what must have been quite a hefty impact. Making this crash all the more unfortunate is the fact that the ‘Vette appears to be optioned with the Z07 Performance Package.

Perhaps the only consolation is that this probably isn’t a customer-ordered car, as Corvette Blogger suggests.

It is understood that 31 customer-ordered Corvette Z06s have been built but importantly, none of them have been released from the Corvette Assembly Plant’s quality assurance hold. As such, the Corvette in question is likely one owned by Chevrolet itself and was probably being driven by an engineer from General Motors or from a third-party supplier.

The first customer deliveries of the 2023 Corvette Z06 are expected to kick off next month. As one of the most talked-about performance cars built in the U.S., you can rest assured that there will be a lot of hype about the car reaching the hands of buyers. However, it’s almost inevitable that the first crashes of customer-owned Z06s will occur in the coming months.