A Land Rover Defender rolled over multiple times on an Orlando highway after crashing with a Mazda CX-5 that was erratically trying not to miss the exit. Despite the severity of the crash, the driver and passengers of the Defender walked away with minor injuries, showing the high safety standards of modern vehicles.

The gray Defender 110 was driving fast in the right lane of the I-4 West in Orland, US, when the driver of the blue Mazda CX-5 decided to cut three lanes without notice in order to make the exit. A truck was blocking the view making the crash between the two SUVs inevitable. The angle of the collision sent the Defender flying through the air, with the Mazda working as a ramp.

As a result, the Defender rolled over five or six times, sending debris flying all over the place, just like in the latest James Bond film. The SUV even flew over the concrete wall separating the highway, ending up on the other side. Thankfully, oncoming traffic stopped on time, avoiding a pile-up.

Watch: Land Cruiser Rollover Accident Shows What Not To Do When Driving On The Beach

SUVs and off-roaders are generally considered to be safer due to their high seating position and commanding road presence. However, they also have a high center of gravity that makes them more prone to rollover accidents like this. Still, the unibody frame of the Land Rover proved its strength, keeping the cabin intact despite receiving multiple hits from every possible angle. As a result, the driver and the passengers of the Defender escaped with only minor injuries as they were all wearing seatbelts. The vehicle on the other hand is definitely a write-off, missing wheels and having sustained serious damage on every single body panel.

The video was part of an accident compilation originally uploaded on YouTube by MegaDrivingSchool and was re-uploaded by the New Defender Mods channel. Many commenters praised the passive safety of the SUV, saying they would consider buying one for this reason. 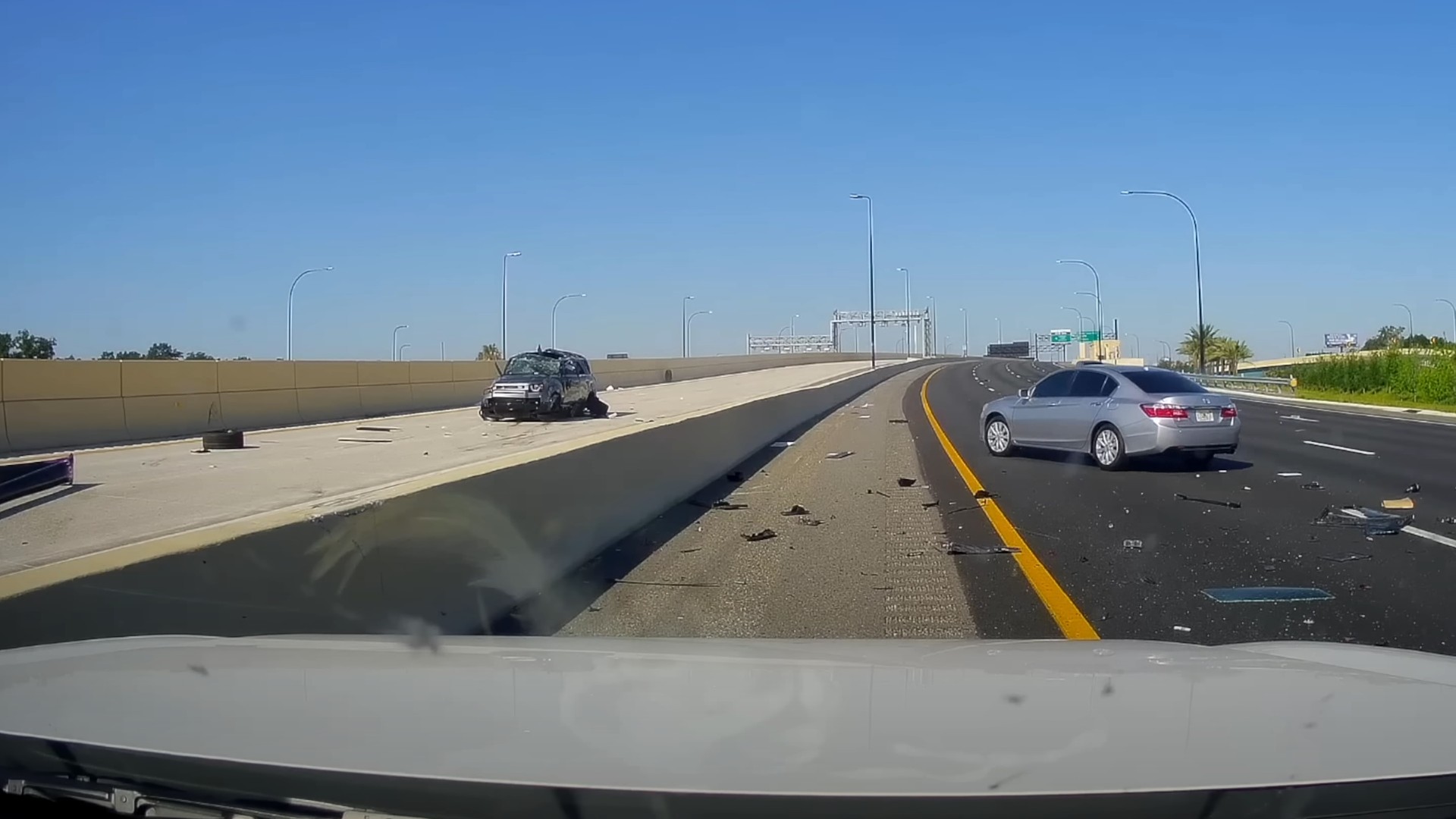