Hyundai’s N performance division will soon unveil its first electric hot crossover (hot hatch?) and as 2022 creeps to a close, we are getting that much closer to seeing the spicier version of the Ioniq 5 in the flesh.

Given how excellent the electric crossover already is, the idea of an Ioniq 5 N is enough to get any car enthusiast excited. As showcased in these new spy photographs, the Ioniq 5 N has all the makings of something very special.

Read: This Is Everything We Know About The Upcoming Hyundai Ioniq 5

While the exterior of this prototype is clad in black body cladding, it appears to be wearing its production-ready bodywork underneath. Among the most dramatic visual changes will be found up front where Hyundai will equip the Ioniq 5 with a much larger front grille that alone promises to transform the look of the EV. A bright red splitter, as present in other N models, is also expected. 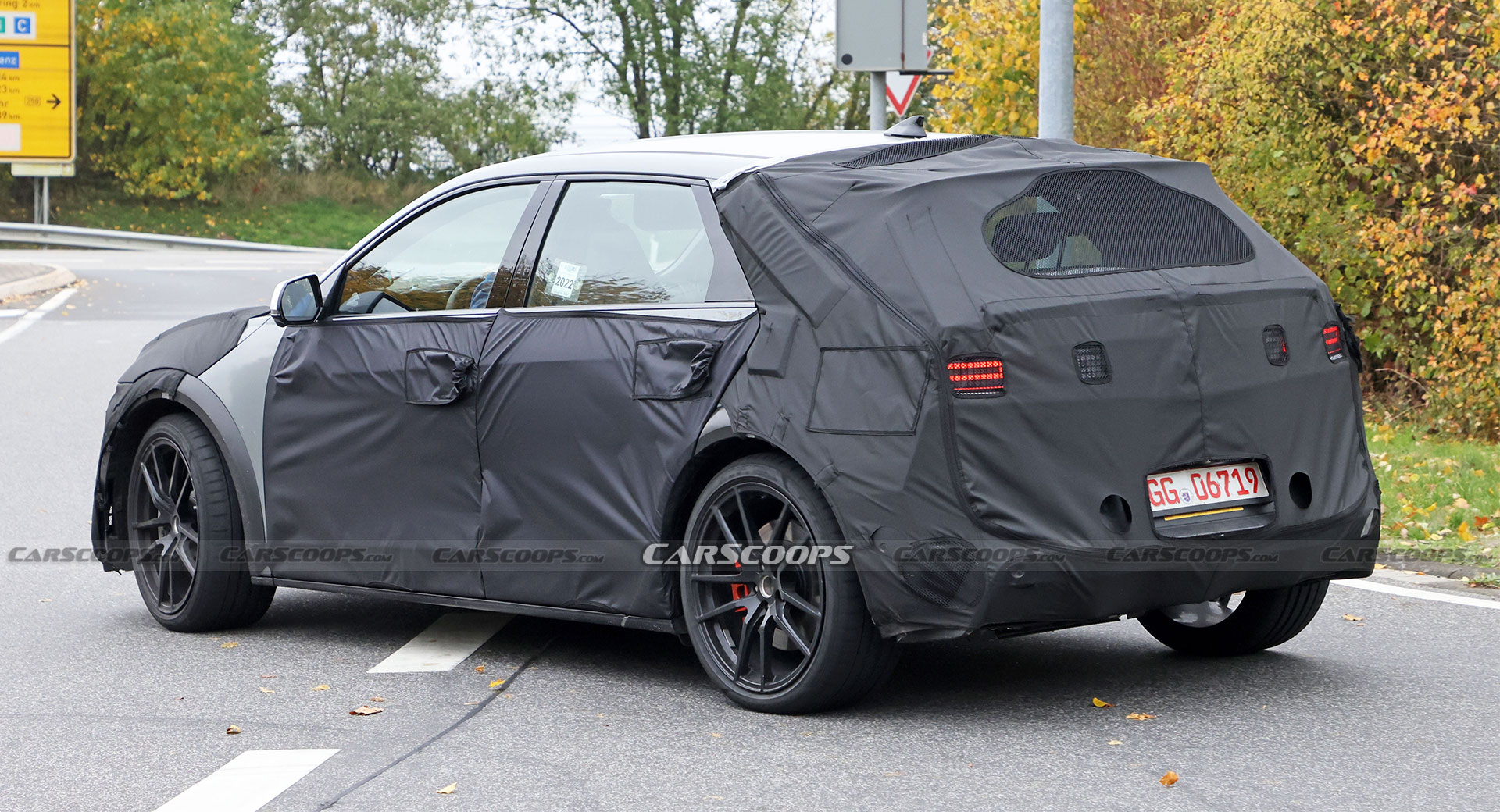 A number of alterations will also be made along the sides of the Ioniq 5, including the fitment of extended side skirts. This prototype is also rocking a set of sporty matte black wheels sitting over a set of beefier brakes. Changes made to the rear will be relatively minor but are expected to include a slightly larger roof spoiler and a new bumper with a pronounced rear diffuser.

For as interesting as the Ioniq 5 N will be to look at from the outside, it is under the skin where most of the action will be happening. The 77.4 kWh battery pack will be retained but rather than powering a pair of electric motors with 320 hp, as it does in the current flagship model, it will instead drive electric motors with a combined 577 hp and 546 lb-ft (740 Nm), matching figures of the Kia EV6. This should be enough to allow a 0-60 mph (96 km/h) in approximately 3.5 seconds.