Acura today took the wraps off the ARX-06 LMDh endurance racecar. Set to make its debut at the Rolex 24 at Daytona in January, it features a 2.4-liter V6, the smallest engine the automaker has ever put into endurance racing.

The racecar will use the AR24e power unit, which was developed by Honda Performance Developed (HPD) and brings electrification to Acura’s racing program for the first time. Based around a 2.4-liter, twin-turbocharged, direct injection, 90-degree V6, it will be capable of revving up to 10,000 rpm.

“The new Acura ARX-06 has elements of our Indy-winning technology, Honda Formula One technology and Rolex 24-winning technology in it,” said David Salters, president and technical director at HPD. “This was achieved using HPD’s world-class simulation, design, development and manufacturing technologies that our own engineers have developed, tested and validated.”

Designed to run on low-carbon fuel, Acura is aiming for the unit to reach the class-mandated maximum power output of 500 kW (670 hp/680 PS), as measured at the rear axle. The hybrid system, meanwhile, will be made of off the shelf parts. It will use the IMSA-specified Bosch Motor Generator Unit and Williams Advanced Engineering battery packs.

Acura says it was critical that the project contain a “clean sheet” design approach for the hybrid powertrain control system, brake-by-wire, and vehicle dynamics control system. All were, therefore, written in-house at HPD and the control system architecture was implemented on a Formula 1-spec ECU hardware platform.

For the chassis, meanwhile, Acura is continuing its partnership with ORECA, one of the manufacturers approved under LMDh rules. Acura worked with the supplier, though, to build the carbon fiber monocoque specifically for its power unit needs, and it has been coded into the automaker’s driver-in-the-loop simulator to help speed the development of the car. 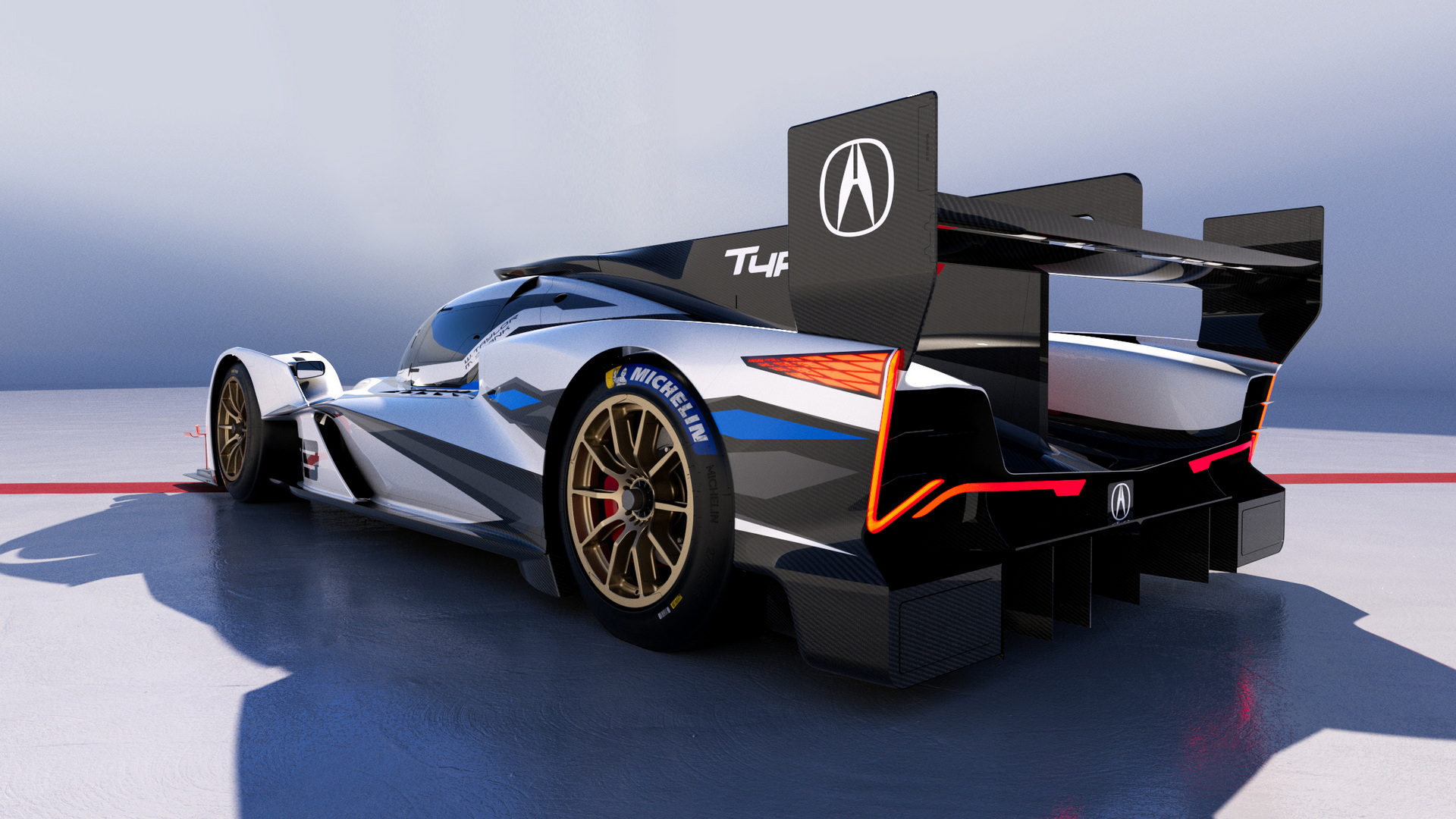 The body was designed at the Acura Design Studio in Los Angeles, California, in conjunction with ORECA and HPD’s in-house CFD aero engineers. As ever, the remit was to design a body that was visibly Acura, while making it as aerodynamic as possible.

The team says that its drivers were also involved in the design process. In fact, the rearview mirrors were moved as a result of their input. Acura was able to place them for optimal aero efficiency while still being visible to the drivers thanks to its simulator and virtual reality headsets.

Those drivers will be competing with the Wayne Taylor Racing and Meyer Shank Racing teams, which will campaign the Acura ARX-06 in the 2023 IMSA WeatherTech SportsCar Championship GTP class.

“We are looking forward to the challenge of racing Porsche, BMW and GM in IMSA’s pinnacle GTP championship,” said Salters. “We are very cognizant this is a big step for us. We have a lot to learn, but that is why we race.”