Skoda has embraced crossovers, but wagon fans aren’t out of luck as spy photographers have snapped the redesigned Superb Combi.

Caught undergoing testing in the Alps, the model is heavily disguised but features a more assertive front fascia with a larger and more upright grille. It’s flanked by slender headlights, which have a more minimalist design.

Further below, there’s a new front bumper with prominent air curtains and a mesh intake. They’re joined by angular and edgy accents. 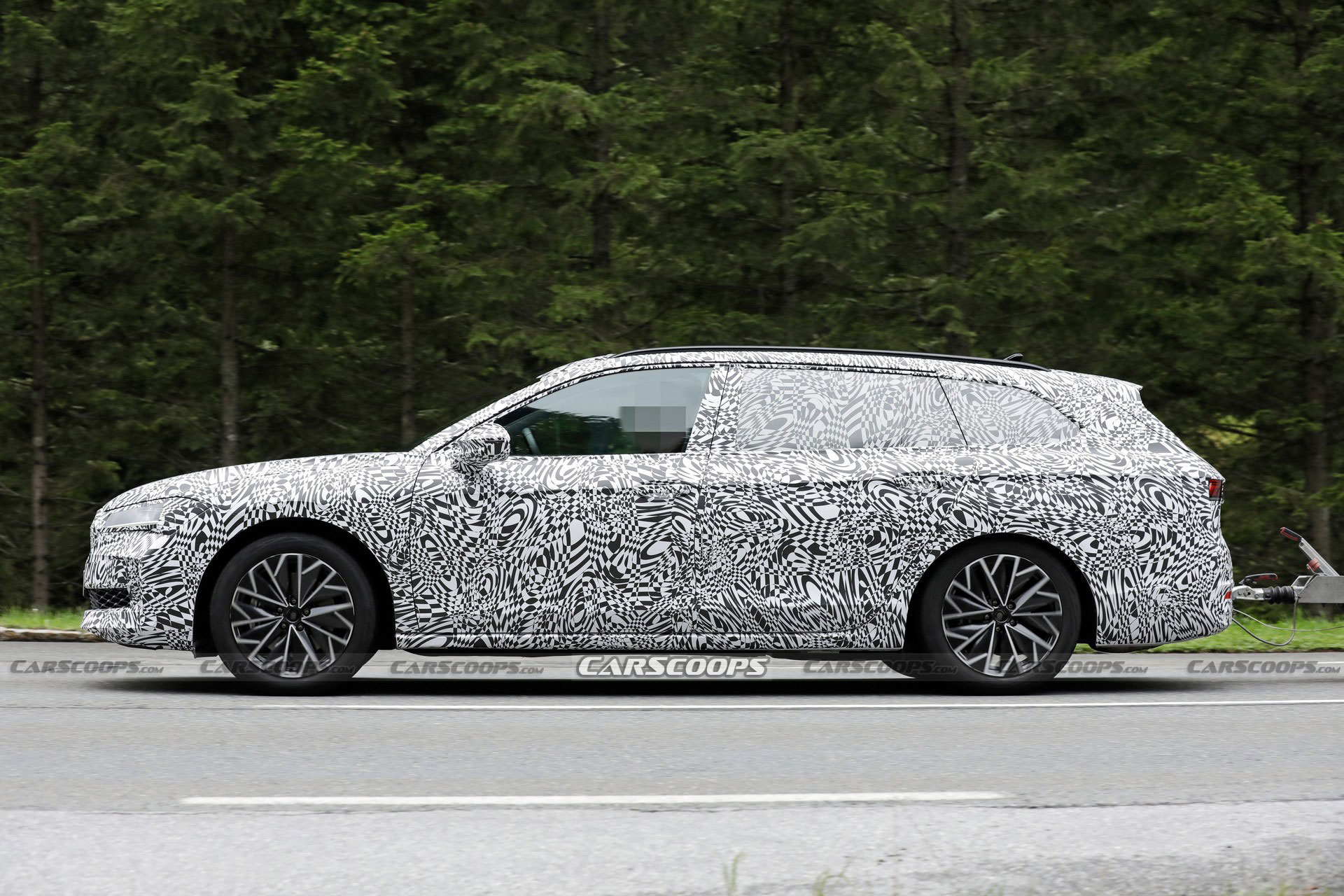 Moving further back, we can see streamlined bodywork with subtle curves. The wagon also sports a pronounced shoulder line and a generous wheelbase. Other notable highlights include a sloping roof and a sleeker looking greenhouse.

The rear end is heavily disguised, but the pictures give us a glimpse of slim wraparound taillights. We can also see a more pronounced rear spoiler and what appears to be a more conservative rear bumper.

Spy photographers haven’t gotten a good look inside yet, but the model will be based on the redesigned Volkswagen Passat and that particular model will have a digital instrument cluster and a massive, free-standing infotainment system. Previous pictures have suggested Skoda will follow a similar path and this isn’t too surprising as VW Group models will become more closely aligned to help reduce costs.

The redesigned Skoda Superb Combi is expected to be introduced in the second half of 2023 and ride on an upgraded version of the MQB platform. Powertrain details remain elusive, but the model is expected to have a Euro 7 compliant engine lineup as well as an assortment of petrol and diesel options. We can also expect mild-hybrid and plug-in hybrid variants.