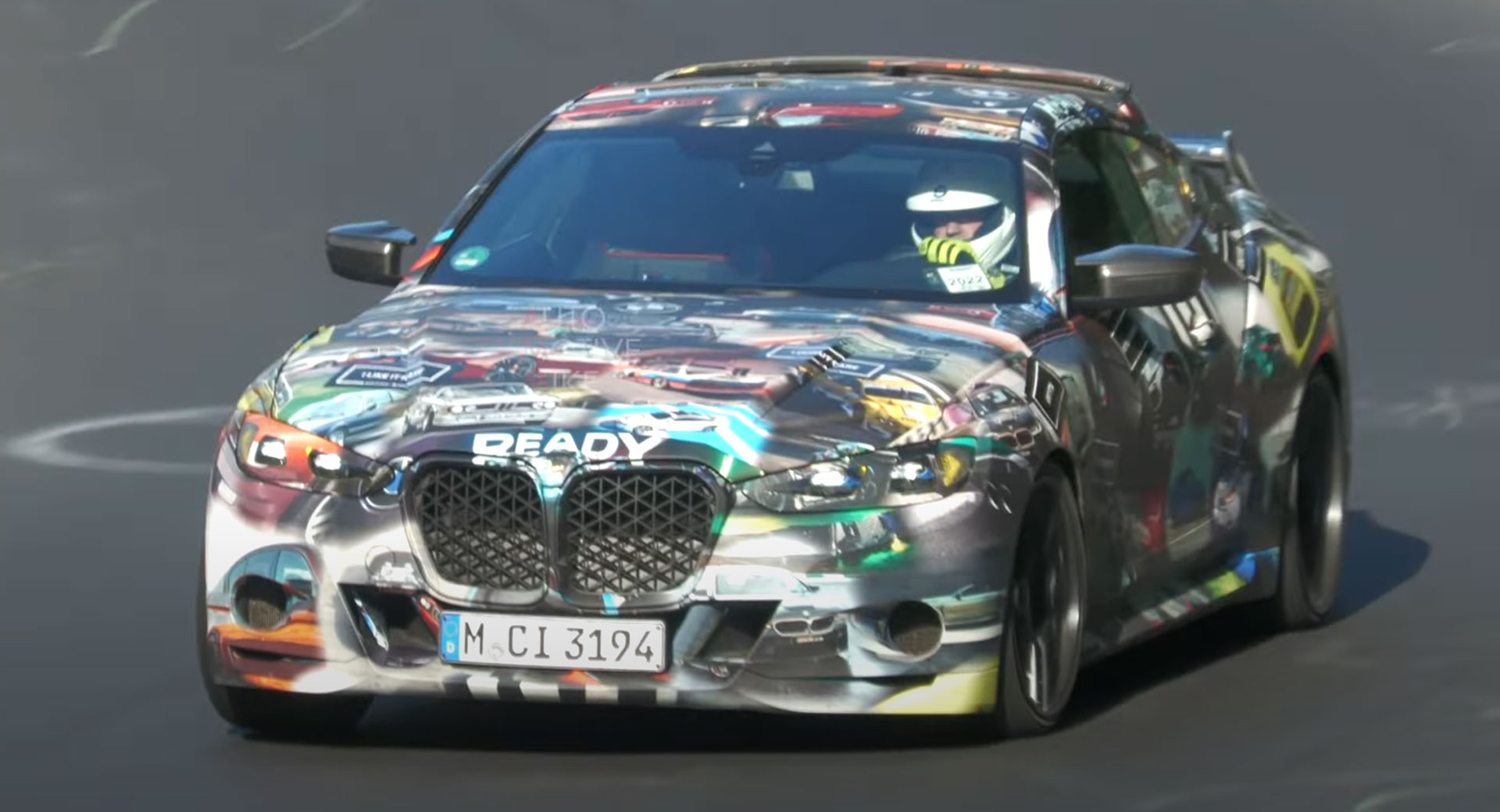 The 2023 BMW 3.0 CSL will be unveiled next month but before that happens, it has been spied doing some hot laps at the Nurburgring.

The German automaker is readying the car as part of BMW M’s ongoing 50th-anniversary celebrations. It has been teased on a handful of occasions in recent months and will be based on the standard M4. It will, however, come outfitted with a plethora of significant upgrades and is tipped to be capped at just 50 units worldwide.

This particular prototype was filmed by YouTuber Automotive Mike during a recent Industry Pool session at Green Hell. The engineer behind the wheel was not afraid to push the car to its limits and on a couple of occasions, the car’s rear end briefly loses traction as it struggles to put all of its power to the ground.

Given that the 3.0 CSL will offer improved performance over the standard M4 Competition, it seems inevitable that it will be slightly quicker around a racetrack. BMW will likely make some alterations to the car’s exhaust system but in this clip, the 3.0-liter twin-turbocharged six-cylinder still sounds quite muted.

Beyond fitting the car with a host of bespoke body panels, it is understood that alterations will be made to the engine, lifting power to around the 560 hp mark. Reports suggest that BMW will sell the 3.0 CSL exclusively in rear-wheel drive configuration. A six-speed manual transmission is also thought to be the only option that will be available to customers.

Perhaps the most surprising thing about the 3.0 CSL will be its price if recent speculation is to be believed. Sources suggest that the car could cost an eye-watering €750,000 ($730,000), meaning it may set back shoppers 10 times more than a standard M4.