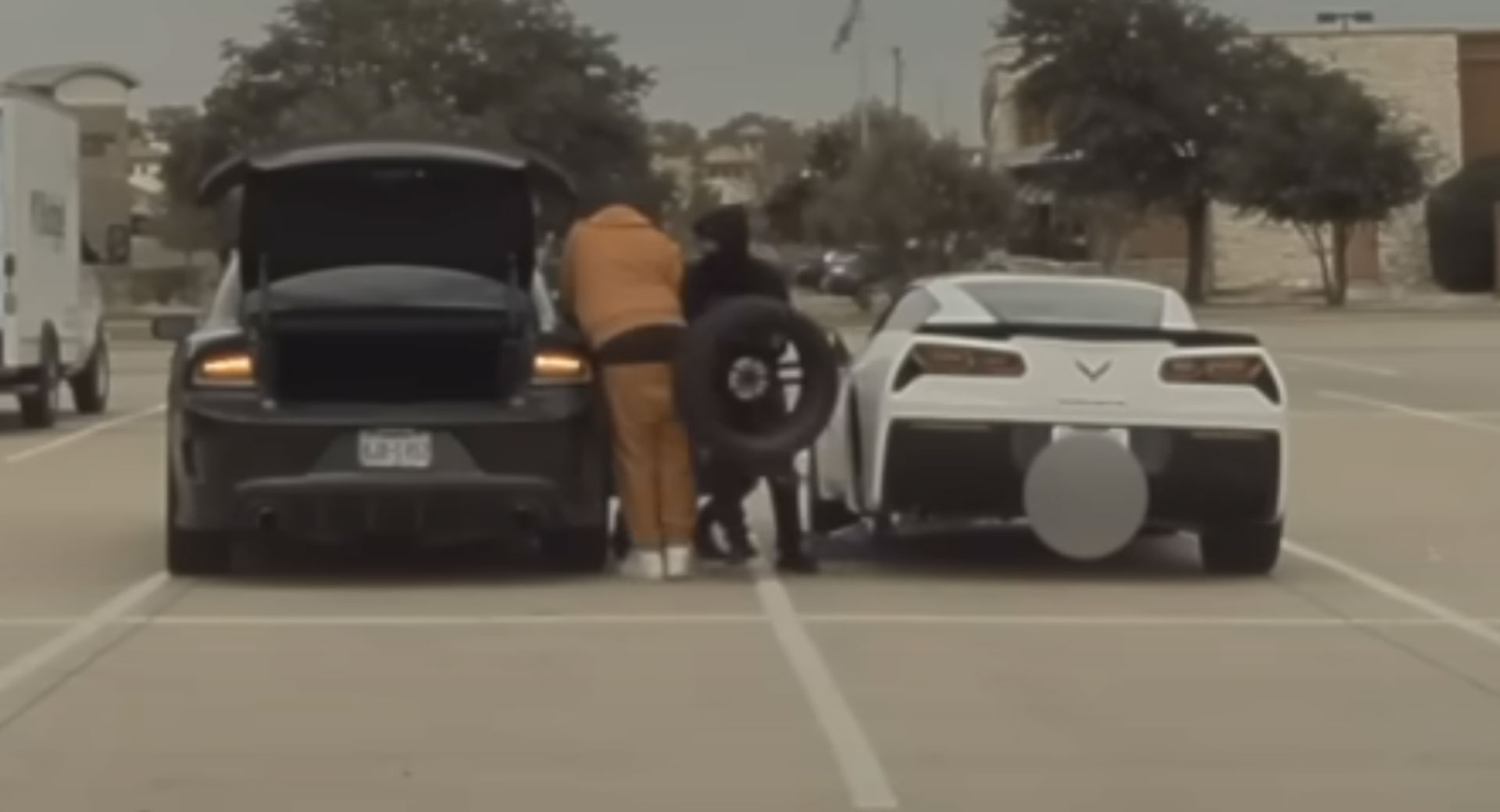 The front-facing camera of a Tesla has captured the moment that 3 thieves stole a wheel from a C7 Chevrolet Corvette Stingray in just 60 seconds.

The incident occurred in Southlake, Texas on the afternoon of November 3. In the video, three men pull up alongside the Corvette in a parking lot. They casually stroll out of the car and one of them retrieves a jack from the trunk of the Dodge Charger.

Next, one of the individuals begins to jack up the driver’s side rear of the car while simultaneously, a gentleman wearing an orange tracksuit uses an impact wrench to quickly remove all of the lug nuts. The process from when one man started to jack up the car to when the wheel itself was removed took a touch over 10 seconds.

Watch: Unskilled Chevrolet Driver Fails At Donuts And Gives Himself A Crabwalking Corvette

Moments before the wheel was removed, however, the Corvette’s alarm was triggered, sending the three men into a frenzy. One of them throws the wheel into the trunk while the man in the orange drops the jack and places a block where the Chevy’s wheel once sat. They can then be seen rushing into the Charger and quickly driving off.

Southlake Police report that the wheel and tire of the Corvette are valued at around $700. Ordinarily, the thieves may have made off with the wheel without anyone seeing but unfortunately for them, the camera footage clearly shows the license plate of the Dodge. Police have confirmed they are chasing up the lead and hunting for the trio.