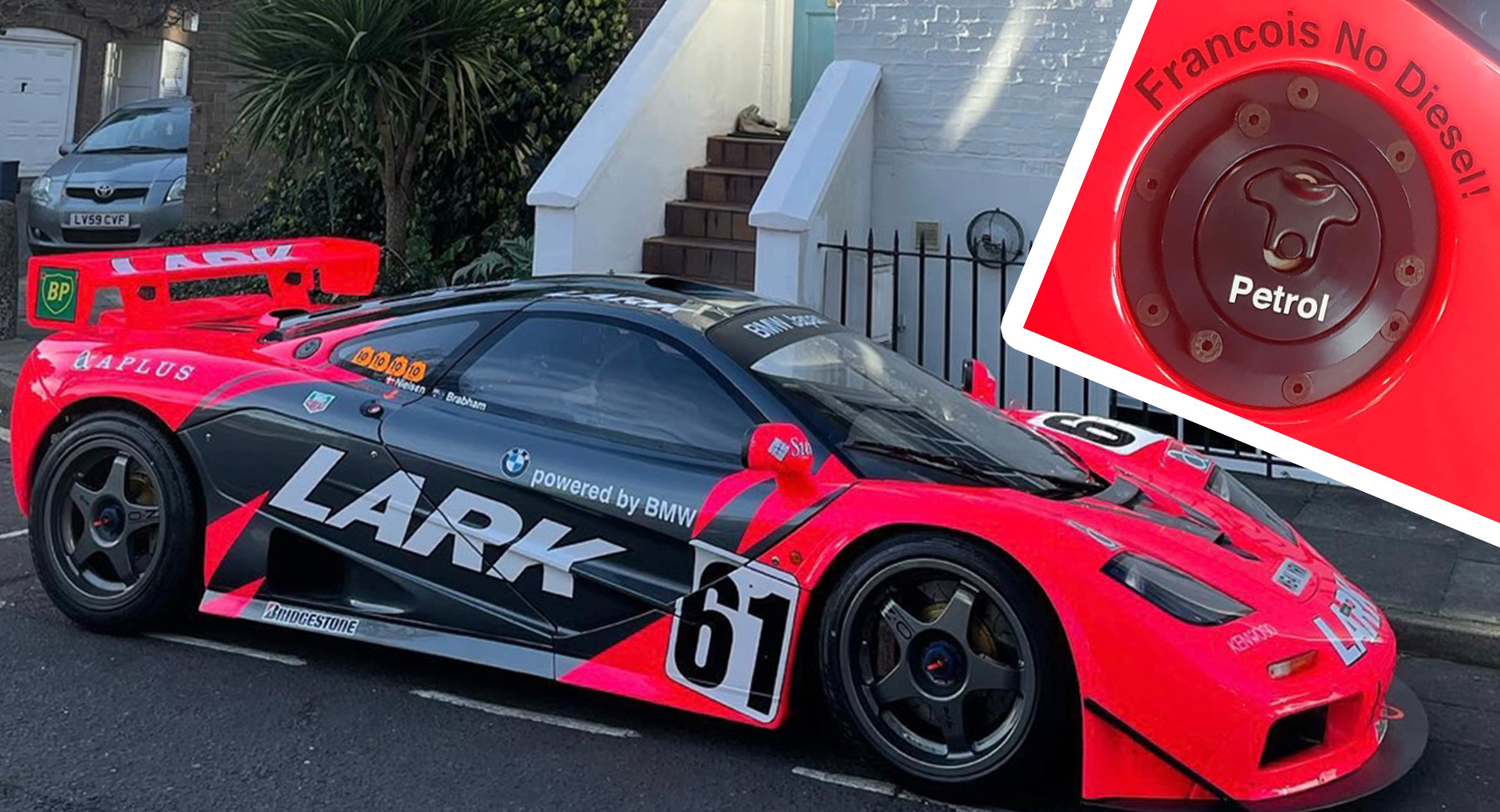 Misfuelling is the stuff of nightmares, and in Europe, where service stations widely sell diesel and petrol side by side, and the color of the pump handle isn’t always an indicator of what shoots out of the nozzle, it’s all too common.

Data from 2016 revealed that 150,000 Brits managed to misfuel that year, though we’re 99.9 percent certain none of them were driving a McLaren F1 GTR at the time. But hyper-rich entrepreneur, car collector, and racing driver Francois Perrodo was when he managed to treat his BMW V12-powered icon to a shot of diesel.

Recounting the story on his @fanchracing Instagram account, Perrodo explained that he was setting out on a drive with some buddies whose Porsche Carrera GT and Ferrari 488 Pista rides completed a pretty epic three-car convoy.

Perrodo was feeling upbeat as he pulled into a service station in London to gas up, but he ended up dieseling-up instead, having grabbed the first nozzle available, whose blue handle looked like the blue on high-octane BP Ultimate gasoline pumps.

The talented part-time racer, who won his class at the Le Mans 24 Hours in 2021, notes that it’s difficult to put fit the fatter European diesel nozzle into the narrow gasoline filler neck on modern European-market cars. But since the Lark-liveried F1 is older, and a GTR version built for competition use it has a wide filler neck for fast fills.

When the car refused to start, despite cranking freely, Perrodo put it down to an old race car being temperamental. But eventually, the cause of the problem was identified as a helping of diesel, the irony being that he is the boss of Perenco, a hugely powerful oil and gas company set up by his late father in 1975.

A picture on Instagram shows a technician draining the diesel from the F1’s tank, after which the entire fuel system and oil supply would presumably have to be flushed. Perrodo freely admits he made a dumb mistake, but there’s no mention of any lasting damage from the incident. And there’s plenty of sympathy in the comments, including from other drivers who’ve managed to misfuel rare, exotic cars, including one who was driving a Ferrari F40 at the time.