The McLaren F1 is one of the most influential vehicles of all time, and its accompanying track special called the F1 LM dialed the wow factor up to 11. Created in 1995 to celebrate McLaren’s Le Mans victory that same year, just six of these cars were ever built, with only five ever being sold to the public.

Read More: You Can Build Your Own McLaren F1 GTR Starting With $3K Wheels And $28K Bumper 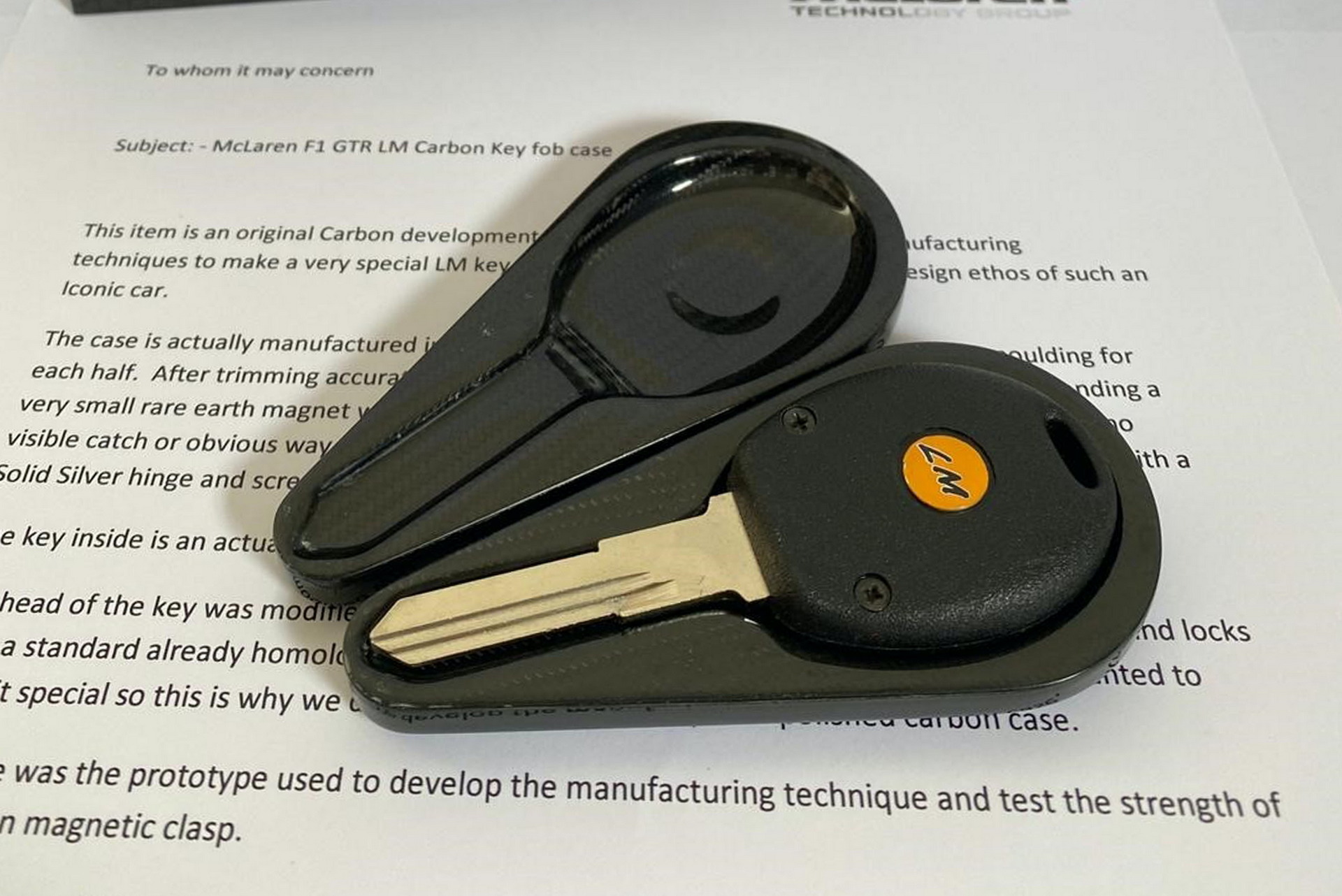 All things considered, the key itself is nothing extravagant, just a regular metal blade with a plastic housing at the end. Really the only thing that tips you off at its specialness is the Papaya Orange circle with the “LM” script in it. Honestly, the real star of the show is the specially made carbon fiber case the key comes in, which was fabricated in four separate parts, fitted with a rare earth magnet in between each of the two layers for each half of the case, bonded together for a seamless look, then finished with a solid silver hinge and screws. The hinge and screws were not installed on this particular key case, but they are included in the sale along with the certificate of authenticity. 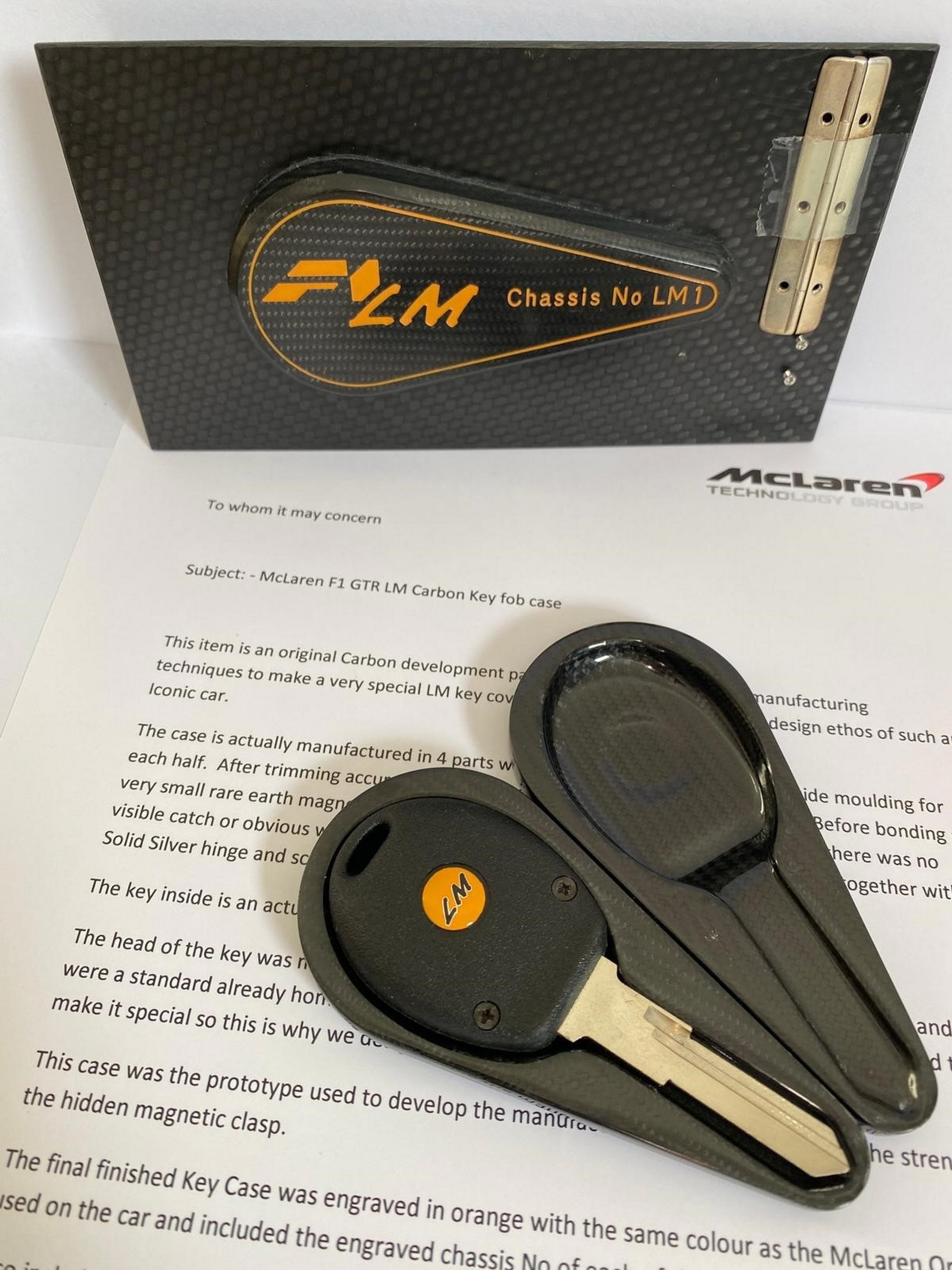 However, before you start thinking whether you can go around trying to unlock one of the six F1 LMs scattered across the globe, it’s worth noting that this is the prototype key off which the others were based, which means it’s blank. That being said, it’s still an authentic item and one of only seven in the world. And while it doesn’t unlock any of the six F1 LMs, you could argue it’s even rarer than the real keys since it’s the only prototype McLaren ever made.