This is an independent design study by Dejan Hristov for a modern reincarnation of the Citroën 2CV that is neither related to nor endorsed by Citroën.

Despite having a glorious history, Citroën seems to be negative about following the retro-inspired trend that is popularized among EVs including the likes of the VW ID. Buzz, the Fiat 500, and the Honda e. However, that didn’t stop independent designer Dejan Hristov from proposing a reincarnation of the iconic Citroën 2CV that could return as an electric crossover with minimalist design.

Hristov admits that the 2CV has inspired many young designers, but says that most of them were afraid to stay true to the original. The same applies to Citroën’s own design studio which used elements from the 2CV in the first-generation C3, the C3 Pluriel, the 2009 REVOLTe Concept, and the more recent Ami heavy quadricycle, but never did a proper revival.

Instead of trying to reinvent the wheel, the designer retained the iconic silhouette of the original 2CV (1948-1990), including the rounded shape of the roofline, the pronounced fenders and the characteristic bonnet. 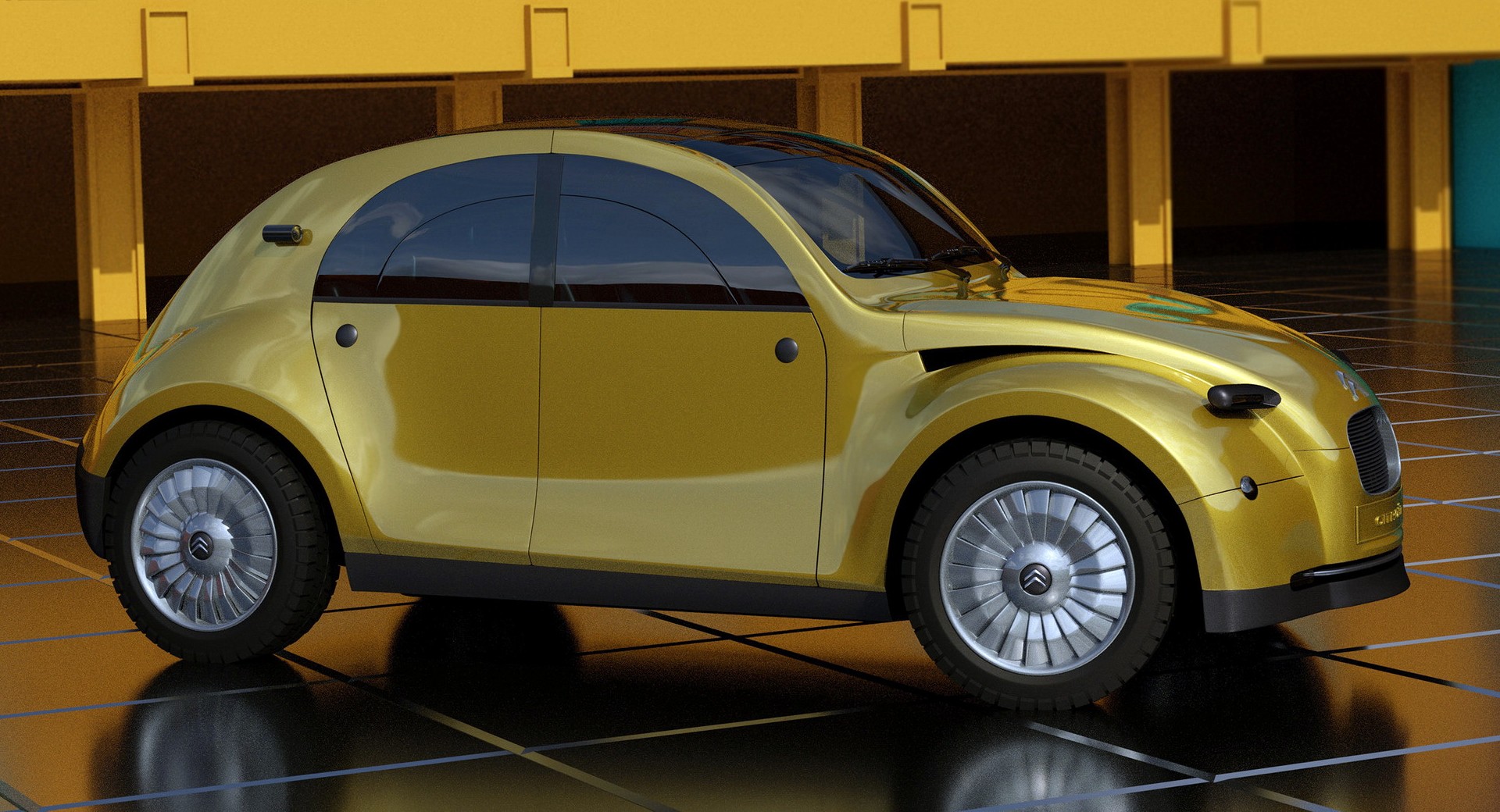 The dark-tinted LED headlights, the minimalist grille, the beautiful surfacing on the sculpted bodywork, the mirror-replacing cameras, and the full-width taillights bring the 2CV to the modern times with an interesting twist. Rather than going for a conventional supermini hatchback, the designer went for a raised crossover look.

This was achieved by the large-diameter turbine-style alloy wheels shod in a set of grippy tires and the increased ground clearance. The plastic cladding is limited to the lower part of the bumpers and side sills, keeping the look classy. Staying true to the essence of the original, a large portion of the roof retracts for an open-air driving experience.

What is really different from the 2CV era is the equipment, since modern buyers couldn’t live with manually operated wipers and the lack of air-conditioning. Thus, the 2CV EV’s five-seater cabin would feature all the required amenities, including an infotainment touchscreen, climate control, electric windows, and a proper audio system. 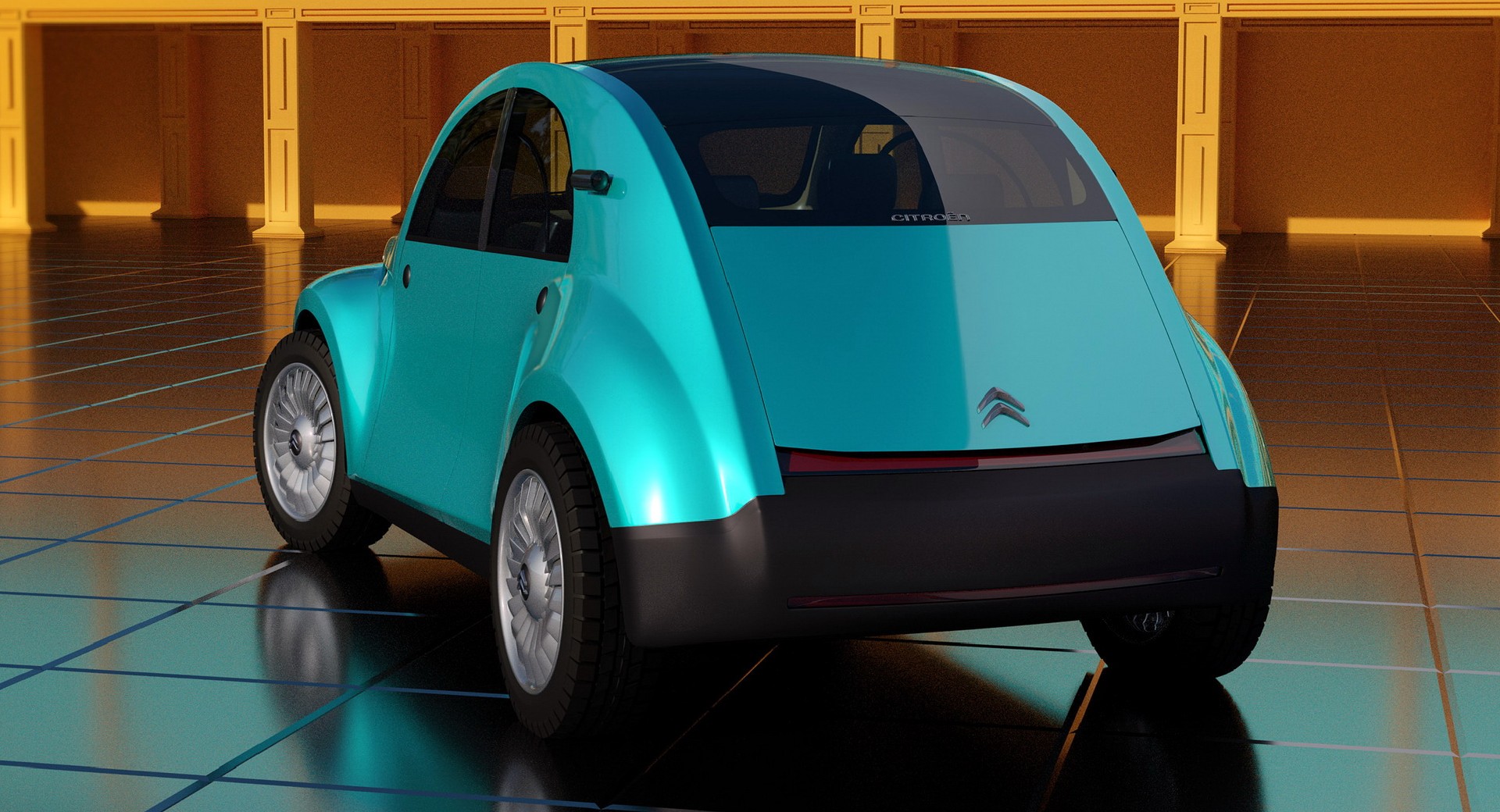 In terms of dimensions, the 2CV EV has grown by 381 mm (15 inches) compared to the original, resulting in a length of 4,241 mm (167 inches). This would place it among modern B-SUVs like the Peugeot 2008 which measures 4,300 mm (169.3 inches). While the design study is hypothetical and will not escape the digital world, a 2CV EV could be based on Stellantis’ STLA Small platform judging from its footprint.

As we mentioned earlier, this is not the first time we see an independent design study based on classic Citroën models like the spartan 2CV and the stunning DS. However, we have to admit that the 2CV EV would make a splash in the urban crossover world, proving that the timeless design of the original looks great when combined with modern styling cues.