There are just 10 examples of the McLaren F1 GTR Longtail in existence and while each of those is likely worth upwards of $20 million, the owner of one of them recently sent the car to Lanzante where it was modified and made road legal.

This F1 GTR is chassis no. 19R and is lovingly known as ‘Squiggles’ due to the eye-catching pink and yellow accents that once adorned the black paint. While these colorful shapes have since been removed, the car still has more road presence than pretty much anything else on four wheels and seeing it cruise through the streets of London really is a sight to behold. 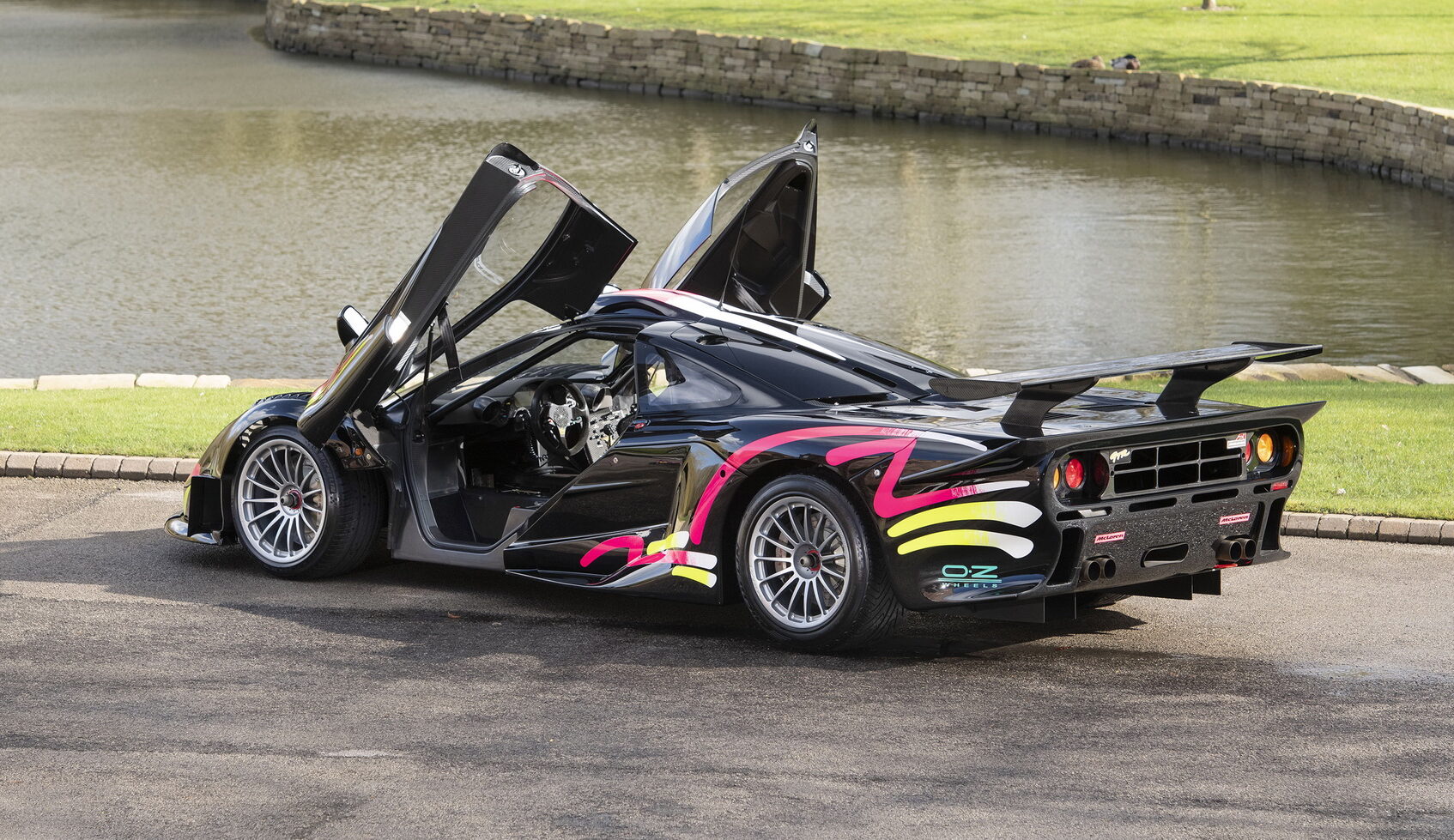 As you would imagine, the F1 GTR Longtail is far from the most practical road car. After all, it was originally designed as a race car and still uses its racing powertrain so the gearbox is very loud and not overly refined at slow speeds.

The McLaren F1 GTR was originally built to compete in the likes of the BPR Global GT Series, FIA GT Championship, JGTC, and British GT Championship. It proved to be an instant success and famously claimed victory at the 1995 24 Hours of Le Mans but by 1997, was coming under fierce competition from the Porsche 911 GT1 and Mercedes-Benz’s forthcoming CLK GTR was shaping up to be a real threat.

This prompted McLaren to modify the car, eventually producing the Longtail. The bodywork of the car was dramatically overhauled to include both a longer nose and a longer tail, all in the name of improving aerodynamics and making the car faster. The British carmaker also reduced the size of the F1 GTR’s V12 engine to 6.0-liters but it was still good for 600 hp and was coupled to a new X-trac six-speed sequential transmission.