If you like your SUVs fast and electric, then there’s good news: with the unveiling of the new EQE SUV come two Mercedes-AMG versions of the EV. Available in 43 and 53 flavors, the EQE SUV is the first all-electric SUV to have the AMG treatment bestowed upon it.

However, the EQE 53 4Matic+ SUV truly ups the ante with AMG-specific motors that feature adapted windings, different laminations, higher currents, and adapted inverters, not to mention AMG-specific cooling elements and a transmission oil heat exchanger that are needed to cater to the increased output. The result is 460 kW (626 hp) sent to all four wheels, 950 Nm of torque, and a top speed of 220 km/h (128 mph). 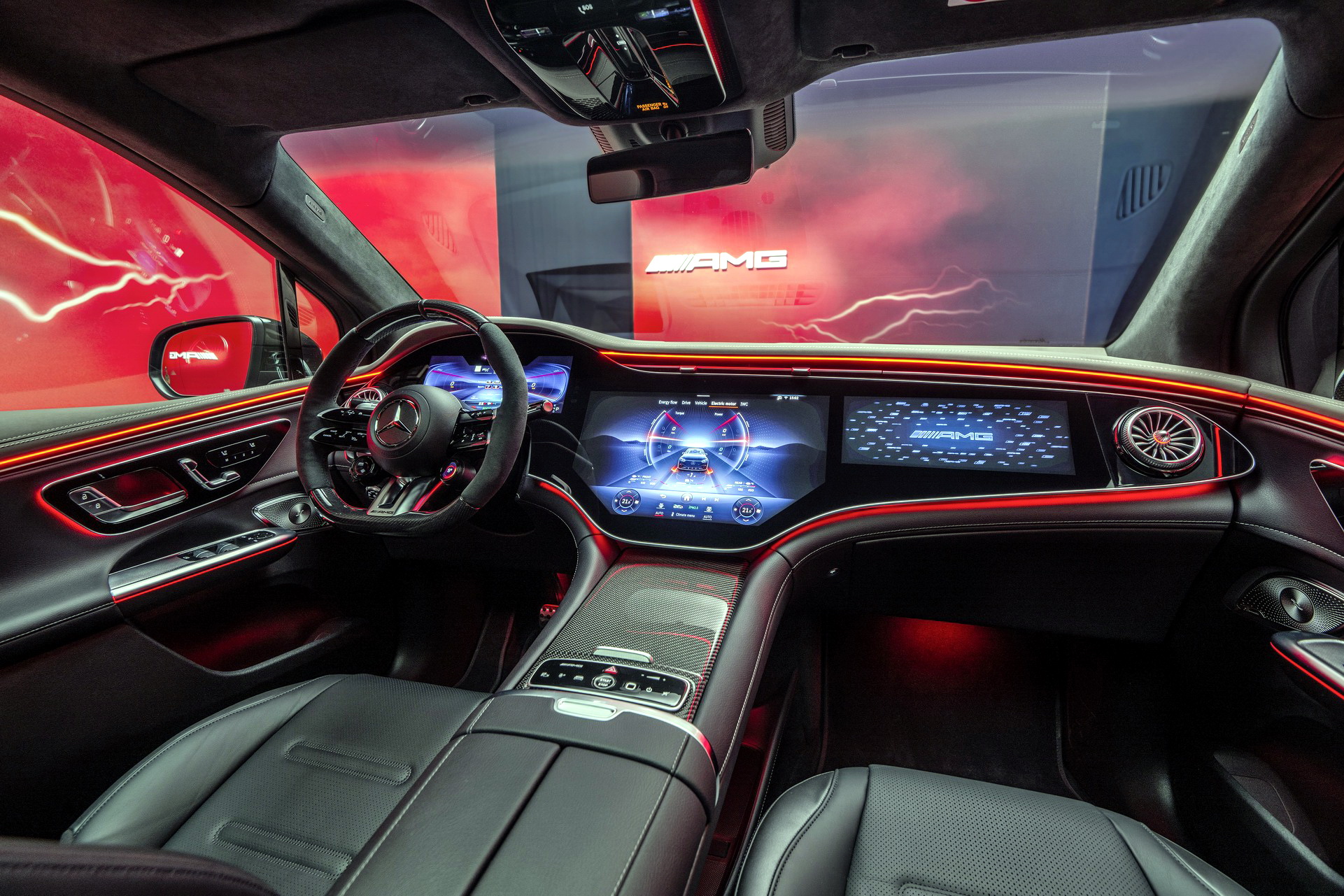 The AMG version of the EQE SUV swaps out the glossy front panel for a faux grille with verticle chrome slats. The AMG models lose the Mercedes star that usually appears on the bonnet and adopt a new AMG emblem instead. There are more lashings of chrome to be found, and body-color painted trim, while the lower extremities get treated to gloss black.

Inside, artificial leather interspersed with microfiber is standard, but Nappa leather is optional. There’s the rather fussy-looking AMG Performance steering wheel with a flat bottom, paddles, and many, many buttons, switches, and displays. Carbon trim is optional, as too, is the Hyperscreen.

For those who think a 2.6-tonne electric SUV would make the perfect circuit car, the AMG Track Pace option allows the MBUX interface to keep a record of lap and sector times, showing you the difference between deltas, displaying them in either green or red depending on if you’re faster or slower. 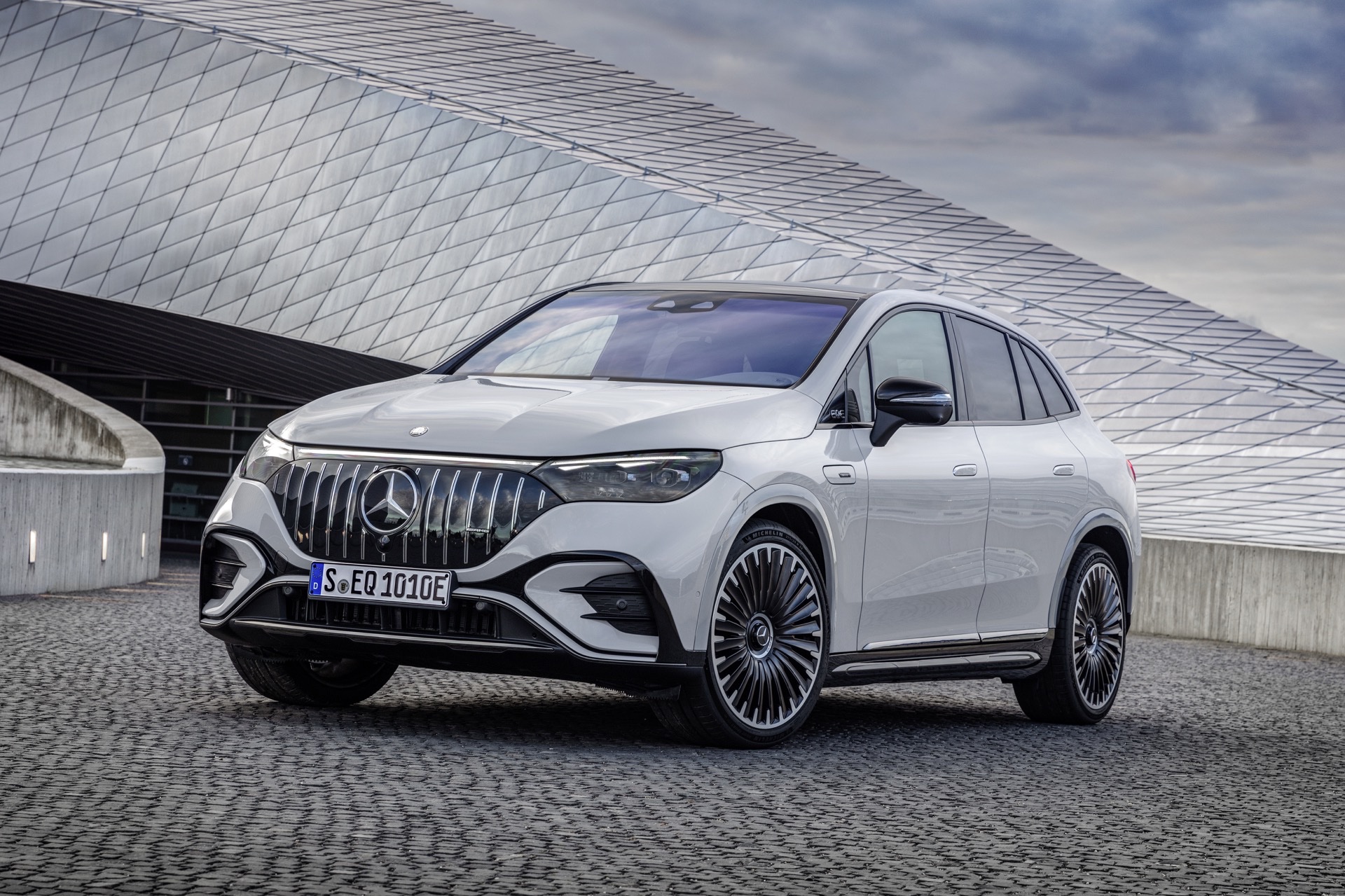 Of course, it wouldn’t be an AMG if it was just the power output that was increased. Both the 43 and 53 versions of the EQE SUV feature all-wheel drive and rear-wheel steering as standard. The models ride on AMG Ride Control+ air suspension with an Adaptive Damping System, as found on both the EQS AMG and the AMG GT Four-Door Coupe. 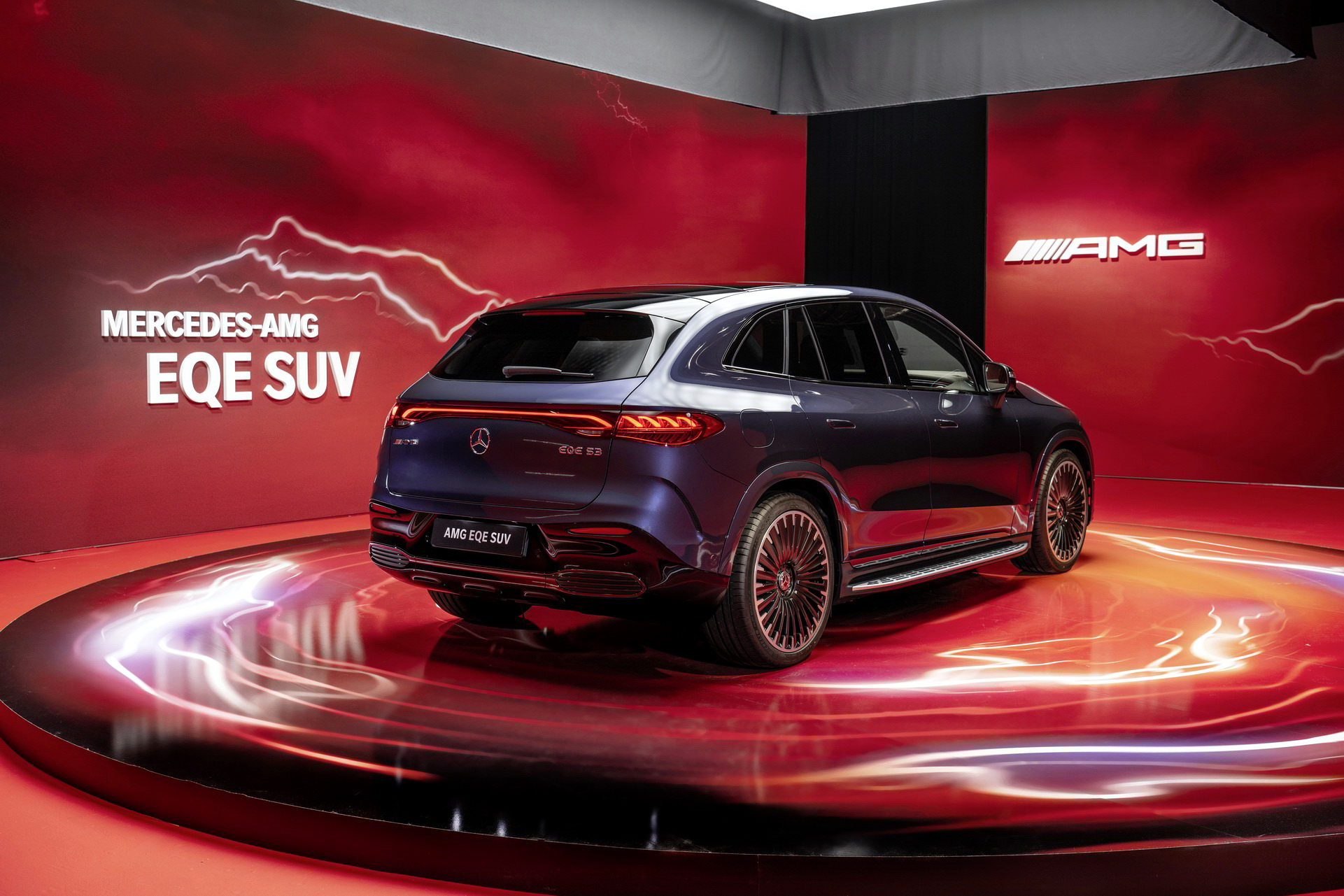 AMG Active Ride Control (not to be confused with the aforementioned AMG Ride Control+) is unique to the EQE 53 SUV. It uses an electromechanical actuator to couple and de-couple the roll bars. On rough roads, the stabilizer bars are separated, allowing for greater wheel articulation. During spirited drives, the system twists the two halves of the anti-roll bars together to reduce body roll.

Perhaps less appealing is the inclusion of an “AMG Sound Experience,” which pipes artificial vroom vroom noises to the outside world. The “authentic” AMG sounds can be switched from the cabin with “Balanced,” “Sport,” and “Powerful” options. The sound experiences extend to changing things such as the noises made when locking and unlocking the vehicle, as well as the indicator clicks. Thankfully, if you’d prefer not to subject pedestrians, or yourself, to such sounds of fakery, they can be turned off for both the interior and exterior separately. 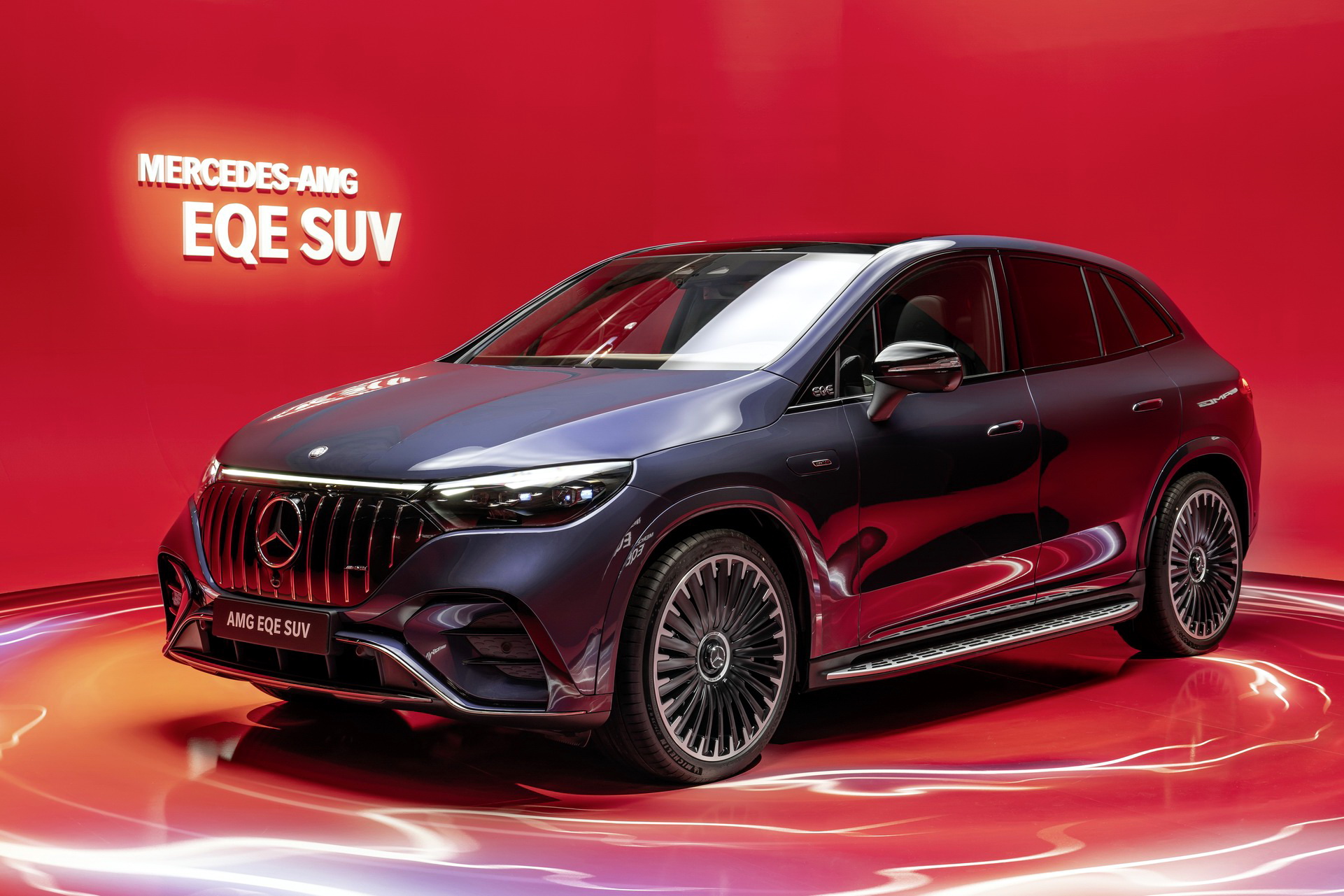