Some cars start out expensive and are so desirable that there are no shortage of buyers, and 10, 15, 20 years later nothing has changed. Think Ferrari Enzo, Porsche 918 Spyder and McLaren P1. Others start out as hot property, but can be picked up for peanuts today because nobody wants them, or at least not enough to risk the repair bills. Step forward the Jaguar XK coupe and R230 Mercedes SL.

And then there are the vehicles carmakers struggled to sell when they were new either because they were outrageously expensive, because the global economy was in the toilet, or because the manufacturer overpromised and underdelivered on the spec, but which buyers are falling over themselves to buy today. 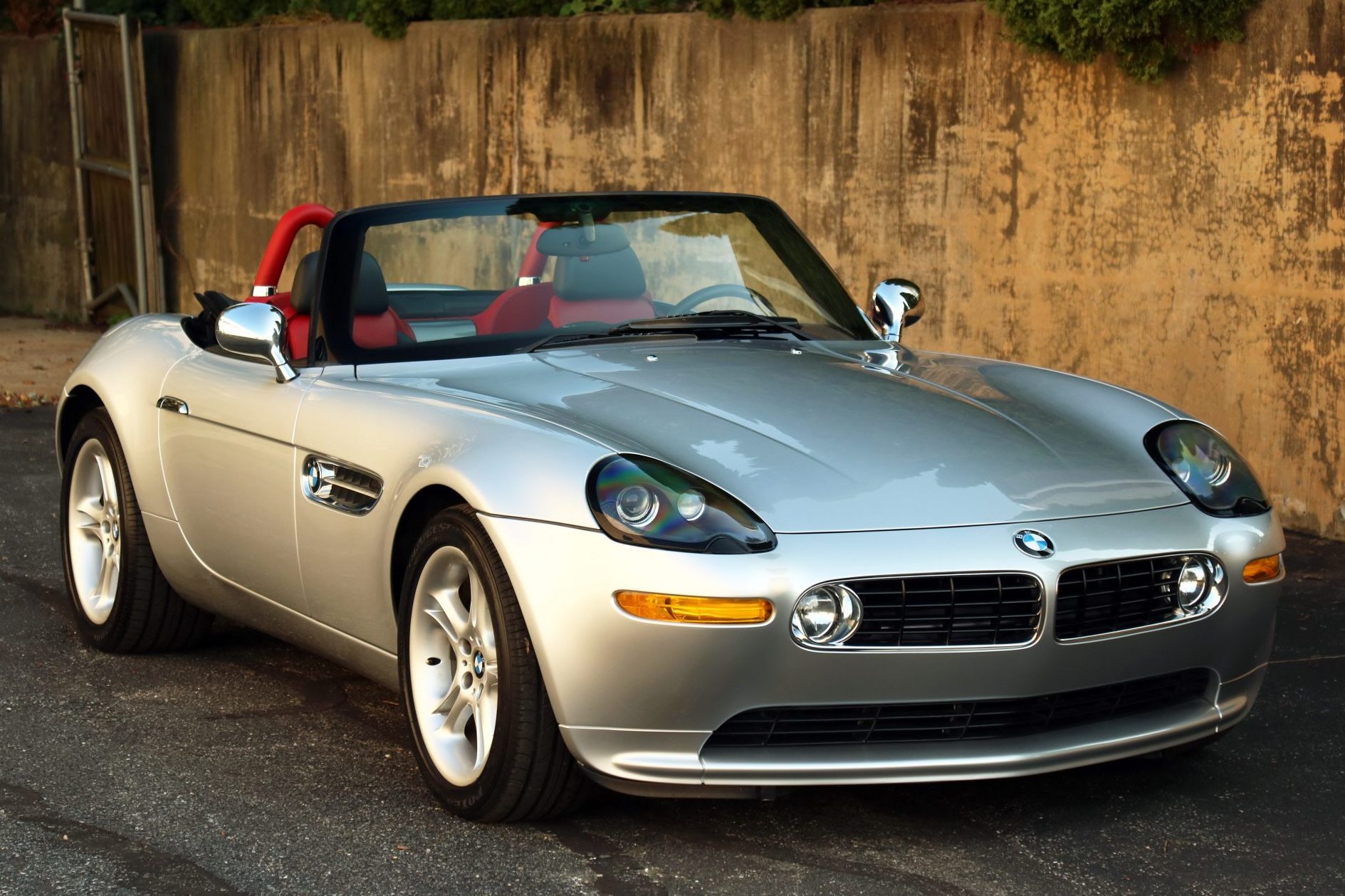 Despite having a supporting role in a Pierce Brosnan James Bond movie (or come to think of it, perhaps because of it), the Z8 never lived up to BMW’s sales expectations. It looked fabulous, a retro reworking of BMW’s classic 1950s 507 roadster, and performance wasn’t in short supply thanks to the 395 hp (400 PS) M5 V8 under the hood. 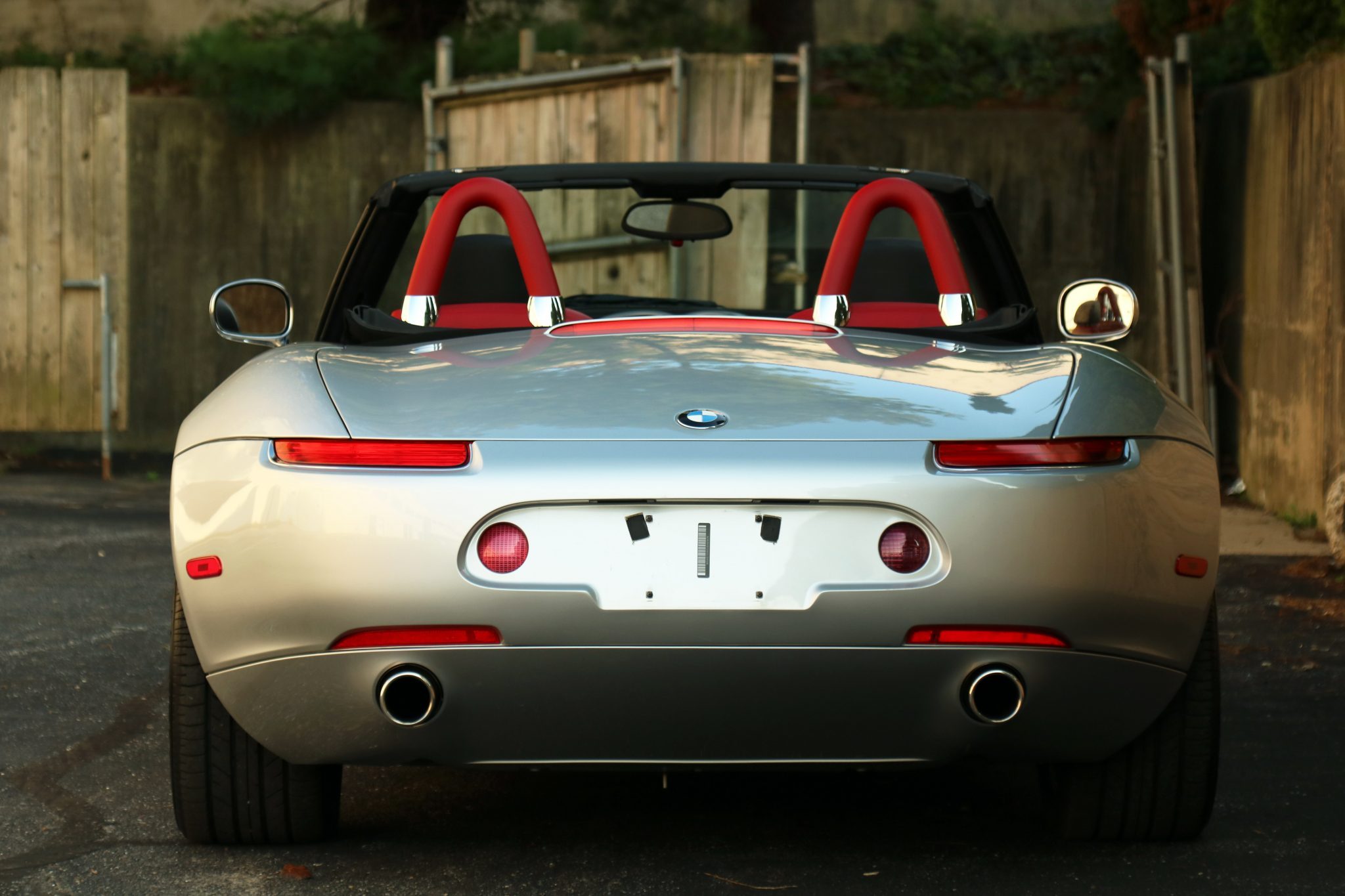 Related: So You Wish BMW Would Go Back To Its Old Grilles, But Which Ones?

But the Z8 didn’t seem to know if it was supposed to be a sports car or a GT, and neither did prospective buyers. It drove like a sedan, and sounded surprisingly muted, yet it had a six-speed manual transmission unless you went for the better resolved Alpina version which got an auto-equipped 4.8-liter V8. 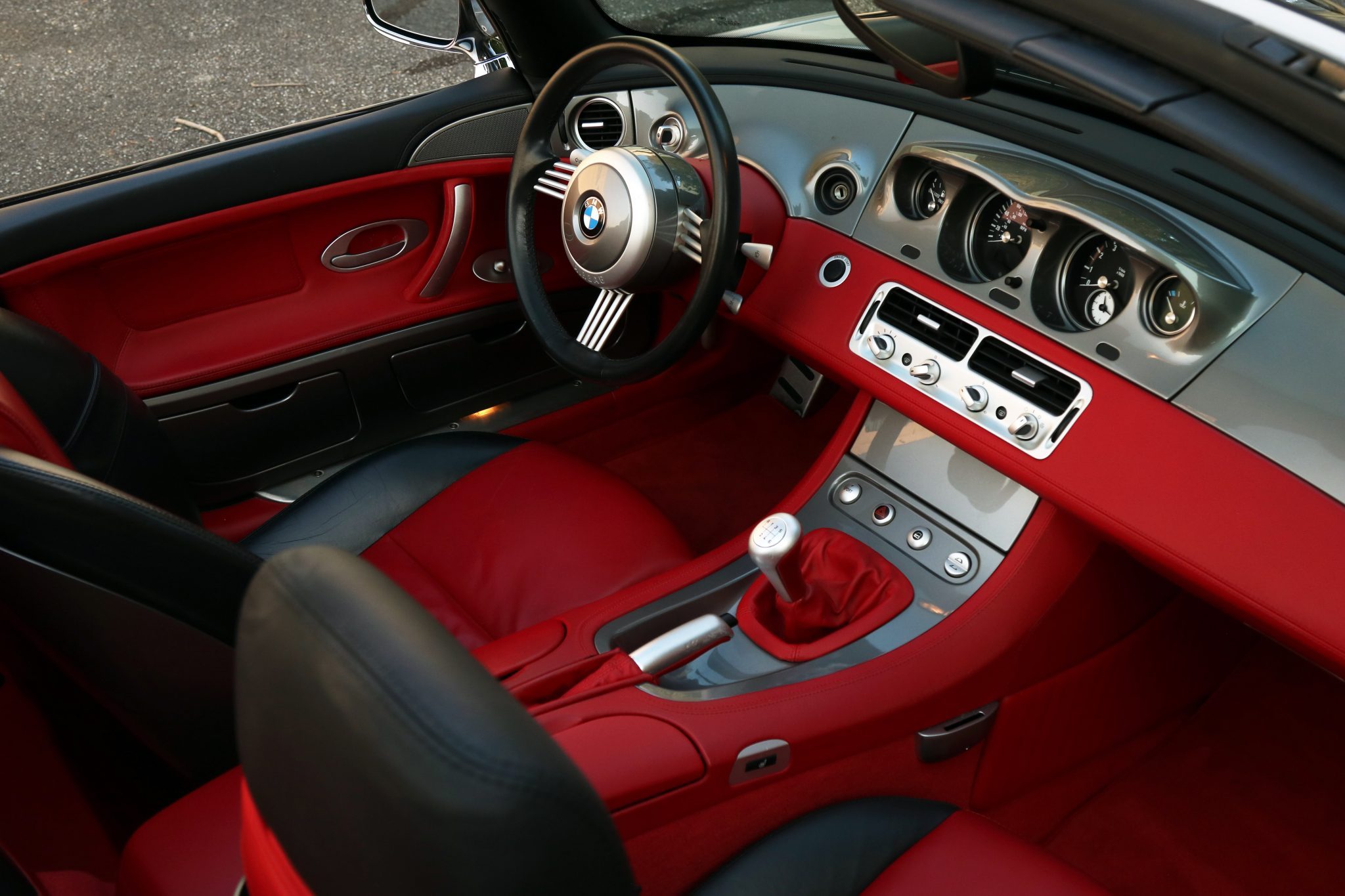 GM’s attempt at a European sports car didn’t exactly race out of showrooms when it was launched in June 1953. The first-year C1 Corvette’s six-cylinder engine made it far more powerful than your average MG, but there was no manual transmission option, no choice over color (they were all Polo white) and at $3,490, it was fairly expensive, costing the same as a Cadillac coupe. 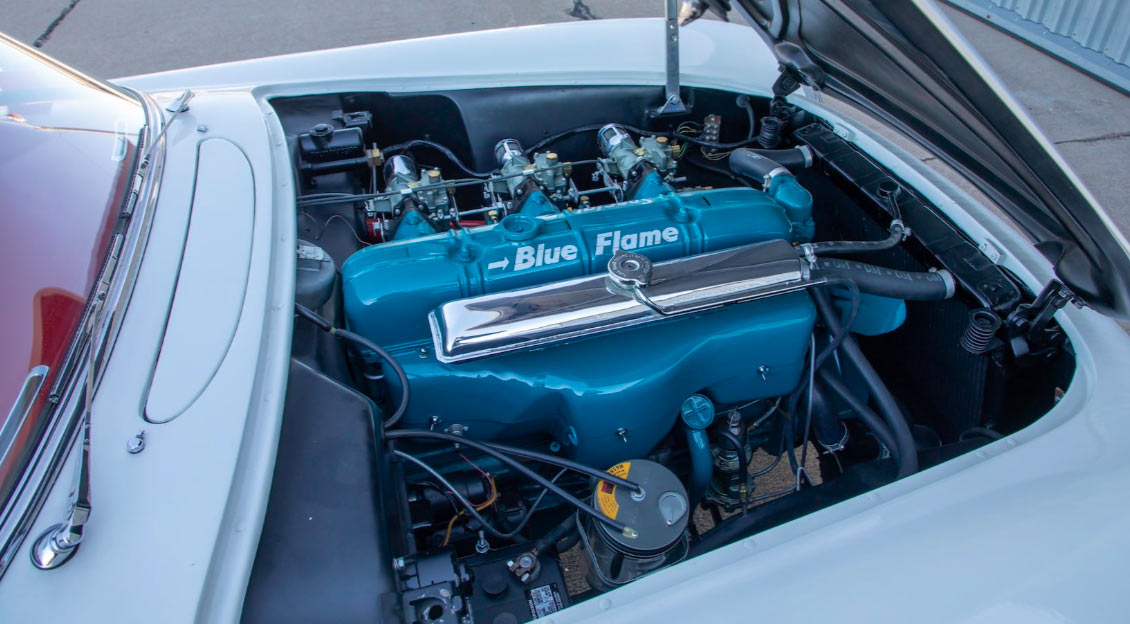 It wasn’t until 1956, by which time the Corvette had a sleeker body, small-block V8 power, a stick-shift option and wind-up windows, that the model came into its own, though it was still crucified by Ford’s new T-bird in the sales charts. Ford shifted 15,631 Thunderbirds in 1956, while Chevy only moved 3,467 Corvettes, although that number would nearly double for 1957. 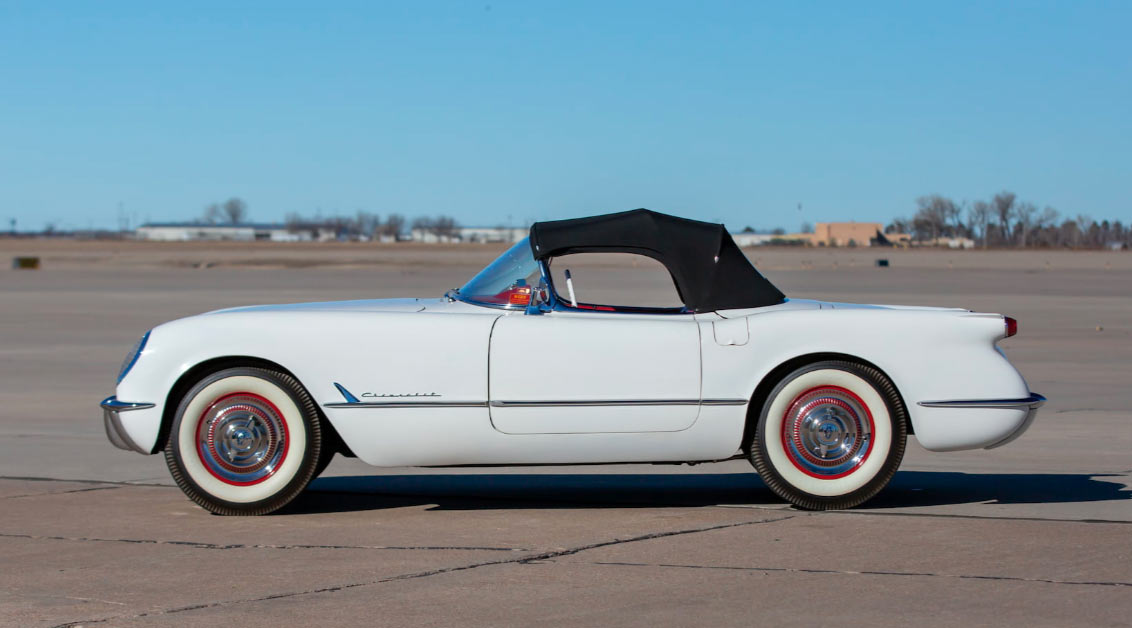 Those late Corvettes are much better buys, but the rarity and historical importance of the early models means demand is strong, and so are prices. A base ’56 with its standard V8 might cost you $51,000 according to Hagerty, but a V8-powered ’55 is double the money, and a rare ’53, despite its pedestrian six-cylinder performance, will set you back $166,000 and up. 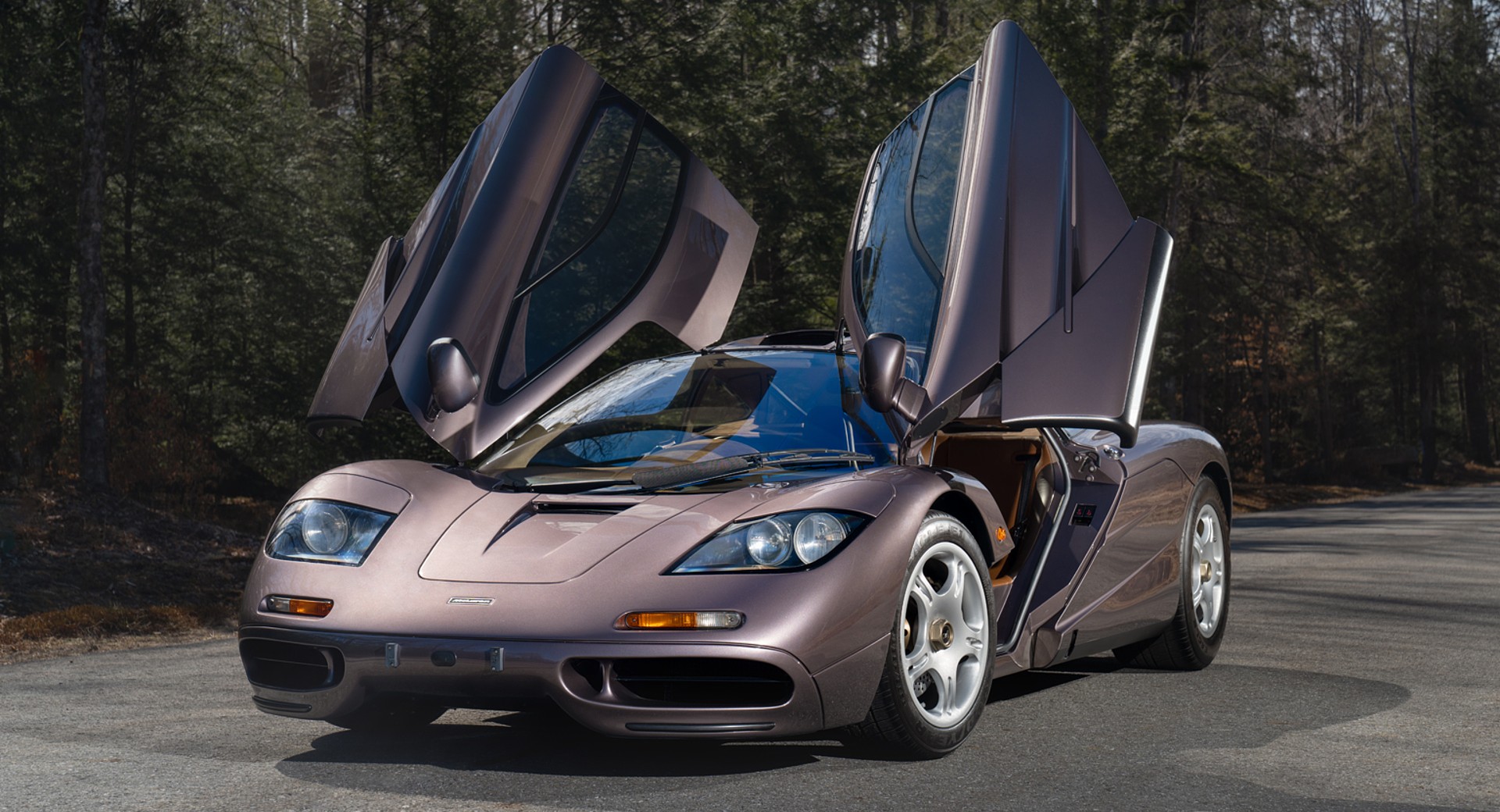 The McLaren F1 is the definitive modern classic. It represented such a step change in supercar performance at its 1992 launch that it took rivals years to catch up in every sense. But while its acceleration times were incredible (0-100 mph/160 km/h in 6.3 seconds), the F1’s timing was lousy. Launching a car that cost several times as much as a regular 200 mph (320 km/h) supercar in the middle of a global recession wasn’t that smartest idea, and when production ended in 1998 McLaren had built only 106 of the 300 cars it planned to make. 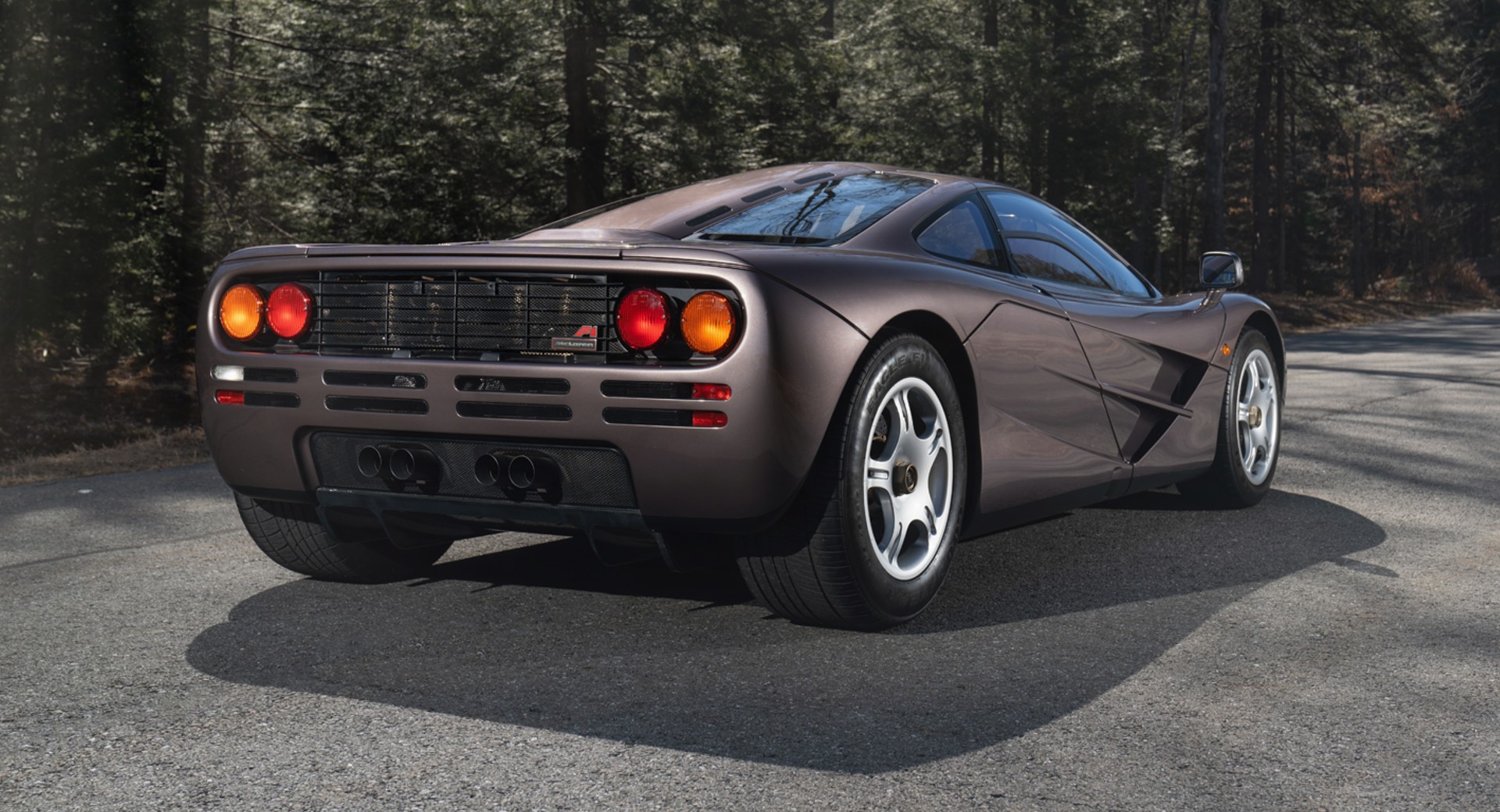 But that tiny production run, of which only 64 were road cars, is a key driver behind current values, because there are far more grotesquely rich wannabe F1 owners than there are F1 cars to own. Hagerty reckons a “good” condition 3 road car should be worth $17 million, although last year someone paid $20.5 million for an example with just 243 miles (392 km) on the clock. 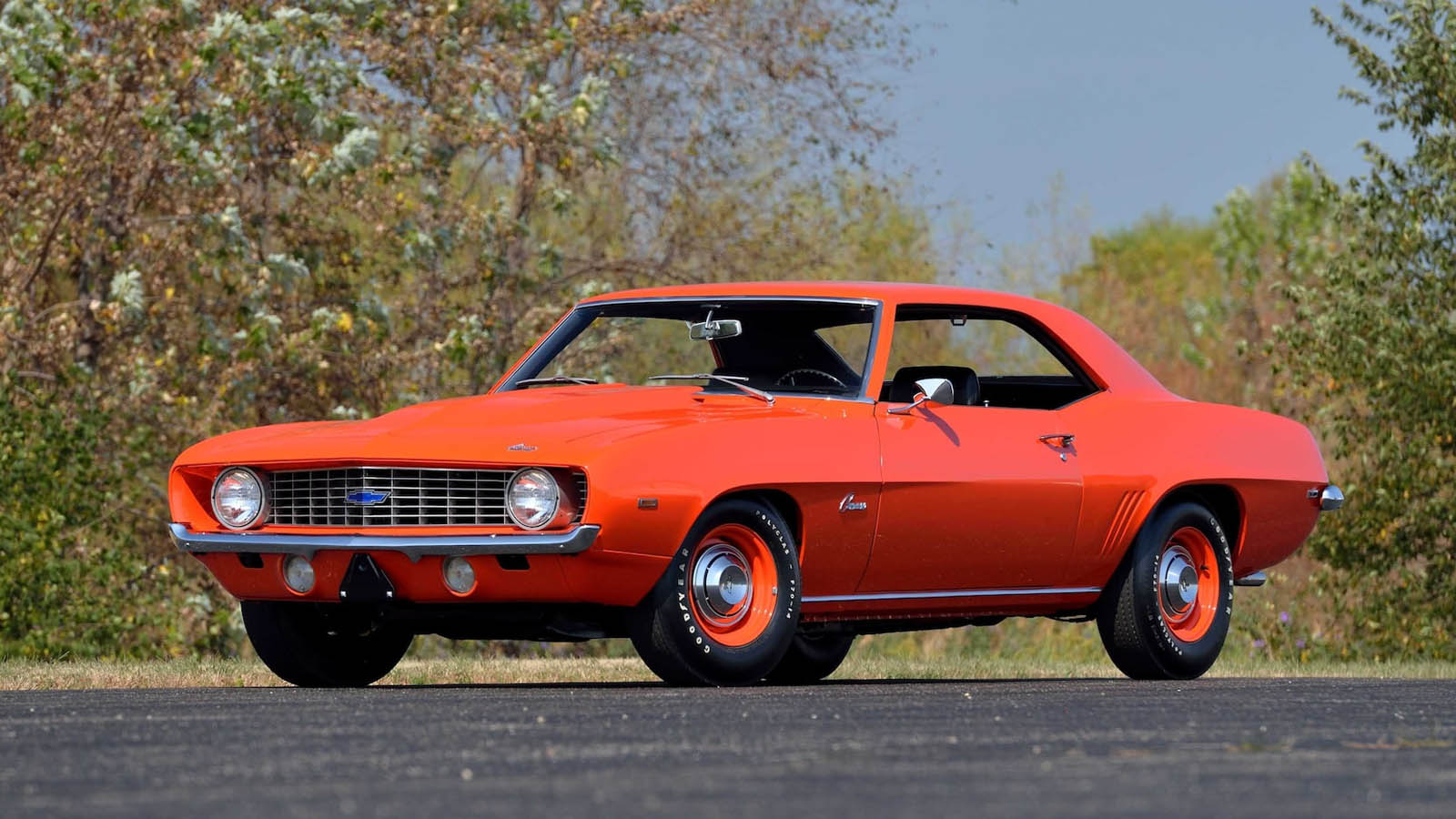 The 1969 Chevrolet Camaro ZL1 road car existed purely to homologate a racing car, much like the Plymouth Superbird. But while Plymouth was chasing NASCAR glory, Chevy’s eyes were on the National Hod Rod Association’s (NHRA) Super Stock drag class. Select the ZL1 option on your ’69 Camaro order form and you got Chevy’s first all-aluminum V8, a 427 cu-in (7.0-liter) monster that was cheekily underrated at 430 hp (436 PS), around one fifth below its true power, and weighed the same as a tiny 327 small-block with half the muscle. 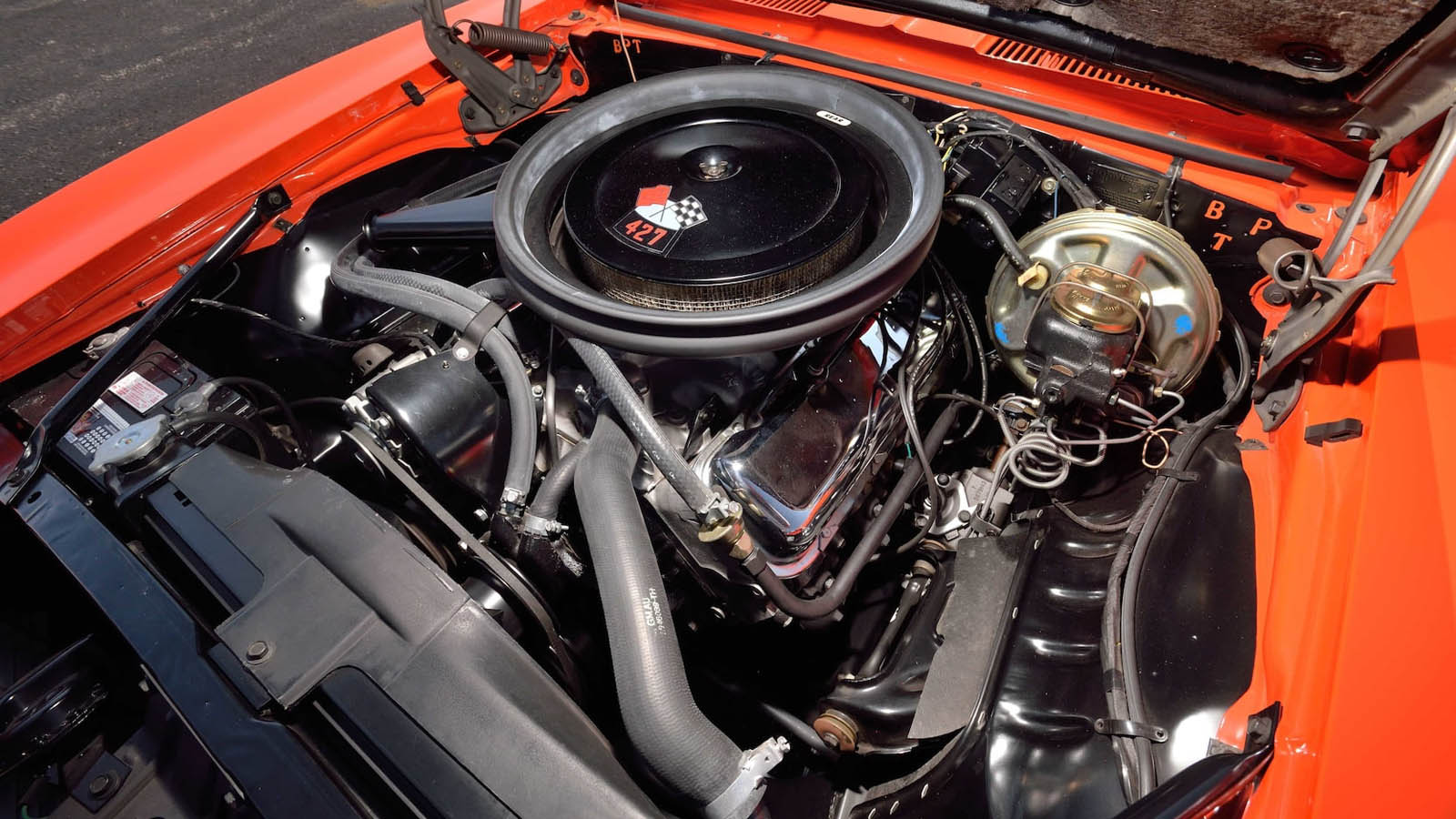 But almost no one did tick that option. First, it wasn’t well publicized, but even if you did know about it, you’d almost certainly be horrified to find the engine alone cost $4,160, which made it more expensive than the car. Most people wouldn’t see the sense it paying that money when an SS 396 was plenty fast and cost thousands less (around $3,000), and those determined to have a full seven liters of motor up front could get an L72 iron-block 427 engine for just $490 through the same back-door Central Office Production Order process that sneaked the ZL1 to production. 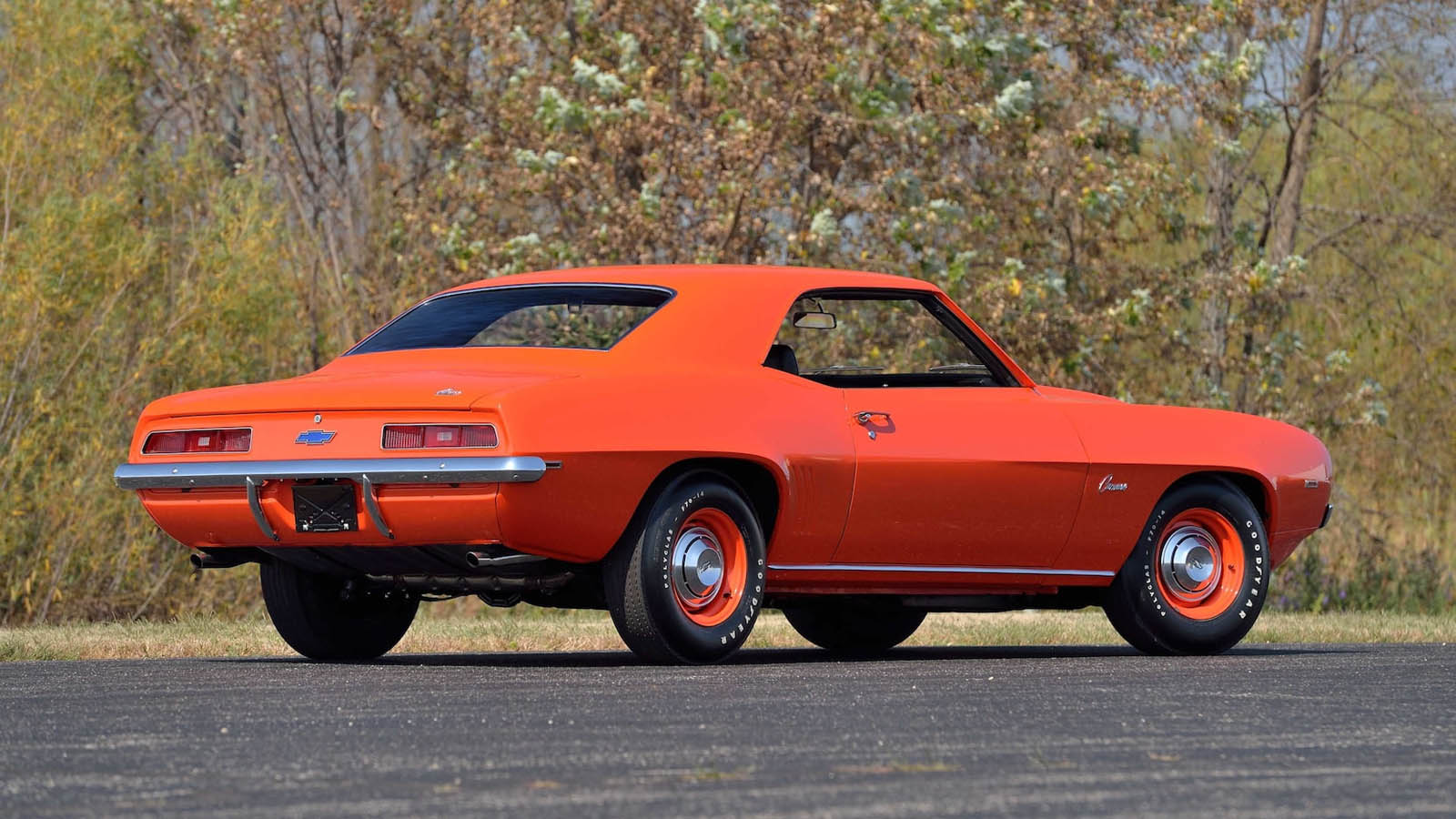 Though NHRA rules demanded 50 examples be built, Chevy actually made 69 ZL1 Camaros. But not because buyers were banging on the door for them. Fred Gibb Chevrolet took delivery of 50 cars to help get the program running, but at least 30 of those went unsold and were returned to Chevy for redistribution through other dealers. Fast forward 53 years though, and current ZL1 prices make it seem like a bargain when new. You’re looking at $600,000 for a decent car (10 times what an SS 396 is worth) and over $1 million for a show winner. 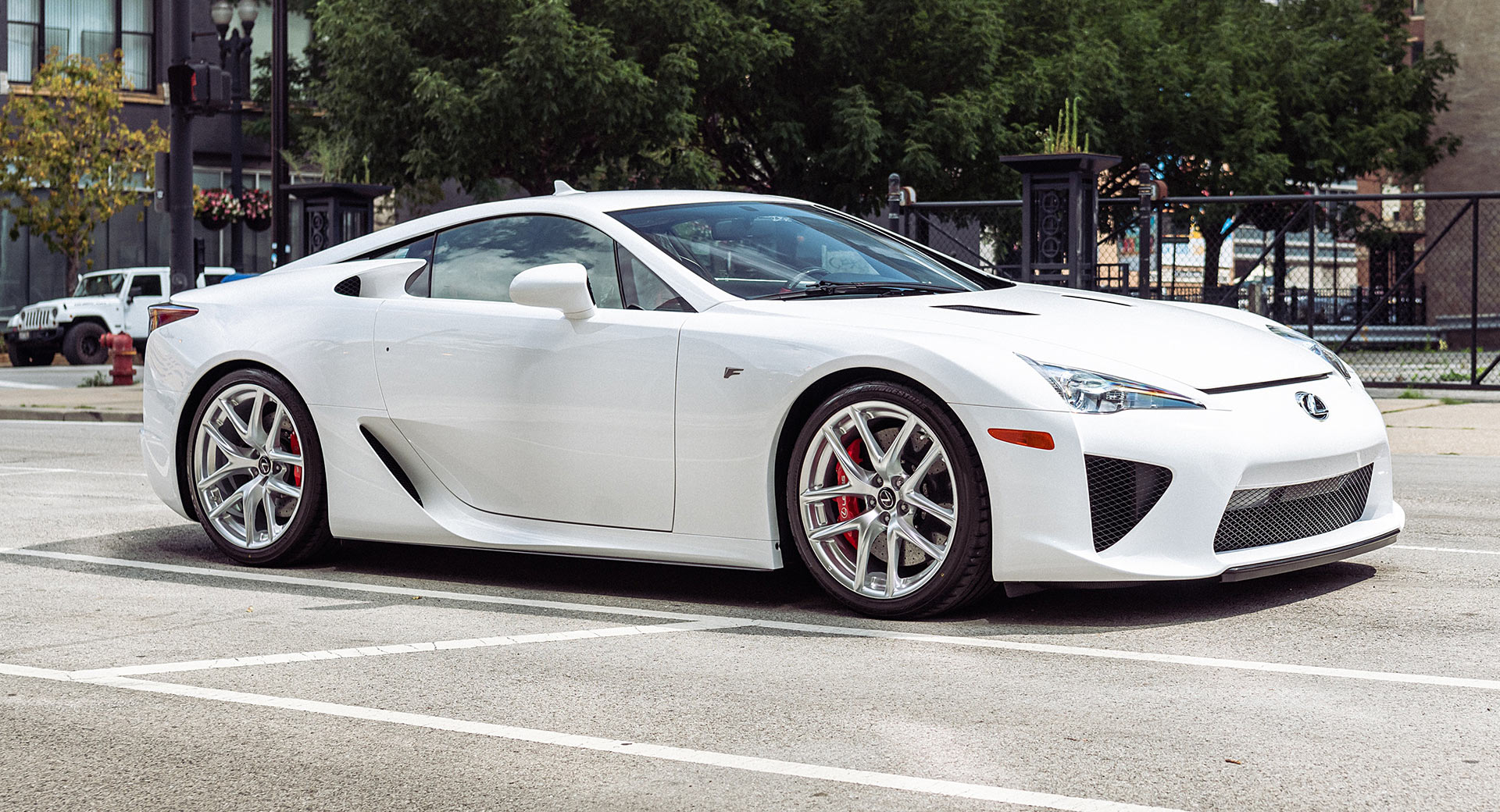 It seems a bit harsh to call the Lexus LFA a flop when this incredible carbon fiber V10-engined supercar was launched into the worst global economic downturn for decades and against Nissan’s freakishly capable and massively cheaper GT-R. And Toyota did sell all 500 it planned to build. But it took almost 10 years to do it. When Ferrari announces a 500-unit run of something special, the cars sell out instantly, but Toyota began LFA production in late 2010 and as recently as 2019 cars were still being registered for the first time. 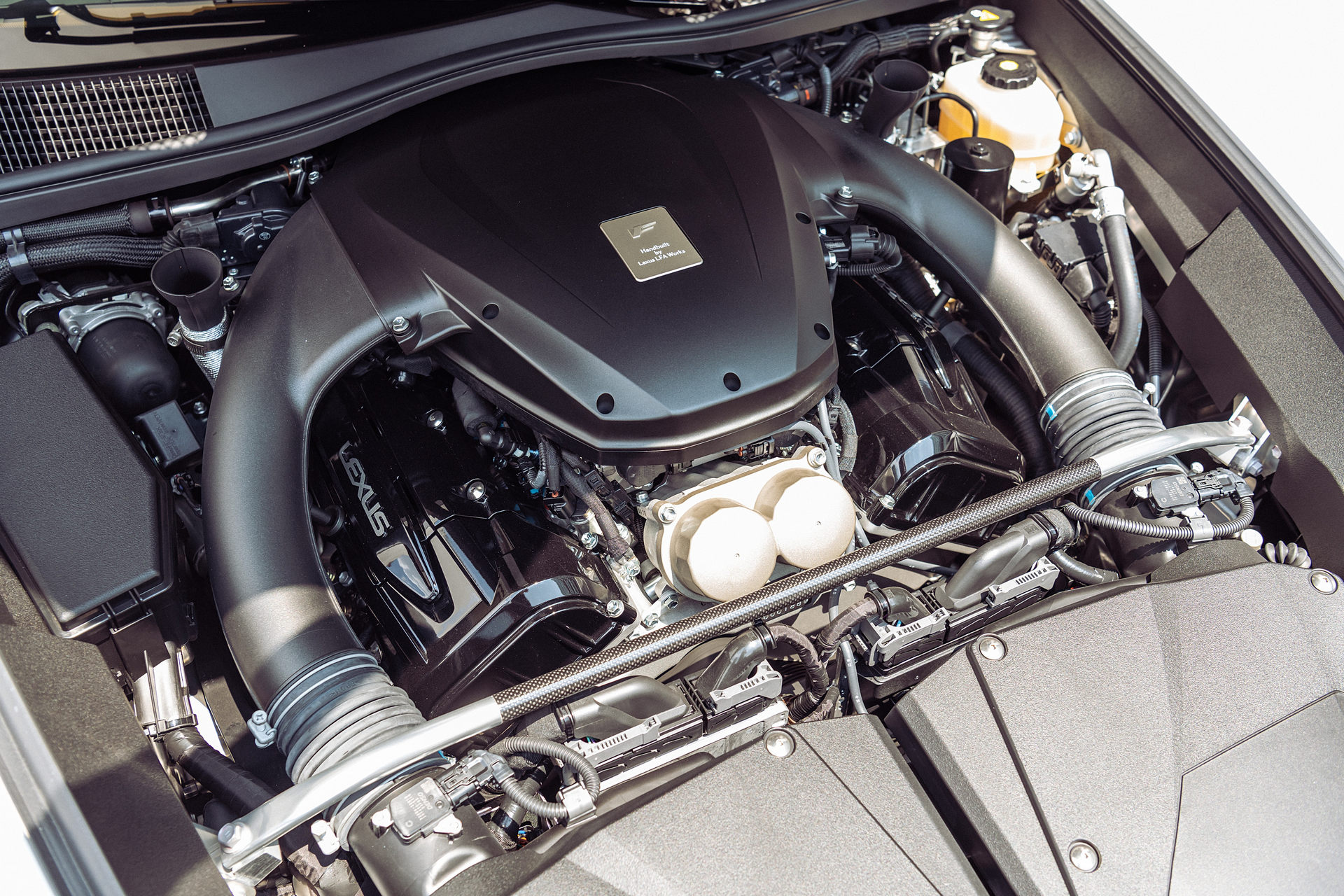 Chances are those more recent buyers will be kicking themselves for waiting so long, because the front-mid-engined chassis layout means the handling is incredible, and that naturally aspirated 552 hp (560 PS) V10 sounds incredible. It’s also likely that they had to fork out far more in 2019 than they would have done in 2011 when the car was listed at $375,000. Today an LFA could cost you between $700,000 and $1 million (more with the Nürburgring package), with prices up a massive 75 per cent on this time last year. 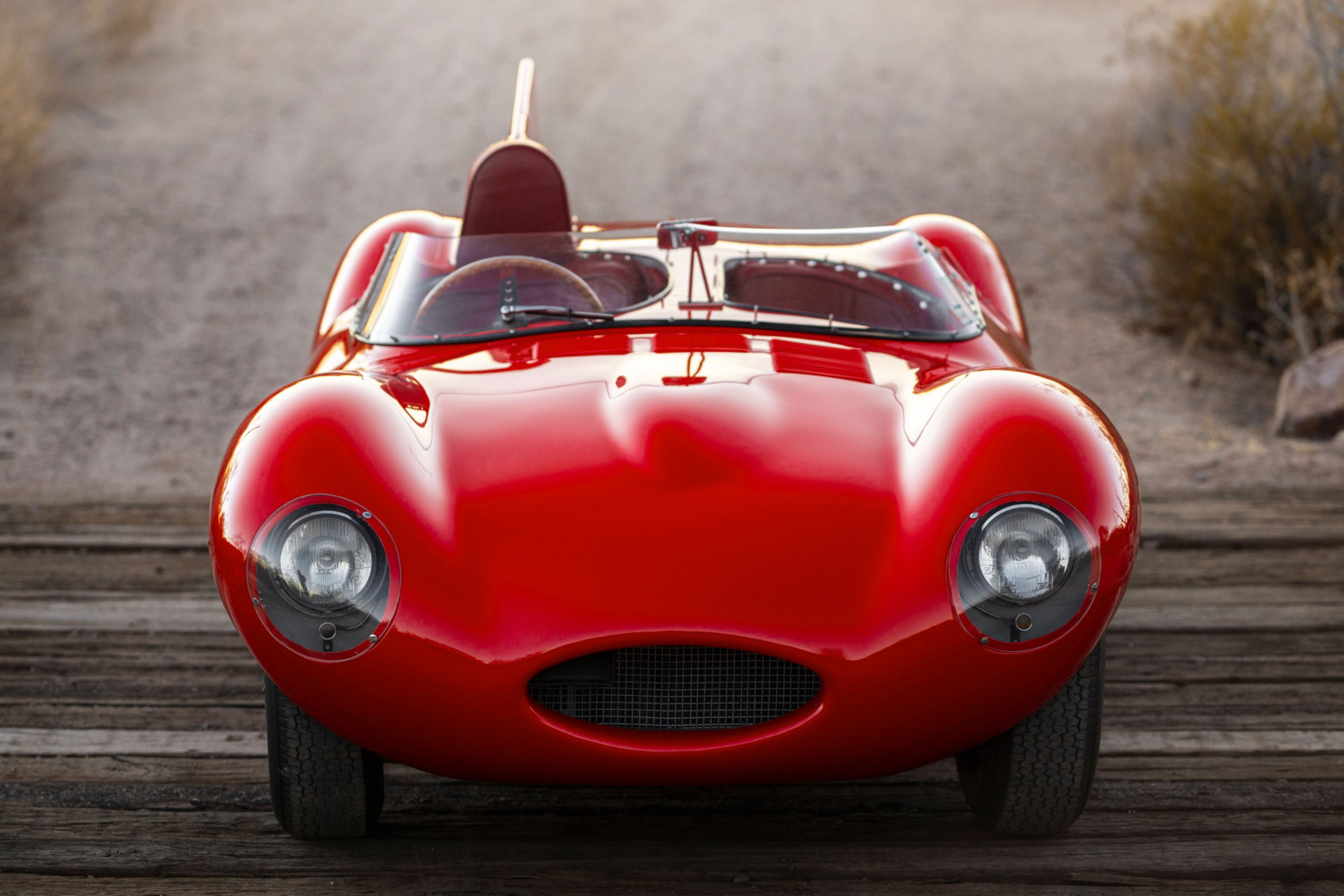 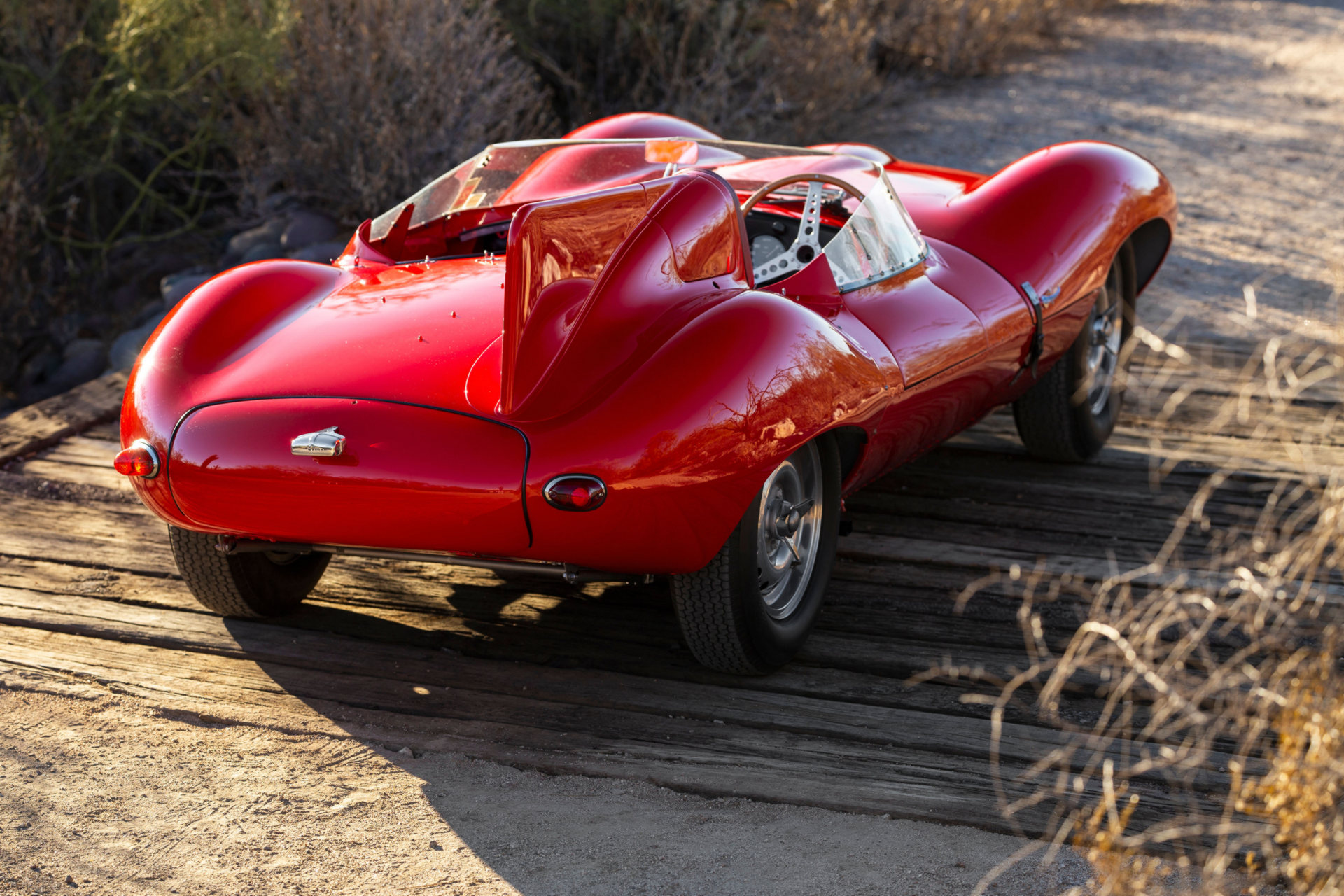 You’ll need upwards of $5 million to get yourself a Jaguar D-Type today thanks to the halo effect of the three consecutive Le Mans 24 Hours wins the cars racked up starting in 1955. But they weren’t so in-demand at the end of 1956 when Jaguar ended its factory racing efforts and was left with a stack of unsold cars. 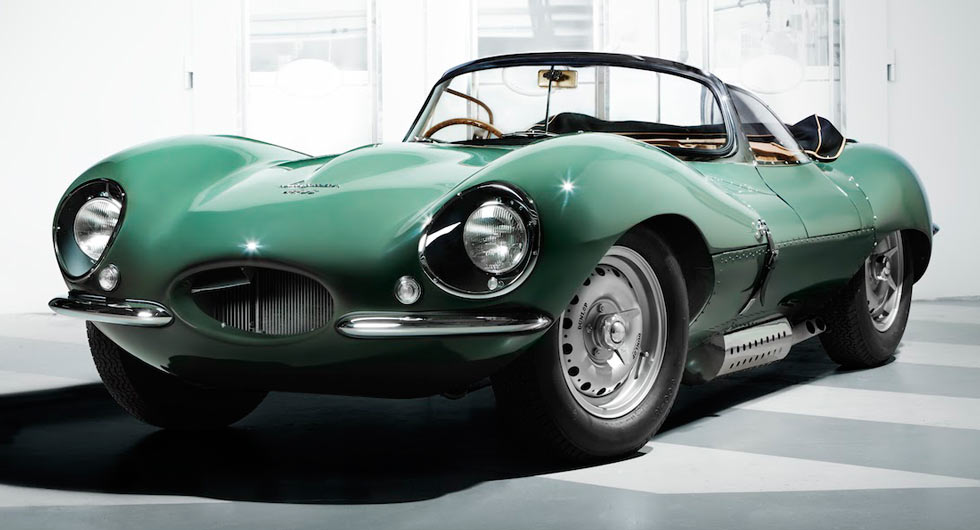 Jag’s solution was to convert the leftover D-Type racers to road cars, giving them new bodywork, a proper windshield and hood, and a new name: XKSS. Sadly, a fire broke in the firm’s Brown’s Lane plant in February 1957, destroying nine of the 25 cars, though Jaguar went on to build nine XKSS continuation models in 2016 using the original chassis numbers to finish the original production run. 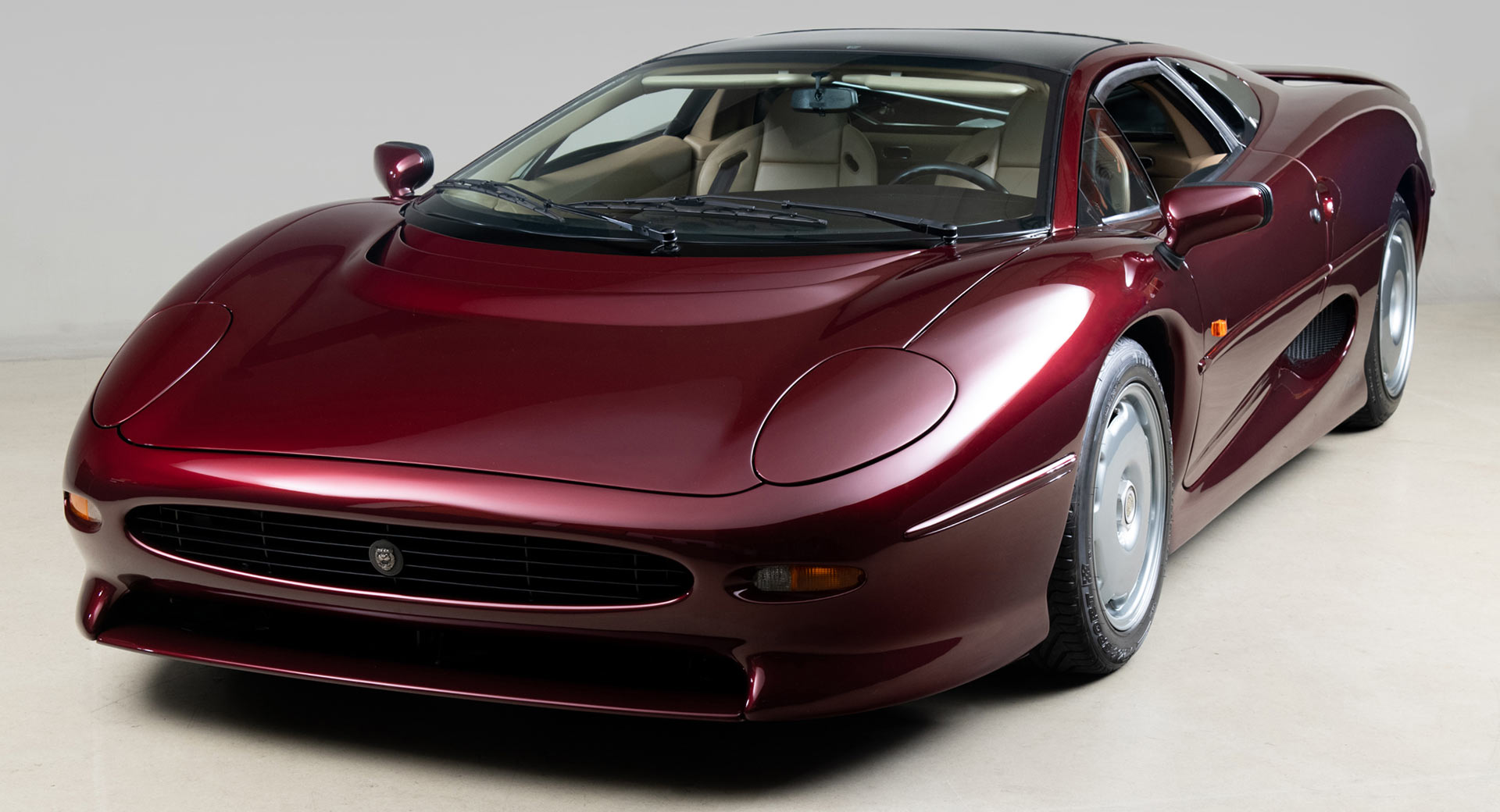 Another Jag that struggled to find buyers was the XJ220. Jaguar had promised its supercar would have V12 power and all-wheel drive, but the finished car had a turbocharged V6 and sent its power to the rear axle. Those changes, plus a sharp increase in price and the car’s arrival into a global recession meant buyers did everything they could to get out of their contracts. When production was wound up in 1994 Jag had built only 281 of a planned 350 cars, and some of those 281 were unsold, but today they’re far more desirable and regularly change hands for as much as $650,000. 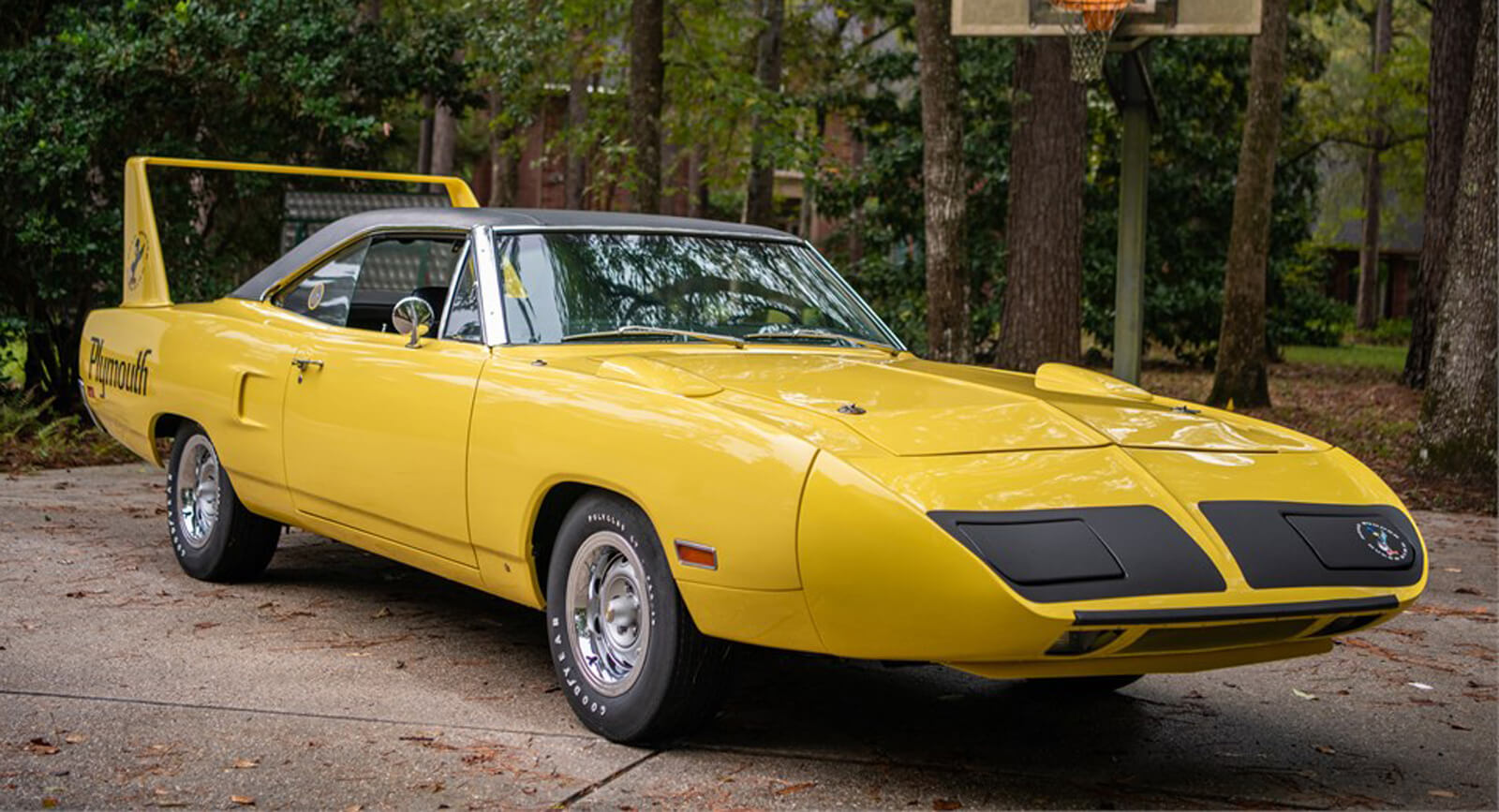 The 1969 Dodge Charger Daytona and its 1970 Plymouth Superbird sister existed only to homologate the giant aero appendages Chrysler’s engineers knew would help them lap NASCAR tracks at 200 mph (320 km/h). Why else would you make them so ugly? 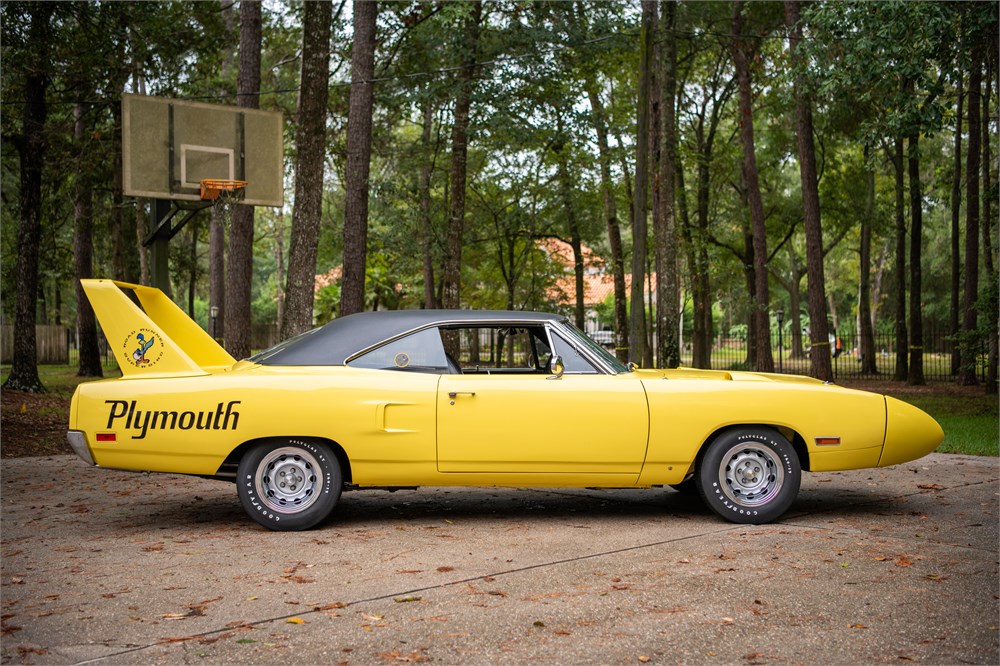 And they are ugly. Oh, come on, they are! We only don’t see it because we’re so wrapped up in the craziness and what the cars themselves represent in terms of the history of NASCAR and of Detroit muscle. But looked at objectively, they’re much uglier than the stock cars they’re based on. Which could be why Superbirds hung around on dealer lots well into the mid 1970s looking about as desirable and fashionable as a narrow-leg suit and pot of hair pomade. 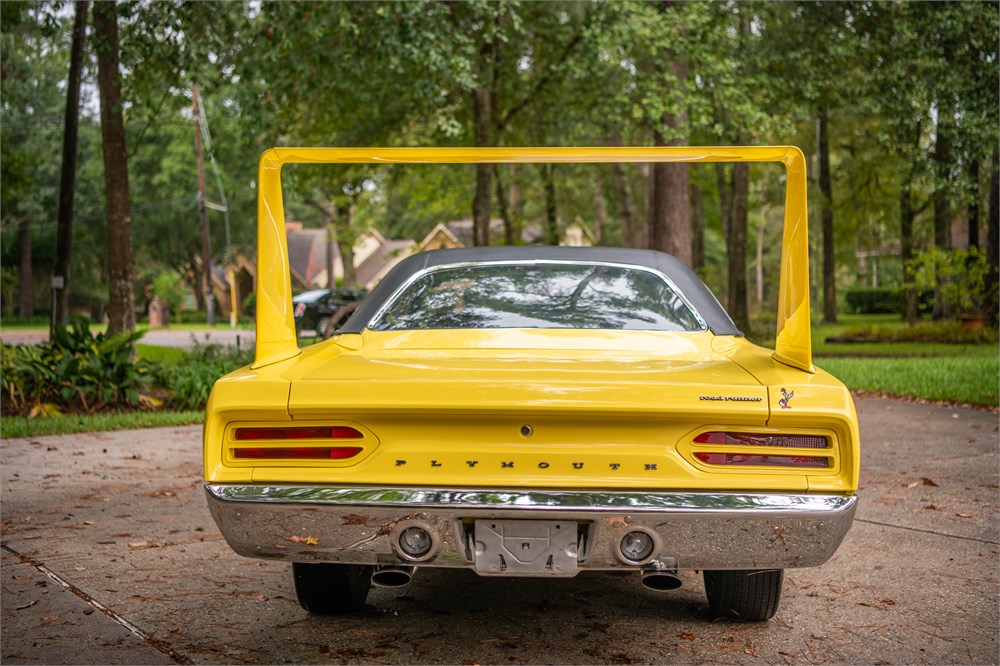 It’s a different story today. Hagerty Insurance says a good condition standard-body Road Runner is worth $39,400 with the base four-barrel V8 and around $80k with the legendary Hemi. But you’re looking at $175,000 and $338,000 for Superbirds with the exact same motors. 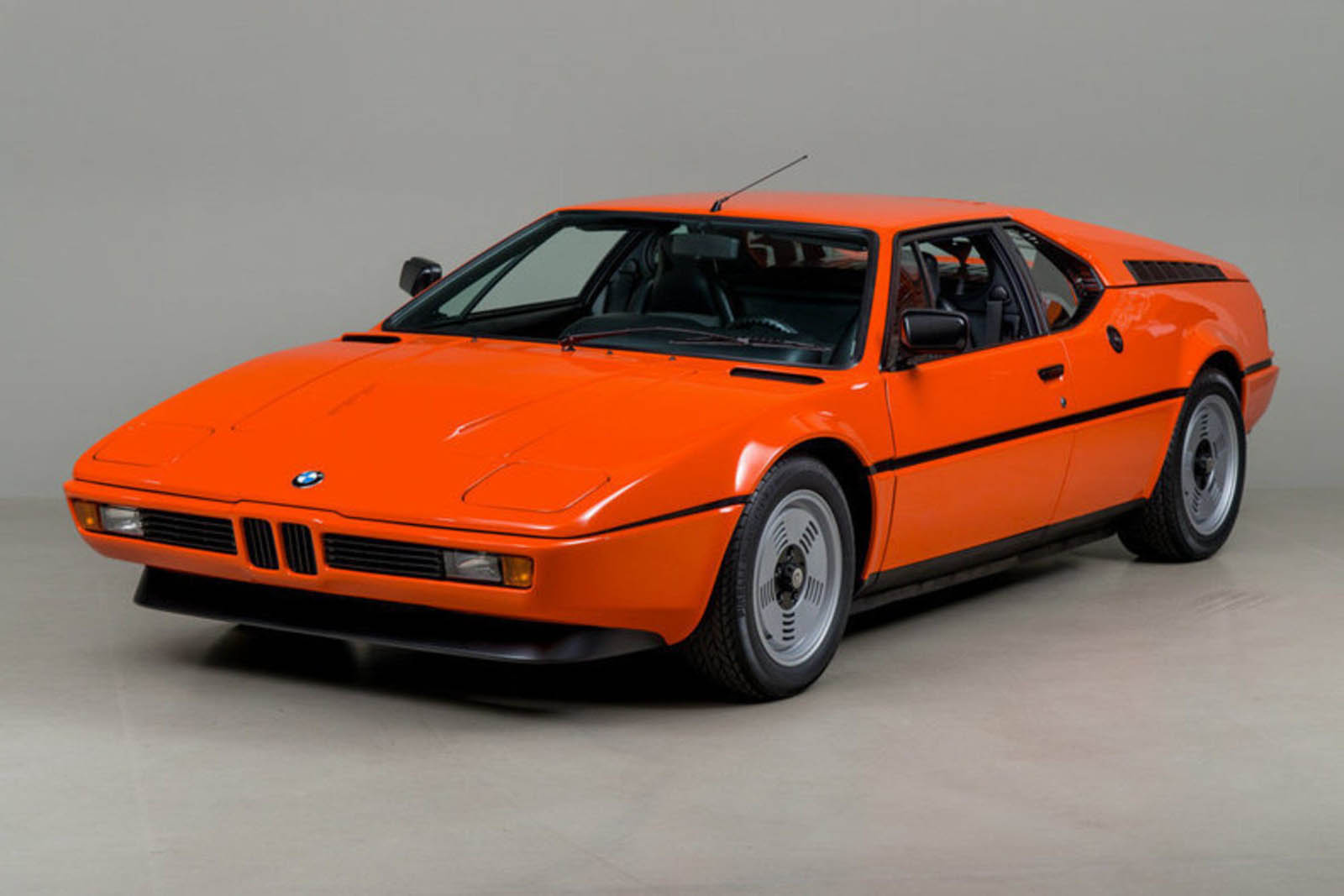 Fresh from founding BMW’s M division in 1972, Jochen Neerpasch had plans to contest Group 4 and the more extreme Group 5 categories, perhaps even win at Le Mans, with a mid-engined sports car. But despite showing a 1972 “Turbo” concept that looked the part, BMW didn’t have a mid-engined sports car, or the production capacity to build one, so it asked Lamborghini to make the M1. Bad idea. Cash-strapped Lambo got way behind with development and missed BMW’s March 1978 deadline for delivery of the first batch of cars that would have allowed the M1 to race at Le Mans that year. BMW terminated Lamborghini’s deal and contracted Bauer to take over production. 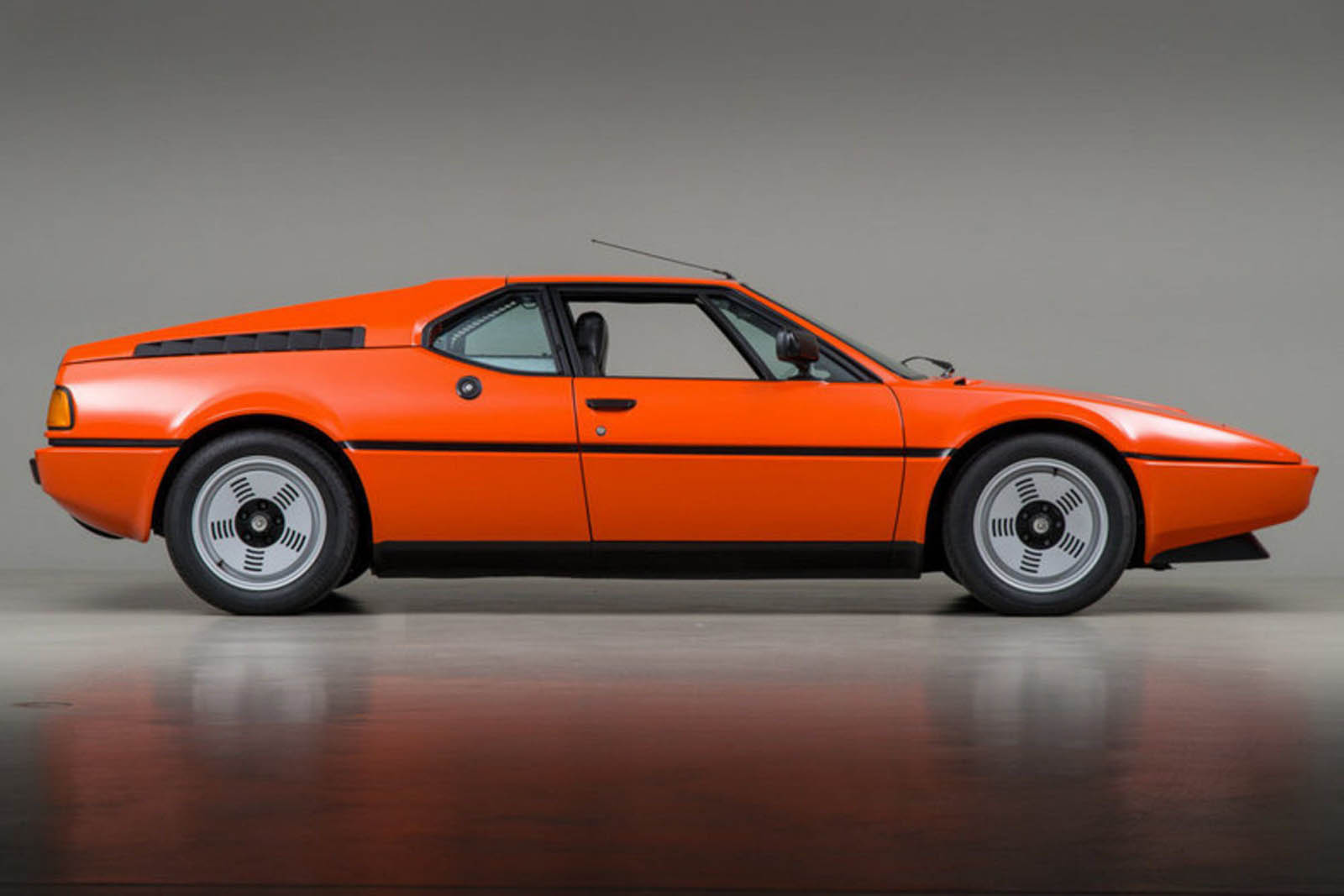 To add to BMW’s frustration, rule changes meant 400 cars would now have to be built before the M1 could race in Groups 5 at Le Mans, and that was going to take forever. In a bid to salvage something from the mess, Neerpasch pulled off a neat move, persuading the Formula One Constructor’s Association to let the M1 race in a one-make Procar series at each F1 event. 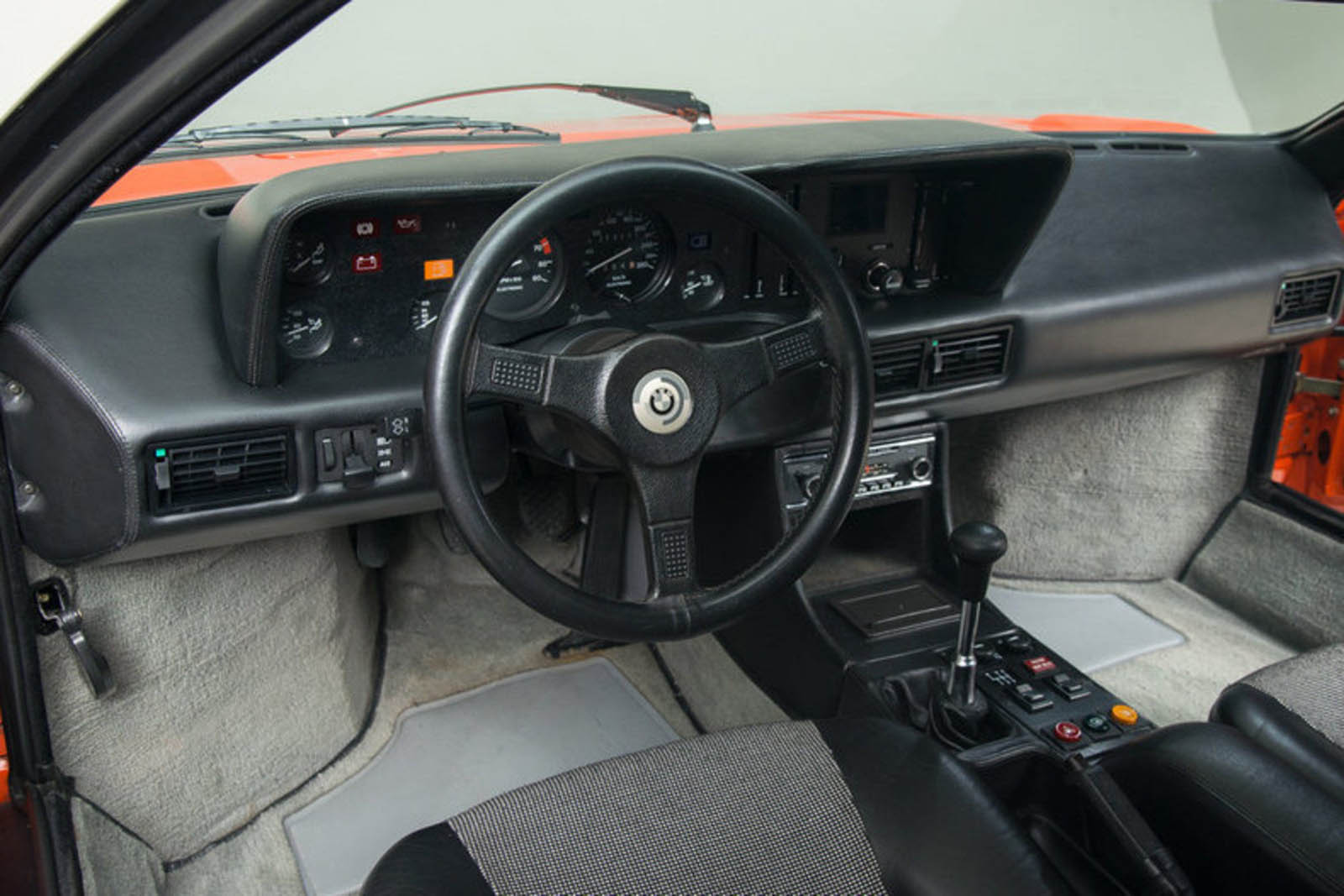 That meant some top-level publicity for the M1, but the exposure didn’t translate into huge sales volumes, partly because the 277 hp (281 PS) 3.5-liter straight six-powered BMW cost even more than a 355 hp (360 PS) 12-cylinder Ferrari 512 BB. BMW dealers were eventually forced to sell them at less than list price, and production was wound up in July 1981 after 454 cars had been produced. Four decades on though, the BMW isn’t merely slightly more expensive than that Ferrari Boxer. Hagerty quotes $205,000 for a good condition 1980 Ferrari 512 and $440,000 for the M1. 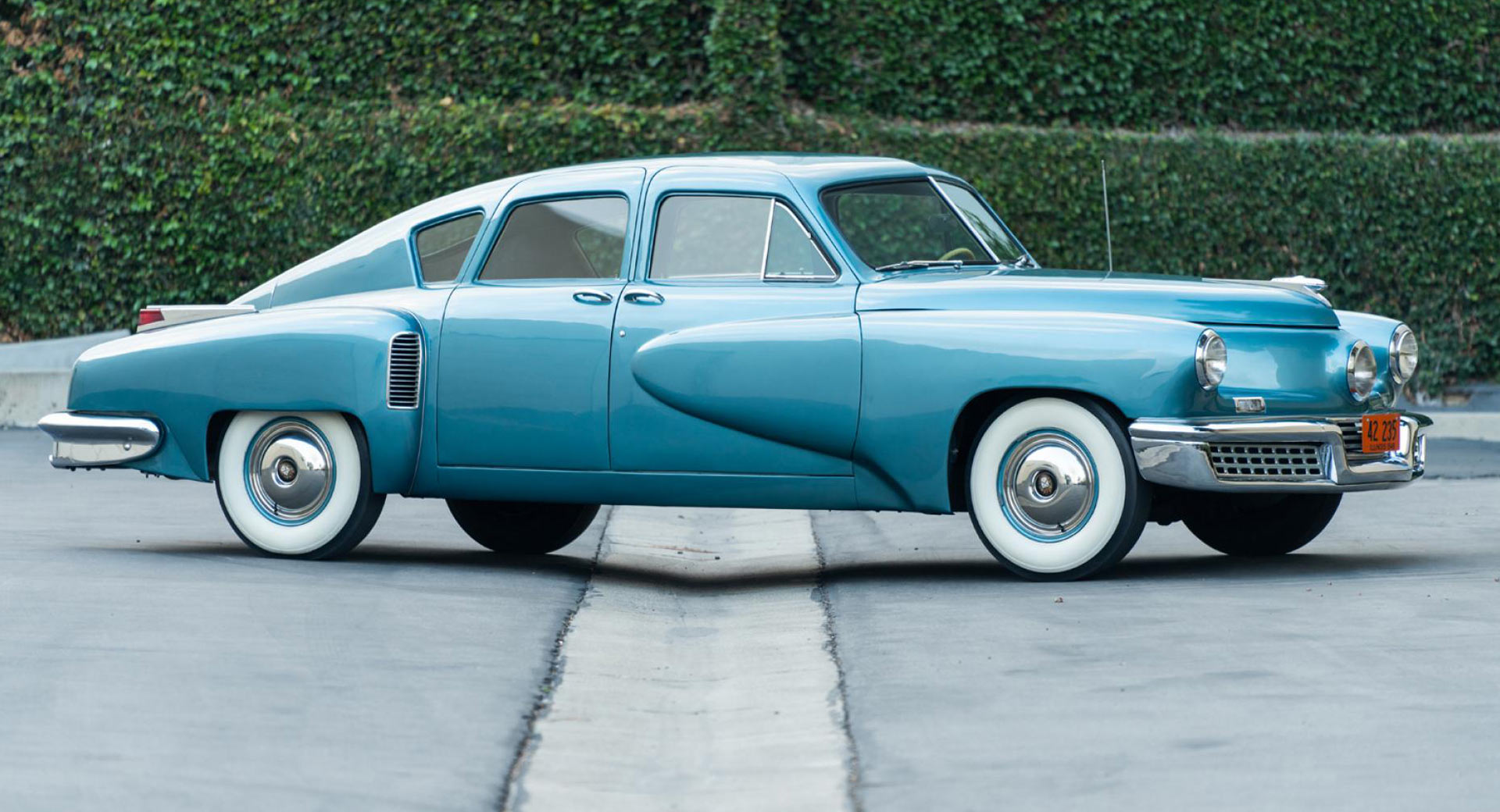 Preston Tucker’s Torpedo, or the Tucker 48, to use its correct name, beamed into the post-war American landscape looking like something out of a schoolboy’s sci-fi comic. The space-age styling clothed a chassis fitted with fully independent suspension and disc brakes, a flat-six engine designed for a Bell helicopter, and it was fortified with futuristic safety provisions like an integral roll hoop, padded dashboard, and swiveling center headlight. 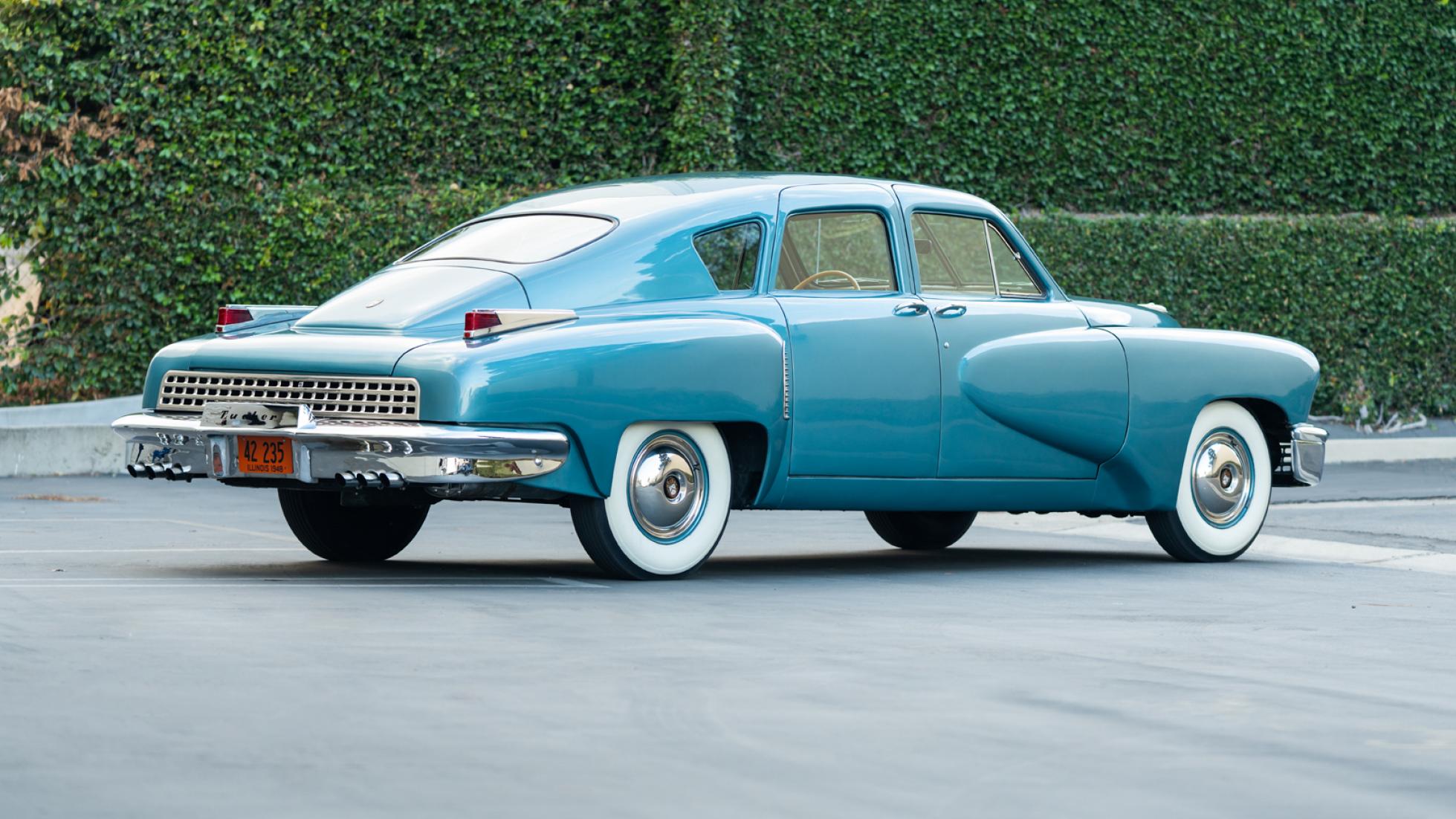 Related: The Only Tucker 48 Convertible Prototype On Earth Is A $2.5 Million Piece Of Automotive History

But the car suffered a disastrous press launch where its underdevelopment became all too evident, and Preston Tucker’s numerous ill-advised decisions like buying old Cord transmissions and spending a fortune to have them overhauled, ensured the company was burning through cash at a record rate. When word got out that the U.S Securities and Exchange Commission (SEC) was investigating Tucker, investment and consumer confidence collapsed, taking the company with it.